How can we prosecute half a million Syrians? 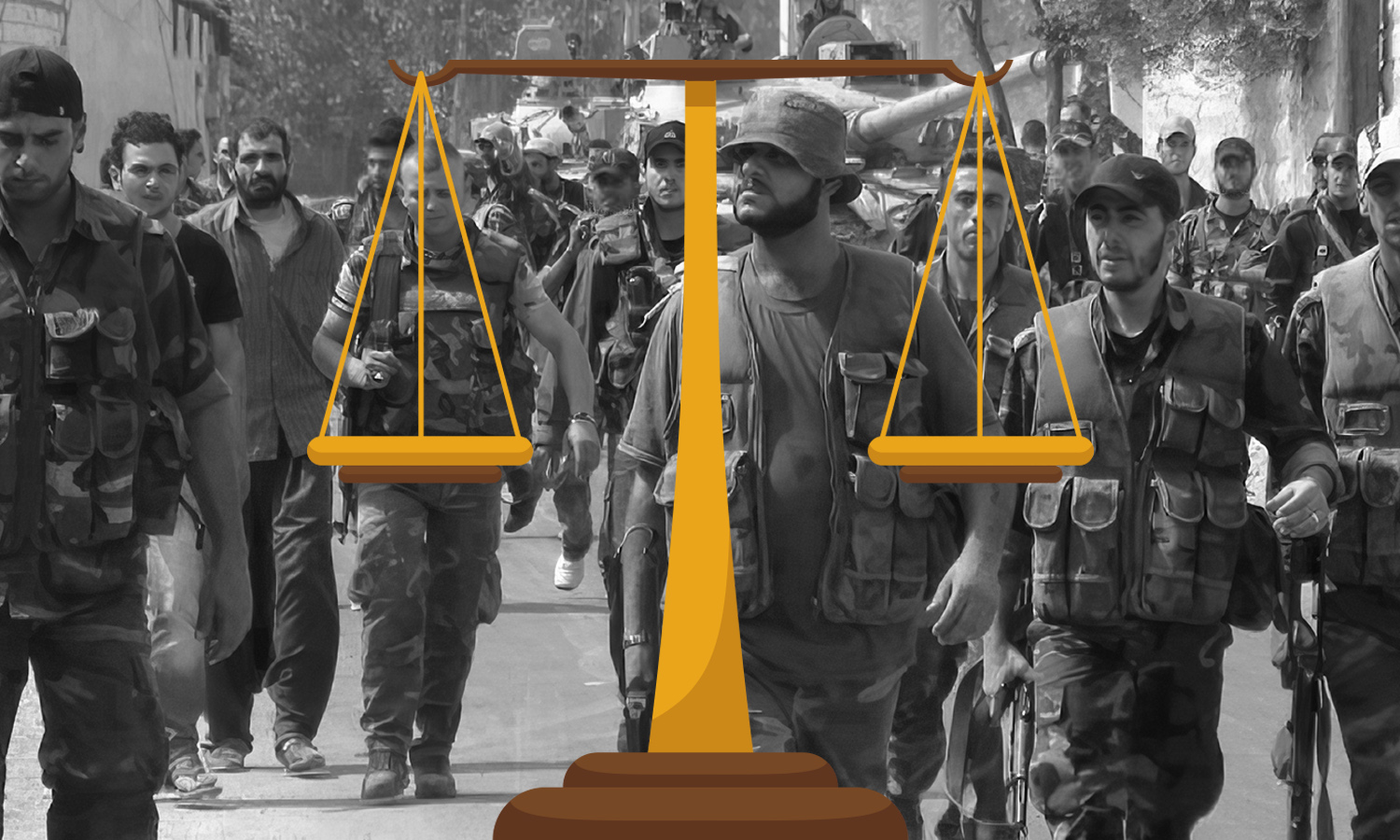 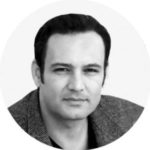 This article is translated from the original text in Arabic

We as Syrians have been demanding justice for years, especially the justice we get through the courts, by punishing the criminals (retributive justice). At the same time, we believe we know what justice we are asking for. In fact, we don’t really have a perception of it yet. There are many questions that we must look for answers to, including:

Who shall we prosecute? In which courts?

In this article, I do not answer these questions, rather I only raise them, so that we as Syrians become aware of where we are today, and so that we do not waste our efforts and time on what seems dreamy claims that we will never reach.

We must first be aware that international law and judicial systems do not differentiate between criminals based on their affiliation. One of the most important rules on which laws and judicial systems are built is non-discrimination, “the law is above all” and the rule of law, which is one of the foundations that motivated the Syrian people to revolt against the Assad regime, which distorted the law and practiced injustice towards all groups of Syrian society. Any demand to hold a person accountable and another not to be held accountable for his sectarian, regional, or political affiliation, etc. are demands that international judicial systems or international justice do not take into consideration, and do not consider them at all, as these demands destroy the essence of justice and violate the most basic legal rules. Courts in Europe, for example, did not differentiate between the perpetrators in terms of their affiliations, so they tried those affiliated with ISIS, Al-Nusra, the Free Syrian Army, and the Syrian Regime for committing crimes.

In Syria, any such demands in the Syrian society and in the criminal prosecution mechanism will destroy the whole idea of ​​justice and the law and will only lead to more instability and injustices.

Who shall we prosecute?

There is more than 200 thousand intelligence personnel in Syria. According to the structure and tasks of the intelligence services and the tasks of their members, and reports on the treatment of prisoners by their jailers, all or most of the members of intelligence branches presumably committed, contributed to, or condoned crimes while they are in a position of responsibility. All these acts are punishable by law. In Assad’s Syrian regular army, Shabbiha groups, Popular Protection Committees, there are perhaps tens of thousands or more who have committed crimes against civilians. To hold them accountable in a fair judicial process, it takes an enormous number of courts, expert judges, expert lawyers, infrastructure, material costs, and time. Let alone non-Syrians who committed crimes in Syria including Lebanese Hezbollah, Iraqi, Afghani, Pakistan Militias, Foreign ISIS members, and Russian official and mercenary forces including the Wagner Group.

Do we know how much effort and time is required to try one person? It may not be possible to assess the time period required for the prosecution of a single person or case, but the due process for fair trials provides a sense of this period.

An example of the stages and requirements of the due process, if the plaintiff is an individual:

In general, the criminal prosecution process begins as follows:

The personal claimant submits a report or information to the police.

The competent police look into the information and assess whether there is sufficient basis to arrest the suspect.

The police arrest or summon the suspect.

The police investigate the case and interrogate the suspect (without torture).

The police refer the case to the judiciary if the referral conditions are met.

The hearing and the judge’s questioning of the plaintiff, witnesses, and experts, and the initial and final statements of the defense and prosecution attorneys begin, and then the judge issues the verdict.

After the verdict, the defendant has the right to appeal, object, or taking the case to a higher court.

These are the stages that are required to try one person or one case. Each stage requires a period of time that respects the procedures of a fair trial.

How much time and resources do we need to hold tens or hundreds of thousands of people accountable in courts and jail them? Bearing in mind that the documentation and information accumulated by the Syrian and international documentation organizations do not provide evidence against individuals, but rather of crimes in general, with the exception of the well-known names of Bashar al-Assad, the head of the regime and the leaders of his regime, and some others. The number of individuals against whom information and evidence are compiled by documentation may not exceed hundreds. Even these people must go through a fair judicial process. The evidence and documentation currently available by these organizations are not sufficient to judge them.

Obstacles to this judicial process:

There are a large number of obstacles that will face criminal prosecution in Syria, including, for example, widespread corruption in the judiciary. The lack of expertise and legal texts needed to prosecute such crimes, which requires knowledge of fair trial conditions, war crimes, and crimes against humanity, which also requires training large numbers of judges and lawyers. Initially, setting the judiciary to adhere to fair trial procedures.

There are other practical obstacles, such as the absence of the suspect persons at their addresses, or the inability to arrest them, because of blocking by their families or tribes. In addition to the financial capabilities of the plaintiffs and the defendants that are necessary to appoint lawyers, travel, and frequent the competent court. It may take the creation of a large number of courts and it also requires funding, time, judges, lawyers, etc.

On top of all that, there are large numbers of Syrians who were affiliated with other armed groups who have committed crimes, such as ISIS, the “Jaish al-Islam” who detained civilians in cages and used them as human shields and kidnapped civilians from Adra and other crimes. The Al-Nusra Front, the Islamic factions, and the Free Syrian Army factions. Kurdish forces also committed crimes related to displacement and others. The Turkish-backed Syrian forces also committed crimes related to displacement, looting, and other crimes.

We cannot start  criminal prosecution processes in Syria that is only accessible to the victims of Assad excluding the victims of ISIS, al-Nusra, and other factions and forces. Consequently, the number of those who can be held may reach half a million or more. Such a number shouts that retributive justice that includes every Syrian who committed a crime since March 2011 is a dream, today and tomorrow, especially since the passage of time constitutes an additional obstacle to trials.

There are also other indications that a “successful” criminal prosecution process will not be achieved even in the future. For example, when the trial of Anwar Raslan began in Koblenz, Germany, voices appeared opposing his trial, among them those who say that he is from the Sunni community, or because he is from Homs, or because he has defected and “with the revolution”.

Another example is when Magdy Nehme, a member of Jaish al-Islam, which is accused of kidnapping the prominent Syrian rights lawyer Razan Zaitonueh, was arrested in France, prominent figures representing the Syrian opposition, such as Moaz al-Khatib, and Khaled Khoja, both are former heads of the Syrian Coalition Of Opposition, opposed his arrest, apparently because of their ideological affiliation.

Some tribes in Deir Ezzor also mediated the release without trial of their members accused of belonging to ISIS detained by Kurdish authorities.

These indicators are only examples of the role of sectarianism, tribalism in distorting the basic principles of justice and law, which are widespread in our Syrian society, and which will be one of the biggest obstacles to achieving fair retributive justice.

We must take a break from demanding justice, and ask ourselves: What justice do we want? Is it only retributive justice? Should we only prosecute high-ranking officers? In international or national courts?