Syrian Women’s Political Representation: From Zero% to the Highest in the World 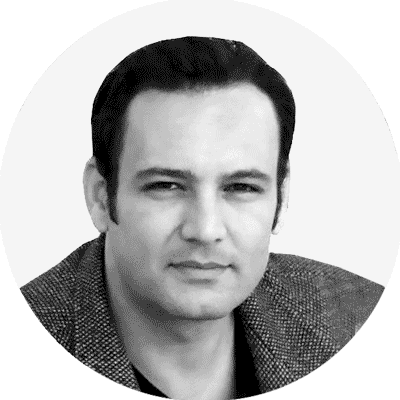 The world celebrates International Women’s Day on 8 March every year, an occasion to consider the progress made in women’s rights, to call for change, and to celebrate the work, courage and resilience of women in fulfilling exceptional roles in their countries and societies.

In Syria, there is still a long way to go to normalize women’s rights in political representation and participation in national decision-making. The facts and figures show oppression and unjust absence of women and their role in decision-making and legislative circles. Rather, the numbers indicate a decline in the role of women in political life and decision-making, even from the previously miserable situation.

Any discussion of a growing role for Syrian women and the advancement of their rights will not be misleading unless it considers their role and representation in the governing power structures and institutions, not just in civil society and its organizations. In the end, the presence of women in decision-making and legislative circles plays a pivotal role in people’s lives. The role of women in civil society, despite its paramount importance, cannot be compared with the effectiveness and timeliness of their governmental roles.

Syria was the first Arab country to grant women the right to vote in 1949, and before European countries in which women enjoyed full rights, such as Greece, Switzerland and Portugal. However, the situation today indicates a decline in women’s rights in “Assad’s Syria” and the areas of Syria controlled by the opposition, except for areas controlled by the “Autonomous Administration in northern and eastern Syria.”

Although the People’s Assembly elections of the Syrian regime are farcical in nature, the percentage of women’s representation is 11 percent, which is one of the lowest representation rates in the world and lower than the global and regional averages. For example, in 2020, the percentage in the Saudi parliament was: 19.9%, Afghanistan: 27%, and Somalia: 24.4%.

As for the ruling Baath Party of the Assad regime, out of the 14 members of the central leadership of the party there is one woman, or about 7%, and in the regime government there are 3 women out of 31 ministers, representing about 9%.

“The National Coalition of Syrian Revolution and Opposition Forces” the opposition political entity the international community contributed to establishing and continues to support and considers it a legitimate representative of the Syrian community, includes among its members only eight women out of 91 members, or about 9%. At this rate, the opposition coalition presents a miserable picture of the future Syria, which is the political umbrella that is supposed to represent the Syrian opposition. This distorted ratio represents one of the lowest representation of women in the world. Also, among the representatives of the coalition in other countries, there is one woman out of ten people. In the “Interim Government” of the coalition, there is one woman out of eight.

All eight women in the coalition are independent, according to its website, meaning that there is no representation of women in any of the political blocs that make up the coalition, including the “Damascus Declaration”, “Syrian Local Councils” and the “Kurdish National Council.”

The “Salvation Government” affiliated with the radical Islamic group “Hayat Tahrir al-Sham”, which is classified as a terrorist group, and controls Idlib and its areas has ten ministers with no women among them. Its “General Shura Council“, which corresponds to parliaments, does not include any woman among its 107 members.

The highest representation in the world

In contrast, the Autonomous Administration of North and East Syria requests all its governmental entities and establishments to have 50% women. The “co-presidency” system used in the Autonomous Administration imposes the right to make decisions within the administration’s institutions equally for women and men, and requires every institution to have 50%  of women representation. This is one of the highest representation rates in the world for the year 2020, after Rwanda (61.3%) and Cuba (53.4%), and is equal to that of the UAE.

The low percentages in Syria of women’s representation in political and legislative entities and decision-making circles constitute a dangerous indicator of the extension of the culture of discrimination against women, and of the future of their representation in political transitions or transitional justice, where the essential role of women in this process is dropped, to become patriarchal transitional justice. In addition, the role of women in the processes of transition and societal change and civil society should not be limited to the mothers, wives, or daughters of male victims, but it should include women as leaders, regardless of their relationship to male victims.

This article first appeared in Arabic.