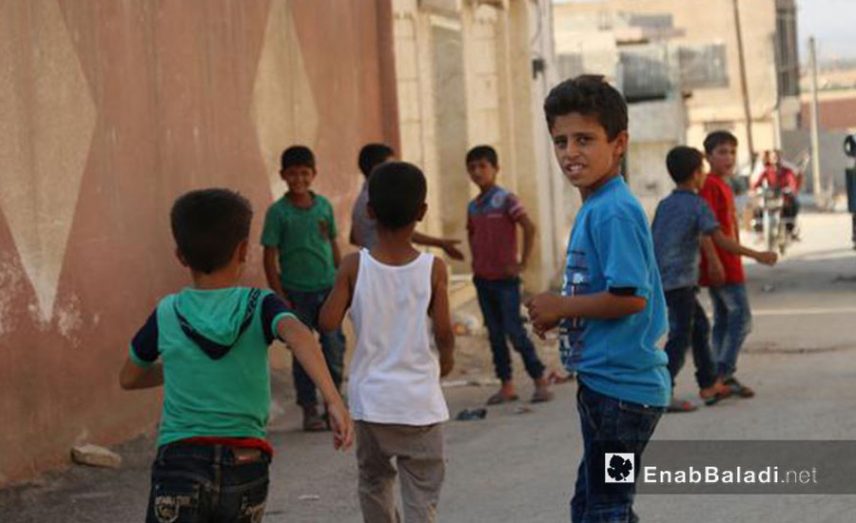 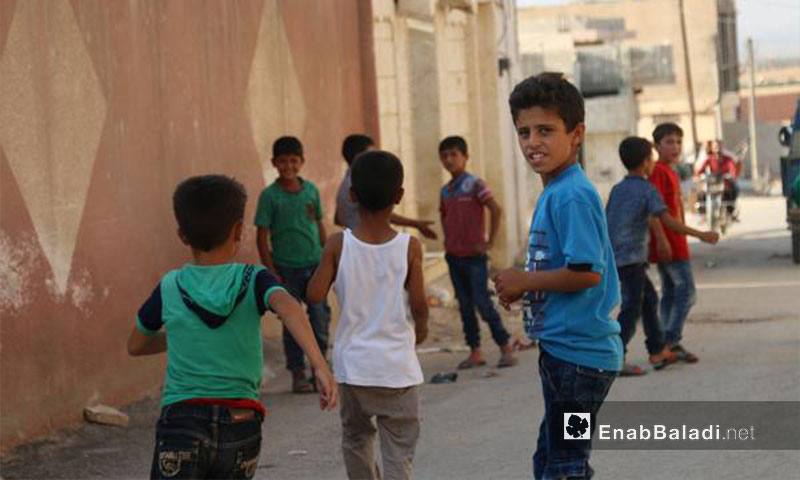 Officials and education bodies are working to stem the flow of school dropouts as the rebel-held province faces renewed bombardment, Enab Baladi writes

When 7 a.m. draws near in the city of Idleb, as groups of children should be walking to school, children of school age without bags can be seen wearing working clothes or playing in the alleys or in the doorways of their homes.

With the overlap of the military and civilian situations in the province of Idleb, the complexity of managing the education process has seen an increase in student dropout rates with the start of the current school year on Sept. 16.

Some of those who met with Enab Baladi in the Idleb countryside spoke of the educational process floundering in the province. Dr. Abdou Hassan, who works in Maarat al-Nouman hospital, said that the reasons are due to the “absence of the correct educational body in the liberated areas and the floundering of its divisions because it is not comprehensive and suffering from major problems, notably the curriculums.”

The doctor noted the many breaks as a result of classrooms stopping work, explaining that “a break could go on for weeks, which makes education unorganized.”

He also noted the “spread of child labor to help with living expenses, which has increased dropouts.”

There are no precise statistics on the number of students who have dropped out of school in Idleb, while the local council of Ariha estimates their number at about 1,190 students.

Alaa Ahmedou, head of the educational bureau in the council, told Enab Baladi that they were working in cooperation with the education directorate to address the problem through an agreement to start expedited education courses. “We have opened two centers each receiving 55 students who had dropped out.”

The head of the office said there was continuous communication with education organizations to establish centers, noting that “these steps will address a part of the problem, and will be followed by other steps.”

Idleb was included in the de-escalation zones agreement according to the outcomes of Astana 6 on Sept. 15. With the beginning of the fighting in the northern and eastern countrysides of Hama a few days ago, Russian and regime warplanes have escalated bombardment of towns and villages of the province.

The “free” education directorate oversees the administration of schools in the province of Idleb, including those under the authority of organizations working in the education field such as the Qabas and Irtiqaa groups, which manage four schools in the city, while other groups manage schools on the provincial level.

Mustafa Hajj Ali, the education directorate’s media officer, said that there were no precise statistics for this year, as “it is still early to obtain them in light of the bombardment which reduces the ability to specify the real numbers.”

The directors of some schools in Idleb have estimated the rate of return of dropouts this year at about 7 percent. But this number has been impacted negatively by the bombardment despite the fact that the schools have barely started their year, according to Hajj Ali. He said that the directorate has been “fighting dropouts and trying to reduce them since last year.”

The problem of dropouts is not new in the province, but it has grown recently, according to parents of some students, who noted the increase in difficulties, most prominently the “poor living conditions and return of bombardment.”