Deported from Turkey and threatened with death in Syria: Brigadier General Ahmad Rahal where to? 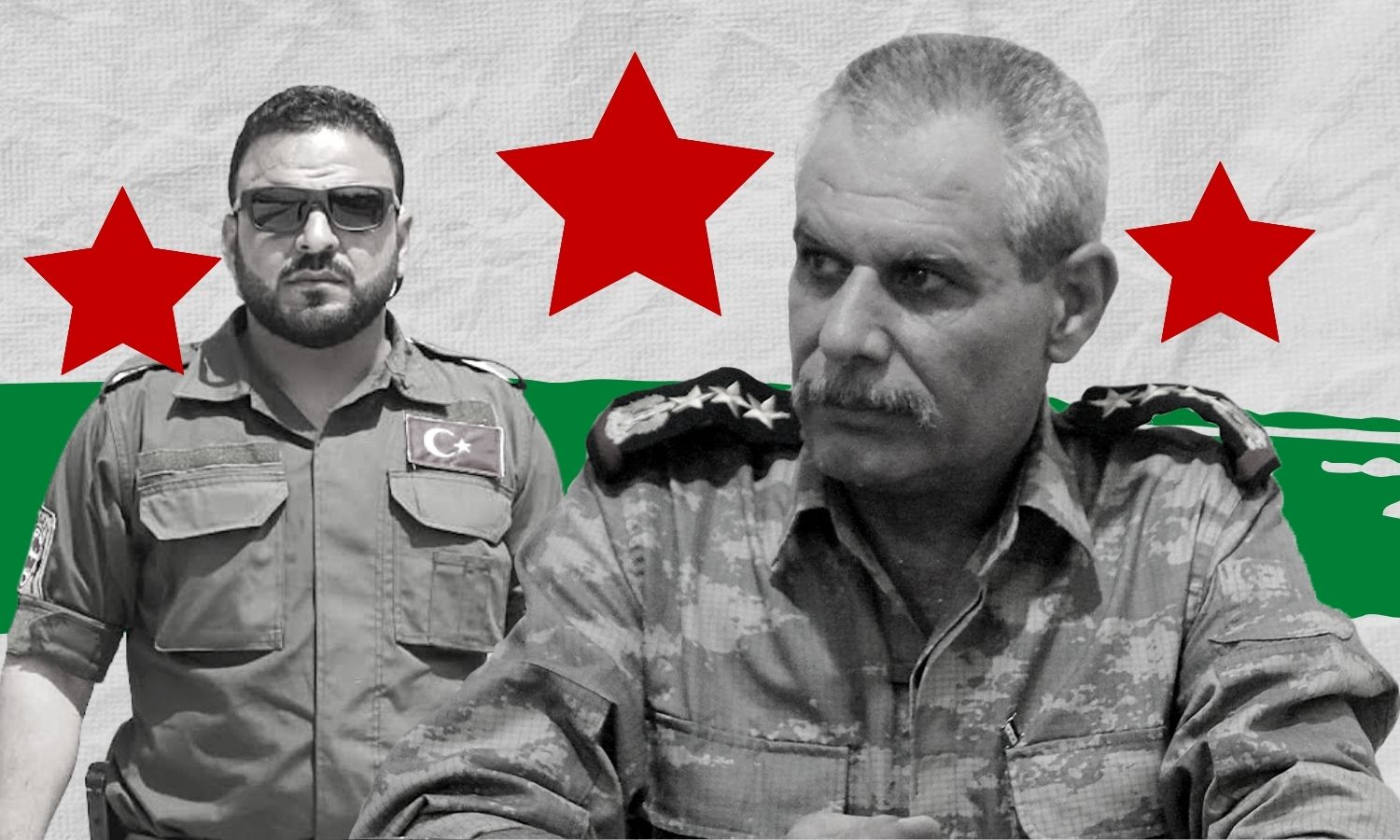 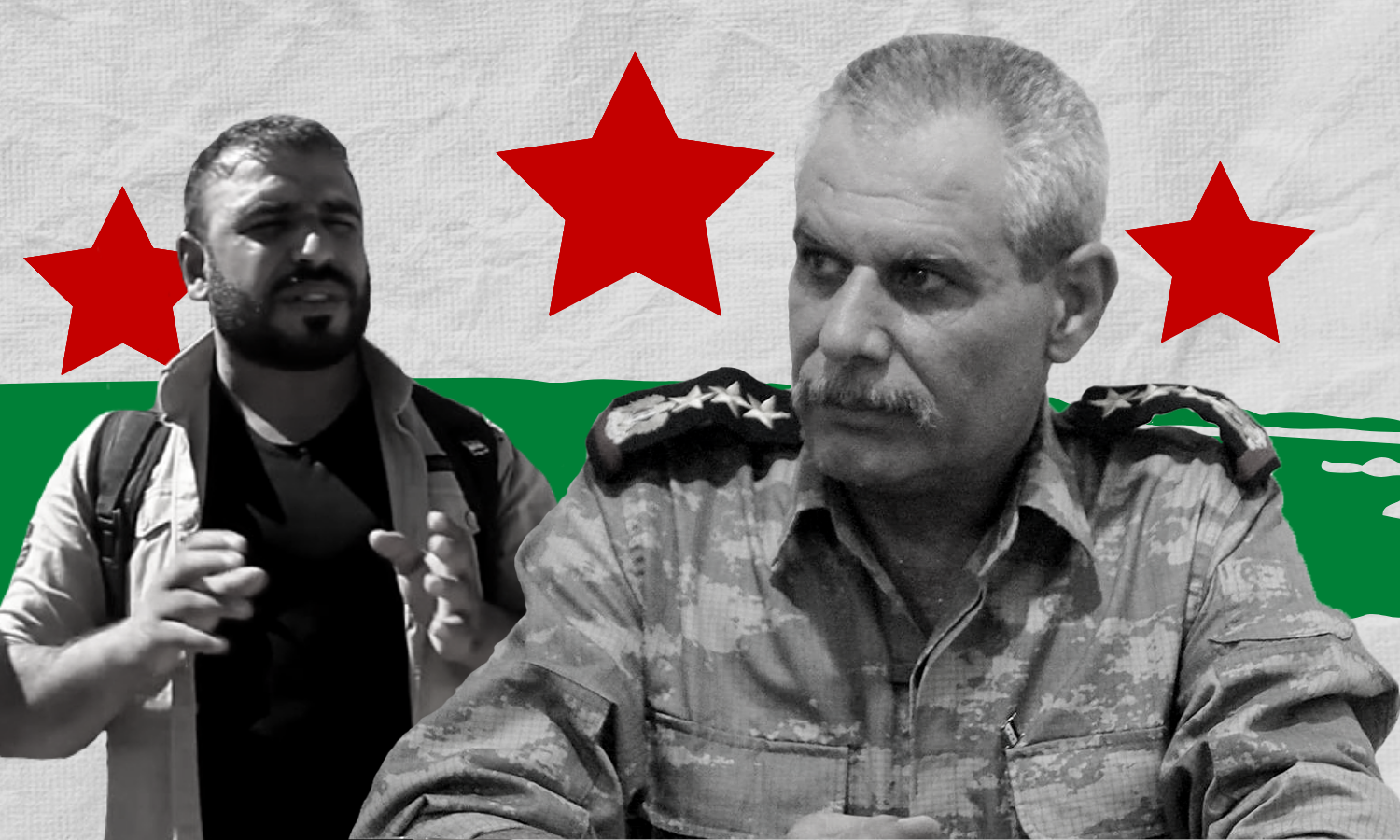 Defector Brigadier General Ahamd Rahal is waiting for the implementation of a deportation order from Turkey while facing death threats from an opposition-affiliated armed group should he set foot in Syria.

Sultan Suleyman Shah Brigade, operating within the Syrian National Army (SNA), obtained a court order sentencing Turkey-based Brigadier General Rahal to three years in prison. The brigade publicized the verdict in a video posted by its command on its official platforms on 21 May.

The video featured a group of the brigade’s commanders and officers in a meeting room, with one of them reading a statement outlying the reasons for the verdict. The statement said that Rahal was judged thus because he “appeared on anti-revolution TV channels, showing contempt for and slandering the [SNA] institution, particularly and persistently the Sultan Suleyman Shah Brigade.”

Notably, the armed group is not entitled to deliver such prison rulings, especially since there are both military and civil judiciary systems in the areas held by the SNA and where the group operates.

Brigadier General Rahal told Enab Baladi that Turkish authorities arrested him in August 2020 due to “fabricated” reports, accusing him of working for foreign intelligence services.

Rahal denied the charges filed against him, saying that said reports were filed in retaliation to a personal dispute with the commander of the Sultan Suleyman Shah Brigade, Muhammad al-Jasim, known by his nickname Abu Amsha.

According to Anadolu Agency, on 16 May, the Turkish government announced it has captured a drug shipment at the İskenderun Harbor, south of Turkey. The seized substances were heading to the United Arab Emirates (UAE).

At the time, Brigadier General Rahal accused SNA-affiliated figures, including commander Abu Amsha, of smuggling these drugs to the Turkish harbor.

In response, Abu Amsha took to Twitter. He said that Rahal’s statements “absolve” the Lebanese Hezbollah and the Syrian regime, as well as the PKK militias from the drug trade while blaming it on the Syrian revolution and the SNA.

Abu Amsha also said that Rahal’s statements regarding the SNA activities are “a media defamation campaign against Turkey’s stand with the Syrian revolution.”

Rahal told Enab Baladi that he started receiving death threats after he criticized the practices of the SNA-affiliated armed groups in northern Syria, which resemble to a large extent the work of “mafias.”

Rahal said that in mid-2020, while deployed to Libya, Abu Amsha called him and said that he had a lot of respect in store for him. The next day, all this changed into insults and threats.

The threats Rahal received increased as he continued to criticize the SNA command and policies. Threats became daily, he even received dozens of threats on the same day.

Rahal said that he was sent hostile messages through WhatsApp, threatening him with death or kidnapping. Lately, senders even threatened to harm his family, his wife and daughter.

Rahal told Enab Baladi that while he was delivering a lecture in Ankara, Turkey, he received a WhatsApp photo, of his wife and daughter, who accompanied him for the lecture. The photo was sent with a message saying that “even your family is under surveillance.”

The messages, which Enab Baladi had access to, confirm that all the threats Rahal received are a reaction to his statements about Abu Amsha.

Who is Abu Amsha?

Abu Amsha is originally from the Joussa village, administratively affiliated with Hayaleen region, in the northern countryside of Hama. He was an agricultural vehicle driver before the revolution.

When the revolution shifted into militarization, Abu Amsha formed a small armed group, called the Fireline Team, which later joined the Martyrs of Hayaleen Battalion.

In 2013, the battalion disbanded and former recruits joined the ranks of the Syrian Revolutionaries Front, then-led by Jamal Ma’rouf. Abu Amsha was assigned the command of one of the front’s battalions, according to a source close to Abu Amsha, who asked that his name be withheld for security reasons.

When clashes between Jamal Ma’rouf and al-Nusra Front— back then operating under Qaeda— ended in the interest of al-Nusra Front, eliminating Ma’rouf’s group, Abu Amsha moved to northern Aleppo. There he commanded a military group affiliated with the al-Jabha al-Shamiya (Levant Front).

When Turkey launched Operation Olive Branch in Afrin in 2018, he joined the Sultan Murad Division, also functioning as a commander. He continued to fight within the division until the Sultan Suleyman Shah Brigade was founded, which later joined forces with the SNA.

When the SNA established control over numerous cities and villages in northern Aleppo, Abu Amsha underwent an image shift. He was filmed driving armored vehicles, while surrounded by armed guards.

Deportation order, but where to?

Rahal said that Abu Amsha started filing malicious reports to the Turkish intelligence regarding his activities, seeking his deportation to the Syrian territories, presumably Abu Amsha’s area of command.

Rahal added that the reports started after he addressed a “rape crime” of a girl in the northern countryside of Aleppo. The story was covered by local and international media outlets, accusing Abu Amsha of the horrifying incident.

The Turkish intelligence arrested Rahal, based in Istanbul, Turkey, on 18 August 2020, and subjected him to interrogation on several charges, including appearing on anti-Turkey TV channels. However, Rahal said, the charges were not proven.

Rahal said that before his release, he had the chance to talk to one of the detectives engaged in his interrogation. The detective told him that there are no charges against him, but the SNA-affiliated military factions are considered allies of Turkey, which makes it bad to criticize them. Back then, Rahal told the detective that this is a Syrian issue and that he has the right to criticize whomever he wants. Rahal spent two months in detention.

As for the deportation order, Rahal said that the Turkish authorities have defined him neither a date to leave the Turkish territories nor a target destination.

Rahal said that he started searching for a new destination once he was released from prison, failing to find any so far.

Rahal also commented on the SNA’s demands that Turkish authorities hand him over. He said that such demands are not new, adding that talking about the crimes committed by the regime, Hezbollah, and Iran against Syrians, does not justify ignoring the crimes perpetrated by Abu Amsha and the abuses taking place at checkpoints and civilians’ homes in the territories under his command.

Who is Brigadier General Ahmad Rahal?

Brigadier General Ahmad Rahal is a former officer within the Syrian Navy and a lecturer at the Syrian Higher Academy of Military Sciences. He defected from the ranks of the Syrian regime army in October 2012 and was militarily active since then.

Rahal said that because defected officers were mostly marginalized and excluded from direct military action, he chose to work in the media, becoming one of the key Syrian military analysts on local and Arab television screens.