Al-Ghab Plain: an exposed area whose farmers are at risk due to regime’s targetings 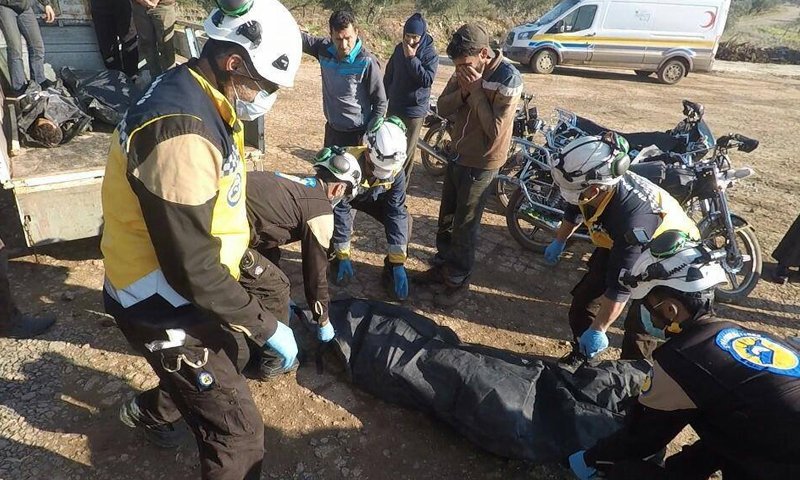 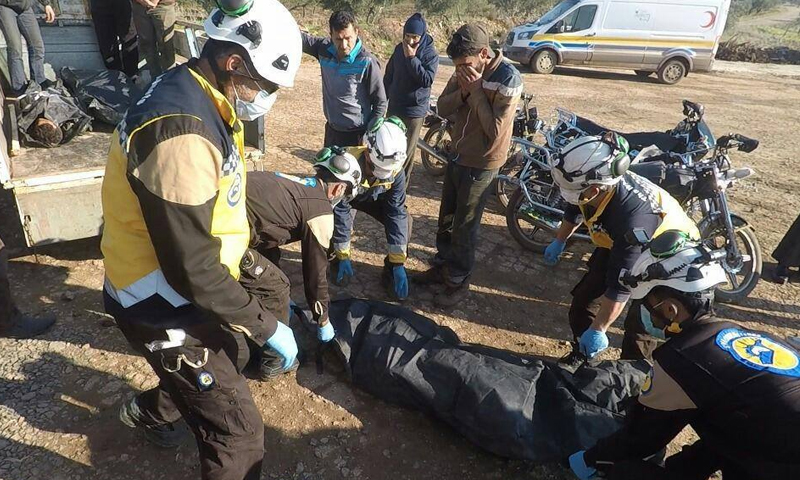 On 26 December, three civilians from one family, Maneef, his son Abboud, and his brother Khaled, were killed by an anti-armor missile attack in the al-Ghab Plain, north of Hama province. Khaled al-Khaled and Ahmed al-Ayyoub were also killed in the same targeting.

These five civilians knew that their lands were exposed to the Syrian regime’s forces, but they headed there hoping to prepare their lands and apply fertilizers to them, followed by other stages of land cultivation. They were desperate to sell their crops, especially in the light of the difficult economic situation.

This targeting was not the first of its kind during December. Civilian and military sides have warned that the region is exposed amid repeated attacks.

Leaders from the National Liberation Front (NLF), Syrian Civil Defence (SCD) volunteers, and civilians confirmed to Enab Baladi that there were early warnings regarding the areas exposed to the regime, and people were asked to stay away from them.

Farmer Anas al-Abd, a resident of Hama countryside, told Enab Baladi that people’s main reason to go to the regime’s targeting areas is to cultivate their lands. He added that the al-Ghab Plain residents depend on agriculture as a source of livelihood, especially as they enter a new farming season.

“We are afraid of the targetings, but there is no other alternative. If we don’t plant, we won’t eat,” al-Abd said, adding, “it is a hard-earned living.”

The former head of Qastoun village local council in the al-Ghab Plain, Rifaat Akid, confirmed to Enab Baladi that the residents were warned several times not to go to exposed areas set between Ghanya and al-Ankawi villages, northeast of the al-Ghab Plain. He added, “unfortunately, the locals didn’t take these warnings seriously.”

Meanwhile, there are two safe roads, the first of which goes from the village of al-Laj in Jabal al-Zawiya, toward the village of Qastoun, and the second one goes from Frikah village, passing through Ishtabraq village in Jisr al-Shughur, southwest of Idlib, toward the al-Ghab Plain.

The regime’s forces controlled strategic cities and towns in Hama countryside following successive military operations between February 2019 and the signing of the Moscow ceasefire agreement on 5 March.

The regime’s forces re-controlled the town of Kafr Nabudah in the northwestern countryside of Hama, and then they captured the Qal’aat al-Madiq town in May 2019.

The Qal’aat al-Madiq town is considered the gate to the al-Ghab Plain and the agricultural and commercial reservoir on which the Hama countryside villages depend on.

Besides, it has a strategic location near Shahshabo mountain, the western arm of Jabal al-Zawiya in the northwestern part of Hama.

In August 2019, the regime forces took control of the towns and villages of Kafr Zita, al-Lataminah, and Morek, as well as of other areas in Idlib and Aleppo countryside.

Byers said that nine million and 300 thousand people in Syria lack sufficient food, pointing out that the number of those who lack basic foodstuff has increased to one million and 400 thousands during the past six months.

The regime’s targeting of vehicles and agricultural machinery of farmers in al-Ghab Plain areas has reached four targetings during this December. The last targeting on the 26 of the same month was the first attack to cause civilian casualties, the director of the Qastoun Civil Defence Center, Suleiman Nassar, said to Enab Baladi.

Nassar pointed out that the Civil Defense teams do not approach these targeting locations with ambulances as they are open and dangerous areas, adding that the first targeting is usually a decoy for luring other vehicles.

The Civil Defence teams approach the targeted area by motorcycles or on foot, with fire extinguishers and simple first aid and transport kits. Then, they put out the fire and pull the wounded people and bodies to the vehicle’s parking spot in a secured area.

On 24 December, a vehicle in the vicinity of the al-Qarqour village, in the far north-west of Hama, was targeted with no casualties.

The regime’s forces did not abide by the ceasefire agreement, which has been in force since March. They violated the agreement on an almost daily basis, a leader in the NLF told Enab Baladi.

The leader, who asked to remain anonymous, added that the factions responded to the attacks, through the al-Fath al-Mubeen operations room, including Jaysh al-Izza, Hay’ at Tahrir al-Sham (HTS), and the NLF.

The NLF’s spokesman, Captain Naji Mustafa, previously told Enab Baladi that the factions are on alert and continuously repulse infiltration attempts to exploit weak sites on the contact lines.

The regime’s forces, Russia, and their affiliated militias have repeatedly targeted farmers in opposition-controlled areas while tilling their lands and preparing them for cultivation or during the olive harvesting season over the past weeks.

On 2 November, a farmer was killed, and two others were seriously injured by a missile attack fired by the regime’s forces while they were harvesting olive crops in Ihsem village in the southern Idlib countryside, according to the Civil Defence.

“The regime’s forces and Russia did not limit their attacks to conventional methods, as they launched unmanned aerial vehicles (UAV) drone attacks against civilians,” according to the Civil Defence.

On 31 October, a drone attack led to the killing of a civilian and the injury of five others as it targeted a farm populated by civilians near the town of al-Sheikh Bahr, west of Idlib, with Russian-made (pom-2) mines. On the same day, three civilians, including a woman, were injured after being targeted by a drone attack while they were harvesting olive crops in Nahleh village, south of Idlib.

According to its official website, the Civil Defence responded to more than 900 attacks that resulted in the killing of 113 persons, including five children, in the period between 6 March and mid-December.