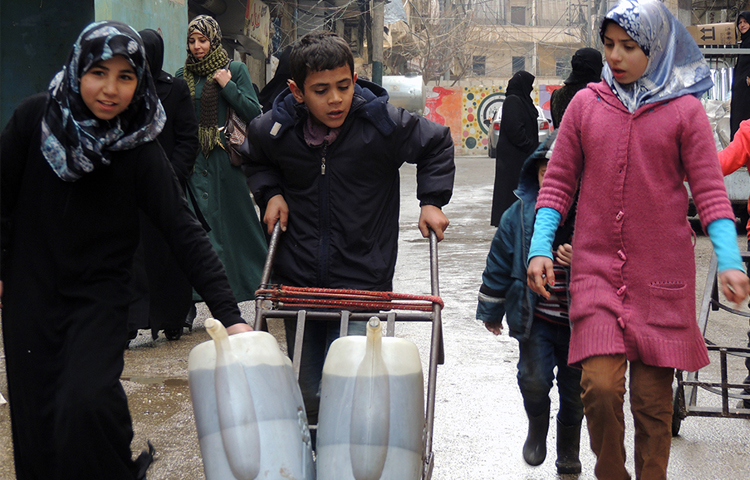 The Ummah Foundation began its campaign distributing winter aid to residents of the cities of Aleppo and Idleb under the slogan “Warmth and peace” on Sunday, January 10.

The campaign aims to lessen the suffering of the people in Syria and in refugee camps caused by cold weather and snow storms “as much as possible”, according to Asmar al-Halabi, manager of the foundation’s office in Aleppo city.

The project is taking place in a number of cities, including Aleppo, Idleb, Maraa, Deir Jamaal, Kafranbel, and some camps.

The campaign includes the distribution of fuel and wood, heaters, winter equipment and clothes, according to Halabi, who said the project has already reached around 436 families throughout Aleppo and Idleb and their environs.

Halabi said the foundation conducted a survey to determine the number of families the project would cover on December 28.

Distribution started at the beginning of January in the countryside, but some of the project’s beneficiaries were displaced from their homes by shelling, meaning they would receive their aid from the foundation’s headquarters in Aleppo upon their return, he said.