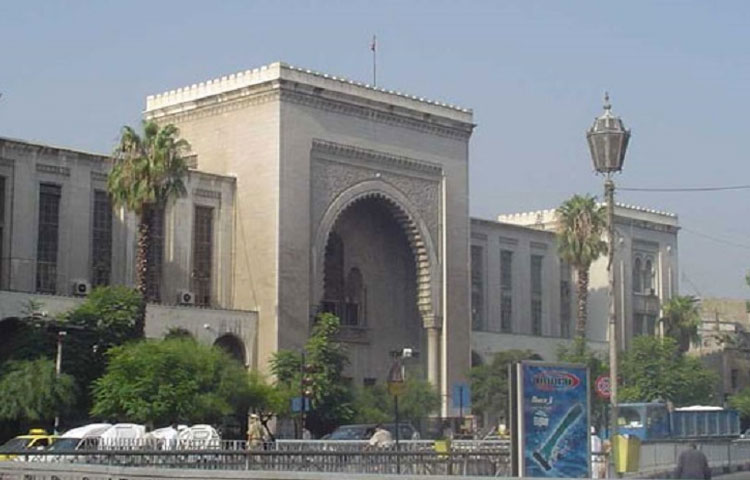 It is within the parliament’s capacities to issue, adopt and implement laws within any domain within the borders of the nation state. The head of state confirms the laws for them to become inure. In the current situation in Syria, there is no single political party that all sides agree on for it to have legitimacy and inure laws to be implemented in Syria.

For this reason, the dissident judges explain that, “Syrian (state) law is the only law (legal system) that has legitimacy from the Syrian state and the Syrian people. For this reason, there should now be a move towards agreeing upon its implementation to maintain the unity of the Syrian territories that are threatened with division. In the absence of such a move, the adoption of different legal references will lead to Syria’s division legally as a pre-emptive to its political division.”

According to the judges interviewed, there are those who reject the implementation of Syrian state law considering it the “regime’s creation” although the law was constituted between the years of 1945 and 1951, so before the Baath Party came to power.

Who demands the implementation of Syrian (state) law?

The Free Syrian Legal Council, dissident judges, and many Syrian jurists demand that Syrian (state) law remains in the current period, because it is the only law which has acquired the legitimacy from the people and the Syrian state. Syrian citizens are also familiar with the law adding to its value given that part of the value of laws are people’s knowledge of it and their dissemination of it. Given that the political situation in Syria is constantly changing, the dominant powers are changing, it is also not possible to constantly change the law every time a brigade takes control of a new area or the regime regains control of an area or ISIS take control of an area.

Another side perceives the law to contravene Islamic Sharia, especially concerning the implementation of the limits in the penal code. Judge Anwar Majni explained that the penal code constitutes only 2 percent of the mass of Syrian legislation. Based on this percentage those demanding the cancelation of Syrian state law are demanding “the cancellation of the entire country for this section.”

Majni said that “the raising of borders/boundaries suspends the concept of legitimacy in instances of war, it requires an authority to implement it, therefore those who object to the Syrian state law admits that the penal code will not be a cause for dispute in the current phase.”

The judge Ibrahim Hussein followed up with, “in the event there is an obvious transgression in some of the Syrian legal texts to Islamic Sharia the implementation of those laws can be halted. Halting the implementation of certain laws for this reason is legal based on the Syrian constitution given that the constitution dictates that the Islamic Sharia is the main source for legislation.”

Regarding the civil law, for the most part it does not contradict Islamic Sharia as the assistant to the Minster of justice, judge Khaled al-Helou made clear. He said, “The Syrian civil law is an in depth development to the understandings of the Islamic Sharia. The civil law came about due to human development and its most important source comes from the books of the four Islamic doctrines.”

At the helm of those demanding for Syrian state law to be maintained is the legalist Haitham al-Malih, and he says to Enab Baladi, “A new law should not be issued within the Syrian state while we are in a state of war. And no military or political party has the right to inur laws in this stage, because the parliament and parliamentary members are responsible to determine state laws. If we leave every party to legislate on their own accord, we will find a chaos and mixture of laws.” In Malih’s opinion, people should wait under there is an elected council (parliament) who can issue proper laws.

Malih insisted that, “If those working in the field of legislation want to do some serious work and good for their country, they should form legal boards to study all the laws and modify them to become consistent with Islamic Sharia. They should coordinate with legalists and legal experts for the legal boards to gain legitimacy and for them to prepare laws that will in the future be presented to the first elected parliament and if issued they are inured.”

The Origin of Syria’s State Law

All of Syrian laws are of Western origins. They were implemented between 1945-1951 including the civil laws, penal code, and felony laws. As such these laws were all implemented prior to the coming of the Baath Party. The Syrian civil law is implemented in Lebanon and Egypt as well.