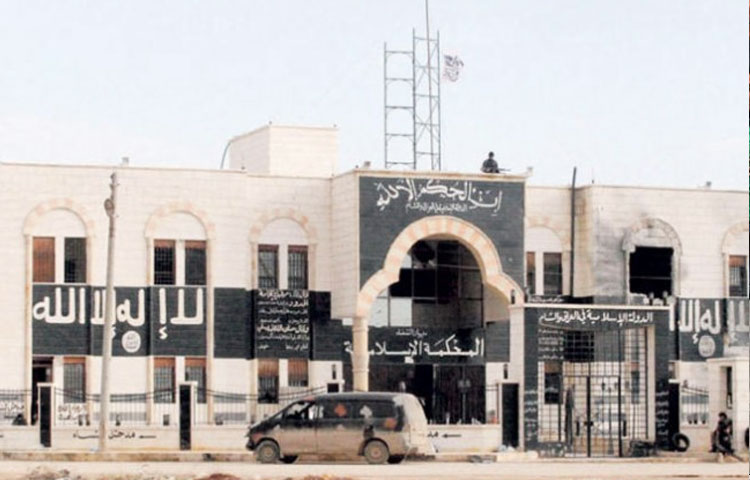 In March 2014, the city of Raqqa was completely liberated from the regime forces according to the testimony of a lawyer who did not want to reveal his name for security reasons.

Lawyers played the biggest role in forming local councils to manage the governorate. Lawyer Abdullah al-Khalil was appointed governorate chief of liberated Raqqa. He was one of the most prominent leaders during the peaceful movement during the revolution.

The Sharia board was established in Raqqa directly after liberation. Armed factions in the city participated in the foundation process including al-Nusra Front, Ahrar ash-Sham, and the Free Syrian Army. The only exception is ISIS which established its own court and called it the ‘Islamic court.’

The Sharia court adopted the Unified Arab Law as a judiciary reference. Lawyers had a limited role in the court. Few of them worked as judges in civil lawsuits. After ISIS took power over Raqqa at the end of 2013, it expelled all the armed brigades in the city, and the Sharia board was dissolved. The Islamic court continues to function in Raqqa.

Judiciary records and files in the hand of ISIS

All the lawsuits ongoing in the courts of Raqqa were preserved after the liberation of the city. The unfinished lawsuits were referred to the Sharia courts especially the civil lawsuits. Regarding penal lawsuits, the lawsuits could not be followed up on because most of those accused fled the governorate to regime-controlled areas in other governorates. The regime subsequently shelled the court and the judicial archive. Consequently many files were ruined. The ones which survived were taken over by ISIS.