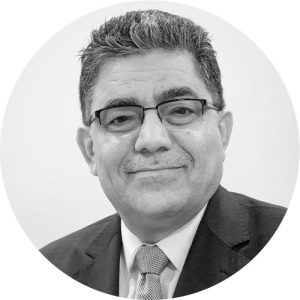 In January, implementation of UN Security Council Resolution 2642, which stipulates the delivery of humanitarian aid into Syria through the Bab al Hawa cross border for a period of 6 months, will officially end. This has stirred up a state of anticipation and fear among Syrians about the repercussions of failing to renew the cross-border aid delivery mechanism that ensures critical humanitarian aid reaches millions of people who need the help to survive.

Eleven years of war left the country’s critical infrastructure in tatters and millions of Syrians homeless and jobless. Nearly 90% of the population is living underneath the poverty line and the local economy is collapsing in real time. Failure to renew the cross-border aid delivery resolution will have a direct negative impact on the lives of millions of Syrians, most of whom are entirely dependent on the international community’s continued support to survive.

Any change in the current level of humanitarian aid delivery will have a direct impact on the health and safety conditions in north west Syria.

If the United Nations fails to renew the cross border delivery mechanism; Syria will be on the verge of an exponentially faster growing humanitarian catastrophe; a new chapter in the suffering of the Syrian people. This enhanced state of misery is overshadowed by the Assad regime’s ongoing politicization of the humanitarian file as it works relentlessly to prevent aid from reaching areas outside its control.

There is an ongoing discussion in international circles about the possibility of alternative mechanisms that countries could adopt to deliver humanitarian aid to northern Syria avoiding Russian blackmail in the UN Security Council. While the cross border aid delivery mechanism effectively saves the lives of millions of Syrians; if the resolution is not renewed due to a Russian veto, then alternative measures must be taken.

Even such a solution wouldn’t be sufficient enough to meet the needs of Syrians because any funding or delivery mechanism implemented outside the framework of the United Nations would be less effective and less comprehensive than existing aid programs. The negative impact of which would be even greater on the delivery of essential items like vaccines and other critical life-saving medical supplies.

That’s why I stress the need for the international community to take the suggestion of creating contingency plans for the continued delivery of humanitarian aid, especially to areas outside the control of the Assad regime seriously; as long as those mechanisms remain within the framework of the United Nations and are safeguarded from politically motivated vetoes in the Security Council.

Russia continues to assert its influence on the Security Council, arguing that Syria’s national sovereignty is violated by the cross border aid delivery mechanism. Instead, Russia argues, all humanitarian aid should be delivered through Assad controlled border crossings and distributed through programs managed from Damascus. The reality is that Russia is looking for any possible way to revive the local economy in Assad regime areas and strengthen its leverage against Syrians and the Assad regime. To achieve this Russia continues to pressure regional and international powers to readmit the Assad regime into their diplomatic fold and commence a rehabilitation and reconstruction process. Russia is demanding funding for reconstruction projects that will be spent to further consolidate the Assad regime’s power and increase the suffering of the Syrian people.

Russia and the Assad regime have closely aligned interests. They want to bring international aid money into the country through border crossings under their control. The Syrian pound is collapsing in real-time and both countries  would thrive from a significant cash injection into the local economy.  That money and other in kind aid would then be disbursed to individuals and organizations directly affiliated with the regime and its security services. Many of whom are also involved in serious violations of human rights of Syrians all around the country.

There are multiple well documented instances where the Assad regime spent humanitarian aid money provided by the international community meant for civilians on military expenditures. There are also documented instances of Assad regime affiliates selling in kind aid in the black market. These acts are clearly crimes against humanity. Russia, by using its veto, is opening the door for even more corruption and darker days ahead for Syrians trying to survive in a failed state.

Finally, the international community remains bound by its moral and legal responsibilities towards the Syrian people, including the provision of aid to civilians in need in all Syrian territories without exception, regardless of whether UNSCR2642 is renewed or not. The international community needs to seriously consider options for providing humanitarian aid and services to millions of Syrians following the expected Russian veto. Failing to do so would hurl millions of Syrians into unimaginable despair.