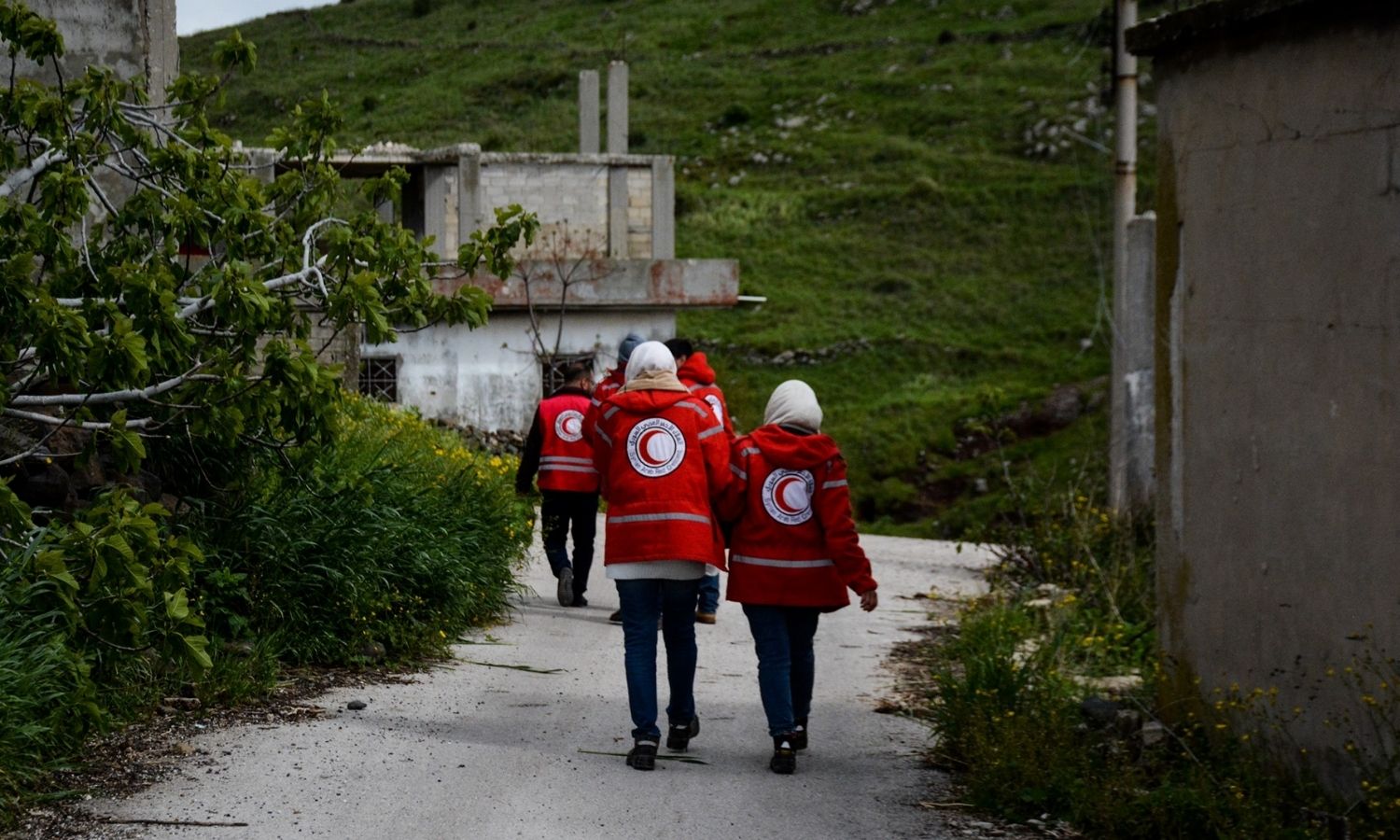 Every morning, no less than 25 people gather in the garden of the Social Care Center in al-Qusour neighborhood in the central city of Homs, waiting their turn to enter the psychiatric clinic.

The gloom engulfs the air that reflects the condition of patients. Paled faces are painted by signs of insomnia which can not be concealed. Despite sitting close to each other, side conversations are rare, just a question and a brief answer at best.

The community centers are subordinated to the United Nations High Commissioner for Refugees (UNHCR) with coordination with the Syrian Arab Red Crescent (SARC), but the centers are administratively and financially independent entities.

The 15 centers located in Homs governorate are managed by the UNHCR head office in Damascus. It implements many projects and provides some services, the most important of which are psychiatric clinics, which have been very popular among the residents of the city and its countryside alike.

Homs residents gained historic fame for their sense of humor for being a joke-generating machine that was dubbed by fellow Syrians as joke literature.

But the long years of war and daily hardships have snatched the smile. It is absent from family and friends gatherings, even from the streets of the once-named “capital of the revolution,” as in the early years of the pro-democracy demonstrations in March 2011.

The deterioration of the economic situation and the chronic crises they were experiencing, and the fading of hope for a political solution, have plunged the city into a state of general depression, a condition that prevails in most of Syrian geography.

There is no data available for Syria on the global happiness index, but those who survived the bombing and sniper bullets did not survive the post-traumatic stress disorder in Homs.

Many squeezes hit the people in Homs, starting with the lack of bread, cooking gas, fuel for heating in the winter season, passing through the poor transportation, along with power outages, as well as the long working hours, which they are forced to do in industrial zones and laboratories, with low wages that do not mount to the level of crises and expenses required at the present time.

Nawar, 39, a resident of the town of Ghanto in the northern countryside of Homs, told Enab Baladi that since the northern countryside of Homs agreed the “reconciliation” deals with the Syrian regime forces, in May 2018, he obtained a job in a construction company as a daily worker. For three years, he could not get a single day off, fearing a deduction of a certain amount from his salary.

“I have been living the repetitive routine for three years, and my salary is not enough for my family of six, and the debts are accumulating on me, and I cannot pay them back, which put me in a state of frustration that I have not felt before,” he said, adding that there is no spare time in the constructing workshop allowing him to visit a public psychiatric clinic.

“I don’t have the money to go to a private clinic after I finish my work, which starts at six in the morning and ends at six in the evening,” Nawar added, whose full name was withheld by Enab Baladi for security reasons.

Nawar does not have any breather to freely express the problems he suffers with his friends, for the Syrian colloquial phrase “walls have ears” came back with the return of the regime’s control over the city, according to Nawar.

There is no safe margin for expressing an opinion critical of the authority. If an individual dared to complain about the general situation and criticized the authority, the security men would not lose their way to arrest him.

The people who are in need of psycho-social support at its various levels are the most vulnerable groups in the society, such as children, adolescents, people with disabilities, single women who fend for their families, survivors of torture and sexual violence, and individuals with previously diagnosed mental disorders.

“Something in our lives makes it crazy”

Despite the fear of patients revealing that they suffer from psychological problems, the psychiatric clinics have become very popular in Homs as the volume of psychological suffering for some of them has become greater than the common societal embarrassment or ‘stigma’ for visiting a psychiatrist, which the society usually associates with insanity.

Some people view the mentally ill as unstable, and they set up social barriers for fear of them or even of dealing with them.

One of the psychiatrists, who spoke to Enab Baladi on condition of anonymity, said that society, in general, has begun to accept the notion of ​​visiting the psychiatric clinic.

“The material pressures and crises experienced by everyone are the cause of what patients suffer in general, and the recovery of most patients depends on the disappearance of stress causes and the availability of decent livelihoods.

“During 2020, with the increase in the spread of Covid-19 pandemic, the rate of people’s visits to psychiatric clinics increased, and the rate of visits did not decrease, but it is noticeable that it increased, especially in the free psychological treatment centers supported by the UNHCR,” according to the psychiatrist.

The people who experienced detention in Syrian prisons and survived it have their own cases because of the torture and humiliation they were subjected to during their detention.

“Most of them are even afraid to talk about what they suffered inside prisons, and some of them need clinics to recover and high-quality psychological care, which is not available in Syria, and some need to leave Syria because it is the place that reminds them of what they lived through in detention, the psychiatrist revealed.

The matter does not stop at the “stigma” that affects patients with mental disorders and extends to the deterioration of the reality of their economic living, as it is the challenge of securing the price of medicines that they need to take for long periods of time during their treatment.

Mona, a 36-year-old pharmacist, based in Rastan city, north of Homs, told Enab Baladi that she monitored a large increase in the number of prescriptions containing sedatives and antidepressants that patients carry after their visits to psychiatrists.

The pharmacist, whose full name was withheld by Enab Baladi for security reasons, added that a good number of visitors to her pharmacy live on sedatives since they cannot be active without it.

Despite the availability of a psychiatric clinic in the community centers, many residents of the area turn to private clinics, fearing for their privacy from leaking information about their personal lives in free clinics, while the fees for visiting private clinics range between 3000 to 5000 Syrian pounds (About 80 US cents to 2 USD).

At the governmental level, within the regime-controlled areas, only a few hospitals provide psychiatric help in a specialized way, such as the Ibn Sina (Avicenna) Hospital for psychiatric diseases in the capital and the Ibn Khaldun Hospital in northern Aleppo city. Also, a mental health department exists in some hospitals, such as the mental health department at al-Mowasat Hospital in Damascus.

Mentally disturbed patients in Homs lack public services for psychological treatment, and therefore NGOs have begun to provide psychological support services due to the shortcomings of government centers in general.