Perspectives on the future of Idlib 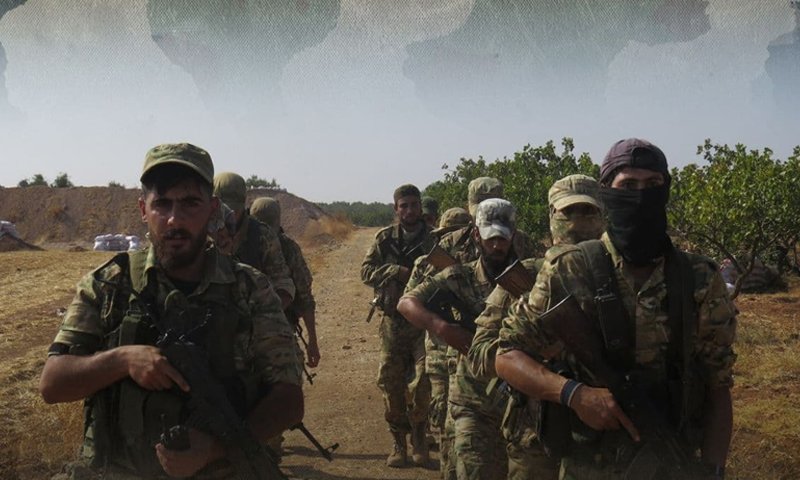 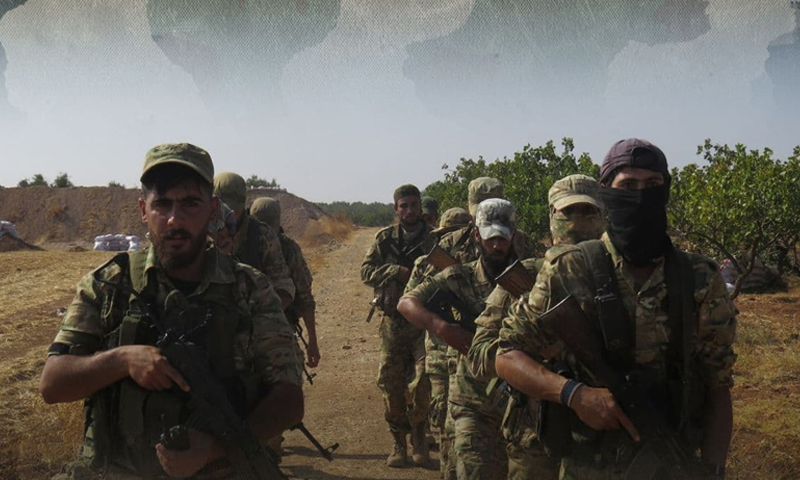 Syria has seen a crystallization in the map of control of the active forces (both Syrian and foreign) on the ground since the Moscow agreement concluded on 5 March 2020. The agreement between Turkish President Recep Tayyip Erdogan and Russian President Vladimir Putin called for a ceasefire as its most prominent stipulation.

For the first time since 2011, there has been no change in the map of military control. Yet, there have been limited attacks carried out by the Syrian regime, Russia, and local and Iranian militias on the southern countryside of Idlib, though these have not changed the borders of control.

There have been repeated threats, and news circulated that the Syrian regime and Russia would launch a military campaign against the opposition-controlled areas in Idlib governorate, northwestern Syria. However, there are several indicators that Idlib will remain relatively tranquil in the upcoming period, most notably due to the reduction in the combat readiness of the Syrian regime forces, the transfer of tension to southern Syria, and statements made by the Russians, allies of the regime, about ensuring a de-escalation of the situation in Idlib since the Moscow agreement.

Change in “rules of engagement.”

The Director of the Information Unit at the Omran Center for Strategic Studies, Nawar Shaban, said that changing the international rules of engagement in Idlib is the basis for stopping any significant military action on the ground.

Shaban questioned whether these indicators were sufficient to prevent military action in Idlib or not. He said these indicators are essential. But “overall, the general rules of engagement have varied, meaning that the international laws and engagement lines are different now in Idlib. These rules and laws are responsible for cooling down the fronts.’

It is likely that the Syrian regime will not advance on the ground for several reasons, including logistical reasons, and because of the agreement between Russia and Turkey, according to Shaaban.

Gains before the election?

Syrian researcher at the Jusoor for Studies center, Abdul Wahab Assi, told Enab Baladi “I think that Russia needs some sort of victory in Idlib, northern Syria, or east of the Euphrates before the presidential election, whether through diplomatic means with the guarantors of Astana talks or through military means.”

According to Assi, this could resolve the trade and transport file or consolidate Russia’s deployments in the governorates of Idlib, Raqqa, and al-Hasakeh, which are linked through the M4 international highway at the very least.

Practically, Russia prefers to achieve these gains through diplomatic channels because it insists on preserving the Astana Peace Talks’ objectives developed in tripartite cooperation with Turkey and Iran. This is an important indication of the continuation of the calm in Idlib until 5 March. This is also seen as an opportunity for a new dialogue in the next round of negotiations that will be held between the guarantor countries on 16 February in the Russian resort of Sochi.

However, Russia might use military means as leverage within this period, according to Assi.

The head of the Syrian regime, Bashar al-Assad, issued a circular last January ordering a rollback of army mobilization to a normal level, meaning the level maintained nine years ago before the eruption of the Syrian uprising.

Syria used to have gendarmerie forces (nearly 8,000 people) and the People’s army, which served as a reserve component of the armed forces (militia army — up to 100,000 men).

“Prior to the uprising, the Syrian Arab Army predominantly consisted of conscripts who served 2.5 years. During peacetime, up to 125,000 of 19-40-year-old men were conscripted into the army annually. It also had 354,000 reservists,” the RIAC reported.

After 2011, the army’s military strength went down by an estimated two-thirds. In 2012, the Russian and Iranian military assistance staved off the collapse of the regime and its forces, according to Syria Profile by  Tawazun—Index of Arab Civil-Military Relations.

In 2020, the number of the Syrian Army combatants was an estimated 169,000, Tawazun reported, concluding that the Syrian regime’s army has “low efficiency” in the areas of governance, military professionalism, social and cultural perception, defense finance and economics, and civilian competence.

Russian envoy in Damascus to confirm the Idlib understandings

On 2 February, al-Sharq al-Awsat newspaper reported that the Russian President’s envoy to Syria, Alexander Lavrentiev, accompanied by “senior generals” had made an “undeclared” visit to the Syrian capital, Damascus, at the end of last week to discuss “political and military arrangements.”

“The deeper reason” behind the visit was “to consolidate the Idlib understandings, supporting them with field arrangements to stop the deteriorating military situation in southern and northeastern Syria.” However, the “obvious reason” for the visit is related to the Constitutional Committee meeting in Geneva. Moscow and Damascus need to recover the “gap” between them, according to al-Sharq al-Awsat.

Russia Today (RT), Russia’s state-funded international television news network, reported that a Russian official source denied that there has been a secret visit between Bashar al-Assad and Lavrentiev in Damascus.

RT quoted the unnamed source as saying that Lavrentiev participated in the Syrian Constitutional Committee meeting in Geneva and then directly returned to Russia. The source noted that the relations between Moscow and Damascus “do not require confidentiality.”

Following a meeting with al-Assad in September 2020, Russian Foreign Minister Sergei Lavrov said that “Idlib is one of the most important areas of cooperation between Russia and Turkey” during a press conference with the former Syrian Foreign Minister, Walid al-Muallem. They have to separate between the “moderate” opposition and the “extremist” one and to secure the M4 highway.

He affirmed that he “is certain that the agreement will be implemented successfully, despite the slow pace of its execution.”

Daraa: the arena of military tension

In Syria’s southern province of Daraa, there has been an atmosphere of tension in recent weeks because there are talks of a possible military operation in the south. This reduces the possibility of a military clash in the north.

The regime gave people in Tafas two options: to either surrender to its forces or be deported to the opposition-controlled areas in northern Syria. The Syrian regime offered them a deadline until ten in the morning of Monday, 25 January. Despite the lapse of the deadline, the city remains calm to this day.

On 3 February, the head of the security committee in the governorate of Daraa in southern Syria, Major General Hussam Luqa, accused the Central Committee members and notables from Daraa of subordination to Israel. He described them as dealing with “bandits” during a meeting that included dignitaries from Daraa and officers from the Syrian regime forces.

A member of the Central Committee, “Abu Ali al-Mahamid,” said that the security committee’s meeting aimed to gain public support for the storming of Tafas.

He explained that more than 400 people attended the meeting. The majority were “apple polishers and hypocrites who only care about their personal interests. The meeting was interrupted by false chants, blandness, and hypocrisy.”

The Russian nationalist website, Rusvesna. su stated that the “Russian Reconciliation Center” in Damascus called on the “militants” in Daraa to “abandon armed provocations and take the road towards settlement.”

Several demonstrations took place across the governorate of Daraa, both rejecting the storming of Tafas and in solidarity with it. Furthermore, unknown assailants fired at regime checkpoints in the city of Nawa, west of Daraa, without causing any injuries or deaths.