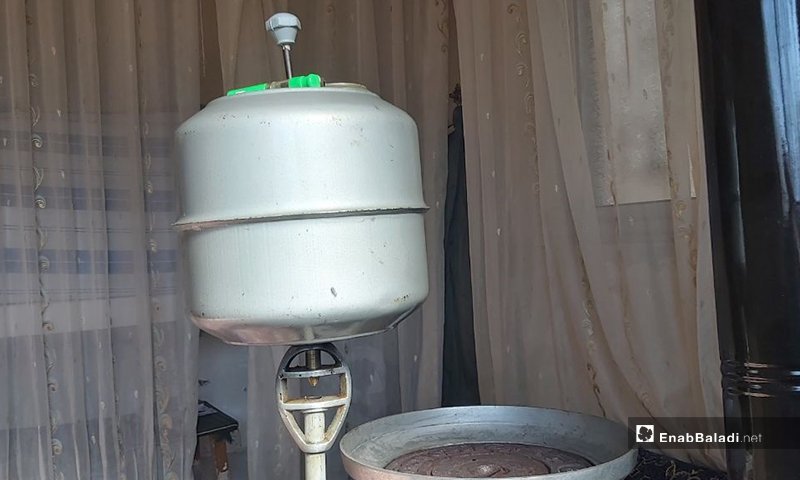 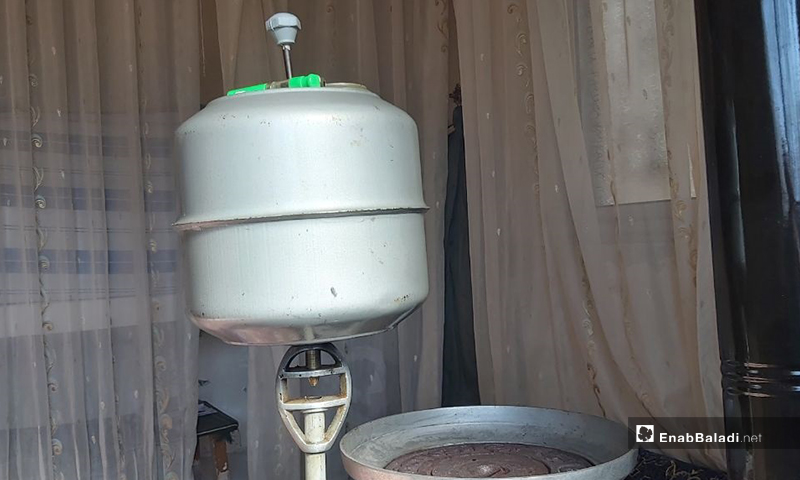 In early January, the Central Petroleum Committee of the Syrian regime-linked Ministry of Petroleum and Mineral Resources reduced the fuel oil allocations of Homs governorate by 20-23 percent, only to increase them again a few days later. In return, the committee reduced the households’ fuel subsidies.

Fuel oil allocations to Homs decreased from 25 to 20 per day. Eleven days later, the fuel oil allocations, 24 thousand liters of fuel each, were reverted back to the previous 25 rate, for all sectors and areas covered by the Syrian government’s subsidies system. These include hospitals, bakeries, and the public transport sector. Meanwhile, the amount for households receiving heating fuel subsidies decreased from 200 to 100-60 liters.

This fluctuation has affected the ability of the residents of Homs to obtain their subsidized fuel allocations, deepening the crisis of vehicles queuing at fuel stations.

Furthermore, a new problem arose in the transport sector regarding the distribution mechanism of fuel subsidies.

One-third of households in Homs did not obtain their fuel shares, according to the statistics tracking percentages of fuel distribution in the governorate published by the semi-official newspaper al-Watan on 14 January.

Only two-thirds of households got full or part of their allocations of fuel.

The fuel oil allocations are distributed through the smart card system. Nearly 403 thousand cards were issued in Homs, where the neighborhood mukhtars schedule and supervise the distribution process to fuel stations.

Each family then gets its share at a subsidized price of 180 Syrian Pounds (SYP-0.05 USD) per liter. Social media pages posted photos, which were later deleted, of the tables of fuel amounts distributed in the city’s neighborhoods, which Enab Baladi examined. The table showed that the al-Inshaat neighborhood residents received the highest fuel distribution percentage by only 42 percent. The fuel distribution reached its lowest level in the al-Qusour neighborhood, where only 320 out of 2,050 families received their fuel allocations.

Nisreen, a teacher from the al-Qusour neighborhood who preferred not to reveal her full name for security reasons, told Enab Baladi that the fuel tank truck “entered the neighborhood only once this year.” She added that the distribution of fuel subsidies is carried out under the neighborhood’s mukhtar supervision. Fuel allocations were distributed only to “influential people” and people who have strong ties with the security branches, while the “poor”  residents got nothing this year. Nisreen confirmed that she did not receive all of her allocations in 2020.

Nisreen indicated that the fuel is distributed unevenly along sectarian and regional lines within the governorate. For example, the al-Qusour neighborhood residents are being marginalized during the fuel distribution because they are of Turkmen origin. Besides, none of the residents of the neighborhood held a leading position in the Syrian government. On the other hand, the pro-regime neighborhoods’ residents obtain their fuel allocation via private tank trucks, which allegedly belong to “Families of the Martyrs.”

Ali Muhammad, a resident of the al-Zahraa neighborhood, told Enab Baladi that even within the pro-regime neighborhoods, which have thousands of “martyrs,” half of their residents have not yet received their allocations from heating fuel.

Homs governorate reduced the number of fuel trucks for “martyrs’ families.” In 2020, residents were forced to buy fuel on the black market for 1,200 SYP (0.4 USD) per liter, while the government sets its price at its stations at 625 SYP (0.2 USD), but it is “never available.”

Following a decision to reduce fuel oil allocations, Homs governorate suspended fuel oil distribution for a week in an attempt to avoid the effects of the decision on vital sectors.

Anwar, an administrative employee in a private hospital in Homs governorate, confirmed to Enab Baladi that fuel allocations for hospitals needed to operate generators and central heating have not been affected despite the crisis. However, other vital sectors have been experiencing successive crises due to fuel shortages and the considerable gap between the black market price of fuel and the cost of subsidized fuel allocations.

After deciding to reduce fuel allocations, the governorate re-set the distribution mechanism for “minibuses” in rural areas, placing two mobile fuel stations at the bus departure area. The governorate also provided drivers with cards that need to be stamped by the director of the administrative unit or the municipality after completing each trip.

Mahmoud Darwish, a minibus driver on the Homs-Talbiseh line, told Enab Baladi that the new conditions for refueling “further impede the movement of minibuses.” The driver will need to have his card stamped from the mukhtar after each trip, which will waste more time and lead to increased crowding.

Through the Supply Directorate in Homs, the government estimates the allocated amounts of fuel for each line after calculating the distance traveled. It sells them fuel at 180 SYP (0.05 USD) per liter.

Fuel allocations are delivered to minibuses through fuel vouchers from specific stations or through stations designated for minibuses at the start or end of the line.

Darwish said that drivers are left with no options other than raising the fare. This is because the minibus drivers have other things to pay for, such as routine vehicle maintenance costs (replacing oils and tires), which increase with the rising prices of everything and the US dollar exchange rate.

Abu Salem, a minibus driver on the al-Waer line in Homs governorate, does not find the idea of ​​standing in a line to obtain fuel allocations logical. He worries about increased crowding.

“It is inconceivable that I have to wait in a long line at the beginning and end of each trip. This will actually impede the movement of the minibuses on transmission lines. Besides, it is not possible to work with current wages if I do not get subsidized fuel. And I cannot stop working since I have no other source of income.”