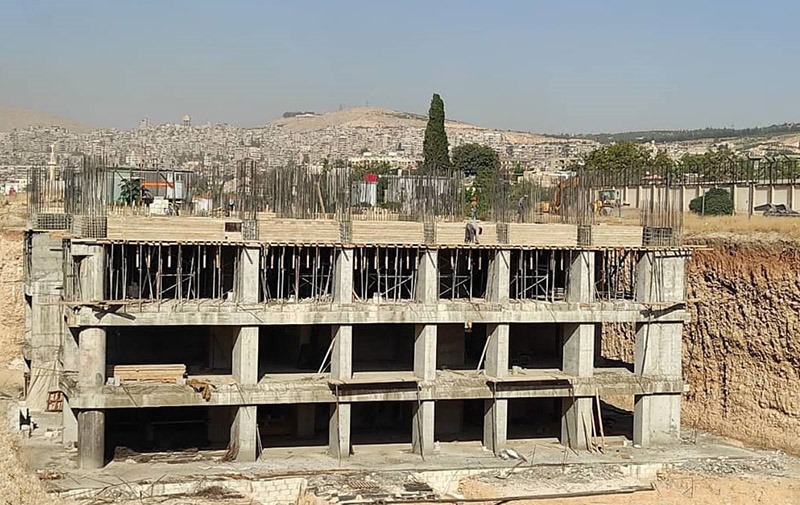 The General Establishment of Housing of the Syrian regime’s government has announced a tender for implementing the first two towers of the alternative housing project for the original residents of the “Marota City” project’s area.

On 22 October, the “Building Syria” website specialized in the news of the reconstruction of infrastructure and services in Syria said that the estimated cost of the tender for the implementation of structural work and cladding for the two towers is 20 billion Syrian pounds (SYP = 8,247,422 USD).

According to the General Establishment of Housing, the final tender bond is 10 percent of the esteemed sheet value, while the suspension value is 5 percent, which indicated that there would be a penalty of one thousand of the referral allowances imposed for each defaulting day.

The General Establishment of Housing set 2 November as a date for the open-bidding procedures.

The website quoted a well-informed source in the establishment as saying that accepting bidding proposals requires several conditions.

Some of these conditions include paying the initial tender bonds estimated at 100 million SYP (41,067 USD), about five percent of the estimated sheet value, and the contractor being classified in the excellent category according to a document registered in 2020.

Previously, the establishment opened the door of registration for those entitled to alternative housing in the areas of the “Marota City” and the “Basilia City” projects, which reached 5,516 accommodation units.

The establishment also clarified the completion date for the “Marota City” project and warned those who defaulted on the first installment of alternative housing.

Rangous pointed out that the Damascus governorate pledged to hand-over all the alternative accommodation plots within one year.

She also revealed a deadline until 14 January 2021 for those defaulted on the alternative housing’s first payment.

Eight years after the project began, the residents did not receive their alternative housing, because of the lack of funds available in the governorate, according to the director of the governorate’s technical studies, Mu’ammar Dakak, who said that the alternative accommodation cost is estimated at 285 billion Syrian pounds (SYP) (about 124 million USD).