Cadastral affairs automation in Syria… between bureaucracy and negligence 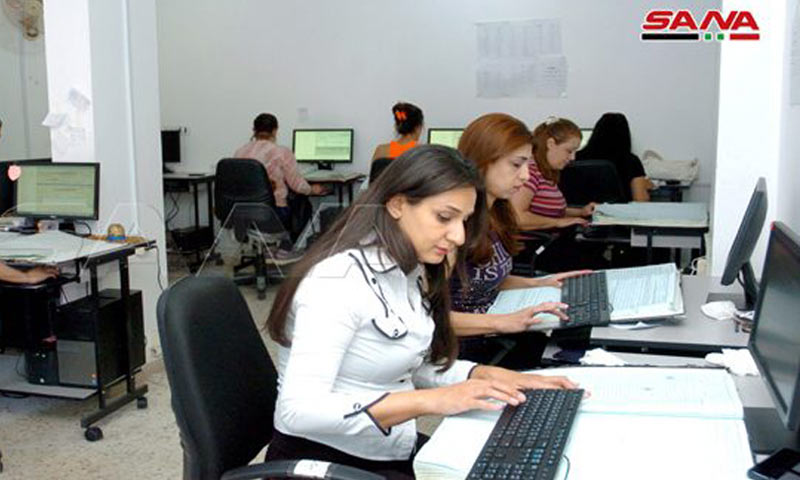 Although the automation idea of the land registry was introduced in 2005, it was not implemented until 2016 in Syria. The process has gone through repeated suspension and resumption, which affected the level of work achievement and caused it to fluctuate.

The plan of the land registry automation carried by the General Directorate of Cadastral Affairs in Syria aims to transform all documents and cadastres from paper to digital form and connect real estate services to all Syrian provinces electronically.

This, in turn, will lead to the rapid completion of real estate transactions, facilitate citizens’ access to the services required from the land registry, as well as alleviate the burdens on them.

Phases of the automation project

Nearly four years ago, in 2016, the “Syrian Company For Information Technology” started the real estate affairs automation process in Syria, 80 years after establishing the Syrian cadastre and land registration system.

The automation idea was initiated in 2005, with the introduction of computers by the “Souccar For Electronic Industries LLC.”

These computers were used back then for printing, documenting, and archiving some of the administrative work.

However, after the increasing demand for cadastres automation, a one billion Syrian pounds (SYP = 1,666,666  USD) tender was announced, while the open-bidding procedures were concluded within one week.

After exposing the matter, the Syrian Prime Ministry suspended the project, and hired a French company to complete the automation process; however, the cooperation stopped before starting the work.

Then a Turkish company was contracted with which the project took a serious approach; nevertheless, it stopped again before signing the contract due to the political discord between the Syrian and Turkish governments at the time.

After that, the “Syrian Computer Society” led the project, that was effectively implemented by setting a hall, servers, as well as full logistics equipment; nevertheless, the work stopped about two years later.

In 2017, the “Syrian Company For Information Technology”  began implementing the project, which continues to this day.

Some sections were programmed separately from the automation project by Syria’s “Directorate of Informatics.”

These sections included the “alphabetical index” designed by the “Al-Rafika Company” and purchased by the General Directorate of Cadastral Affairs. In addition to the “Restraint on Alienation” of personal property program designed by the general directorate staff members.

Other suspended programs were also programmed separately, such as the “Automation Program for Land Titles and Public debt.”

As part of the automation project’s implementation process, halls and cadres were equipped to start working at the Syrian governorates level, which was linked to a central server in the General Directorate of Cadastral Affairs.

The automation program was put to use in some areas of Damascus before being implemented in most of the Syrian provinces according to the security situation in them due to the current circumstances of the conflict.

Negligence and lack of integration

The automation program has some complexity in the process of entering information, as it includes many windows that are delaying the productivity levels and making the program difficult to use.

The automation system has other defects, as it is still going through the “systems analysis” phase preceding programming.

Another problem is hiring people with little experience to run such programs.

This forced the General Directorate of Cadastral Affairs to create a separate new program that combines the “alphabetical index” and the “Restraint on Alienation” of personal property programs, which led to significant and apparent problems in the automation project as both programs were run separately, according to an employee working in the Directorate of Informatics.

The managerial staff members of cadastral directorates have made many attempts to develop automation programs that were rejected by the General Directorate of Cadastral Affairs on the pretext of contracting with specialized companies for this purpose.

To date, the land registry automation process in Syria is still neglected and lacks integration between its sections and the directorates implementing the program.

In fact, the Syrian land registry automation program is swinging between necessity on one hand and bureaucracy and corruption on the other.