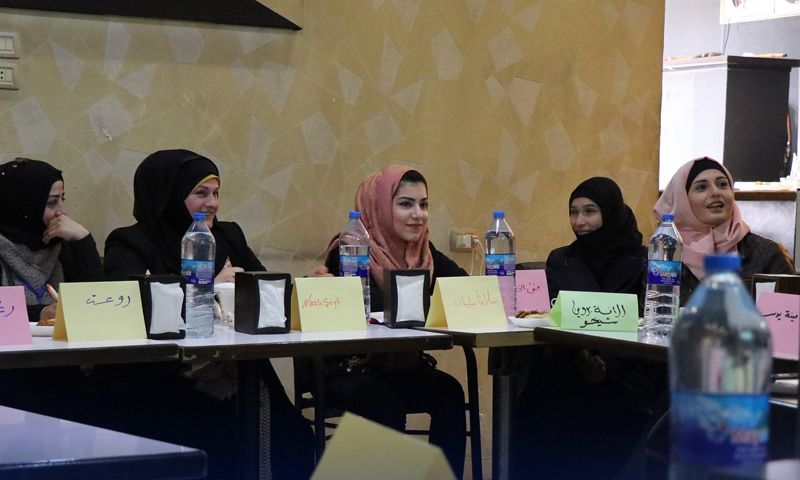 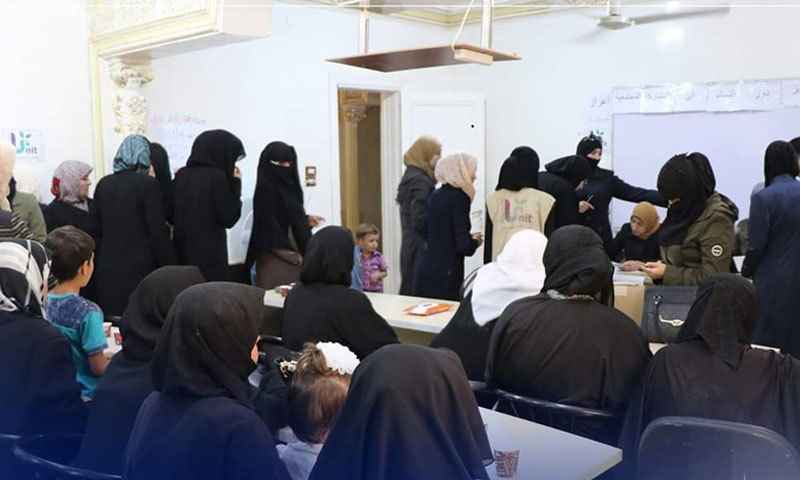 On Wednesday, July 31, 2019,  under the supervision of the Stabilization Committee, the Women’s Empowerment and Support Unit,  in cooperation with the Community Development Office in rural Aleppo, selected the women heads of the its subcommittees in six civil communities through “Women’s Empowerment in Community Involvement.”

The project, first of its kind in rural Aleppo, seeks to integrate active women in the community and facilitate women’s political participation via structuring the Unit’s committees and selecting their female officials, the chairperson of the Subcommittee, the deputy chief and the secretariat, through candidacy and ballot.

The Women’s Empowerment and Support Unit consists of 12 subcommittees in 12 civil communities in the countryside of Aleppo.

The project targeted six civil communities as a first step, including A’zaz, Marea, Qabasin, B’zaah, al-Bab, Jarabulus, and more than 1,500 women took part in the project.

The project was implemented a year into the launch of the Women’s Empowerment and Support Unit on July 25, 2018, which addresses women-related causes, promoting them and defending women’s rights. The Unit initiated three training programs that strengthen and boost women’s true participation and their role in the decision-making process.

The activist Nivin al-Houtari, a member of the Women’s Empowerment and Support Unit of the Stabilization Committee, told Enab Baladi that the programs started with a “training program” that focused on building and enhancing the capacities of the women participants by giving them quality training including “conflict management” among others.

The second program centralized on “empowerment,” aiming at strengthening women truly by helping them participate in various activities related to and separate from the unit, in an essential step to facilitate women employment in the governmental bodies in the area.

The third program, however, focuses on “participation,”  dedicated to enhancing women’s involvement in leadership positions given the almost total absence of women in the political sphere.

Al-Houtari explained that the elections ended on July 31 and an integrated electoral process was conducted: The process included lists of candidates, electoral form, private chambers, electoral hubs, a committee for counting ballots and posting results.

According to al- Houtari, the empowerment of women is a highly sensitive issue in the rural areas of Aleppo. Nevertheless, the Unit works on implementing its activities regarding customary laws and traditions. The projects serve the best interest of the community which convinced the “concerned” people into the idea of women’s integration in all aspects of life, including administrative and leadership positions.