Enab Baladi newspaper and Rozana radio have, early in November 2018, signed a memorandum of cooperation, seeking to empower both entities and enhance collaborative action among Syrian media outlets.

Signing the memorandum followed a strategic planning workshop, conducted by the two entities in Istanbul last July, at a managerial level, through which the professional and organizational reality of the two outlets was analyzed, while the challenges facing the Syrian media and the various contexts under which it functions were studied.

During the workshop, the objectives and visions of Enab Baladi and Rozana were reviewed, their plans and programs were discussed, and suggestions were made as to develop and expand them.

According to the memorandum, this cooperation aims at the following:

The cooperation between the two outlets includes, training and production, media and advertisement exchange, and the organization of media-related events and activities.

The two parties have built their agreement depending on the “no-cost cooperation” principle, as to utilize the human and innovative resources available at both entities, which is considered an advantageous economic model, based on free exchange of content, expertise and services. 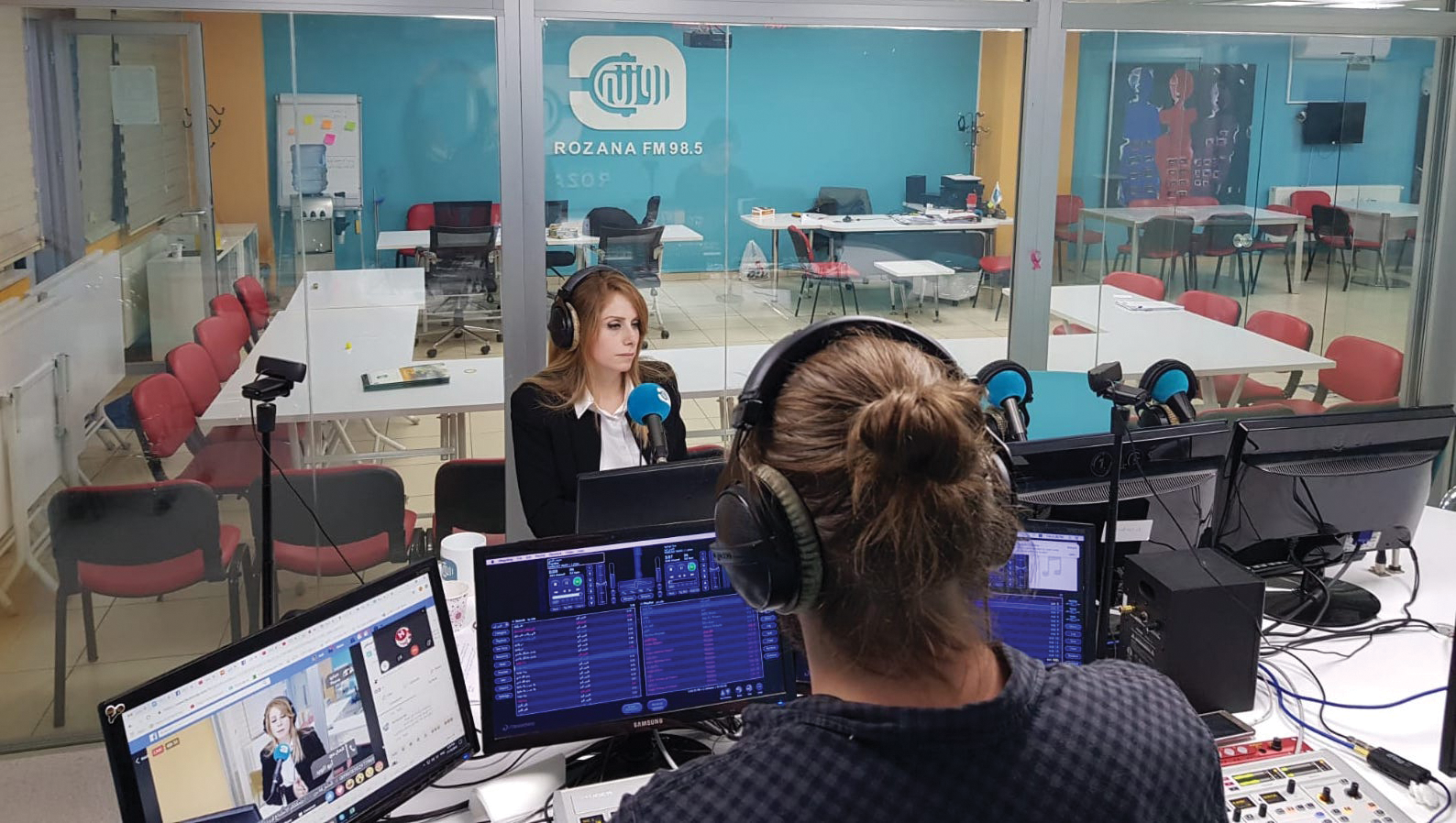 The Executive Director of the Rozana Radio Lina Chawaf, said: “Cooperation between the Syrian media outlets, under these circumstances, enhances the effect they have on the world’s public opinion and the Syrian public opinion.”

The goal of this agreement “is to realize a free independent journalism and preserve the freedom of expression,” she added.

About the relation that this cooperation has with the challenges facing the independent Syrian media, on top of which is the cuts imposed on the provided funding, Chawaf declared that agreements of this type reduce costs and decrease the expenses of operation and production of the collaborating entities.

She hopes that the agreement succeeds to meet its goals and that Rozana with Enab Baladi be able to launch larger and more effective events, which separately they could not achieve.

Jawad Sharbaji, director-in-chief of Enab Baladi newspaper, believes that the agreement achieves immediate benefits for both parties, within a media environment that is striving with challenges and pressure. He is “optimistic” about the success of this cooperation and whishes that its outcome, at the end result, lie in “the interest of the independent Syrian media”.

He called for further networking among Syrian media outlets at different levels, pointing out to the successful cooperation which Enab Baladi had with Syrian newspapers and radios in the past years.

In the memorandum, the two parties have committed themselves to advancing a “professional and ethical” model of cooperation, which betters the image of the Syrian media, depending on transparency and respect for journalism’s professional conventions, most importantly the “Ethical Charter for Syrian Media.”

The two outlets work with a network of reporters and journalists inside Syria and abroad, several of whom received local and international awards for what they offered the new Syrian media.

Enab Baladi newspaper was founded in December 2011 in the city of Darayya, rural Damascus, with the efforts of a number of media activists. It is an independent Syrian media organization, presenting a 24-hour coverage through its interactive and multilingual website. Additionally, it issues a printed weekly, political, social and diversified printed version, along with several active social media accounts and other services.

The Rozana Media Foundation was launched in 2013 from Paris and then Gaziantep by a group of Syrian media personalities; it is an independent Syrian media organization. It includes FM radio broadcasts in the Turkish city of Gaziantep and parts of northern Syria, 24 hours a day. The Foundation also has a website in Arabic and English, a number of social media accounts, studios in Gaziantep and Paris, as well as a training center equipped with modern technologies in Gaziantep.