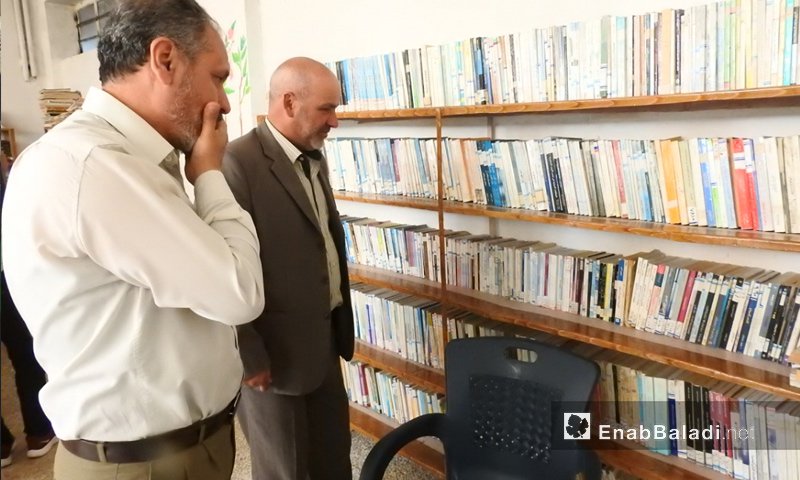 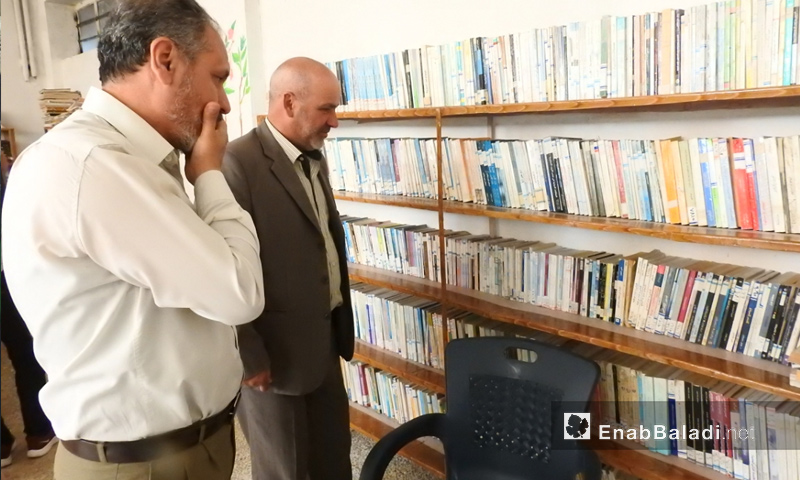 The Local Council in the city of Rastan in the Northern Countryside of Homs has rearranged and labeled the books of the old cultural center which was bombarded five years ago; the books are collected in a new location in a form of public library for the area’s people.

The “Martyr Ahmad Khalf” Library was opened, on (Monday) April 16, in the city of al-Rastan to be the first in the Northern countryside of Homs, the project came as a result of the cooperation between the local council and the “Next Day” organization, according to the Head of the Council lawyer Ahmad al-Abdullah, as a manifestation of the cultural activity of the civil community.

The library incubates more than eight thousand books, which were preserved by the council, a few interested and cultured people, after they were transported from the old cultural center, which suffered shelling in mid-2013, according to al-Abdullah, who explained that the council has communicated with the organization, which provided the library’s supplies, utilizing the building of  the former industrial school the “Free” Education Directorate today.

A Cornerstone for a Public Library

The library holds the name of Ahmad Khalaf, one of the first dissident military officers, who were killed by Assad’s forces in Homs. Abdullah Ayoub, the representative of the “Next Day” organization in rural Homs told Enab Baladi, that the project’s major goal is to spread awareness and culture and to preserve the books and to grant access to them for all people.

The organization provided all the supplies needed for the library’s hall; it also restored the building and the furniture, seeking to turn the place into a cultural source that resembles a public library with a borrowing system and a place for reading, according to Ayoup, who explained that it contains various books in history, geography, philosophy, politics, literature, translated novels and other fields.

The Council is communicating with the people who preserve books that used to belong to the old Cultural Center to recollect them.

The organization’s representative said that the Library, being close to the “Free” Aleppo university Institutes and the Teachers’ Preparation Institute, “will be an incubator for students and the people interested in reading, as well as a cultural niche and a location for the civil society organizations’ activities.”

Prior to the attack, the Cultural Center used to contain more than 30 thousand books; the local council managed to collect 13 thousand sound books. At the time, the saved books were presented in front of a cultural and a religious committee that destroyed the books with the “Ba’ath Party” ideas, which the party attempted publishing for the past years, according to Ayoup.

The educational mentor in rural Homs Abdul Razzaq Wardah told Enab Baladi that the former Cultural Center was stolen after its bombardment, pointing that he participated in collecting the books since August 2013.

A committee, including cultured men and women, headed by Wardah, was formed to categorize and sort the books; the Committees’ Head wishes to collect all the books in a safe place.