Daraa Incubates a Cultural Festival for the Revolution’s Poets 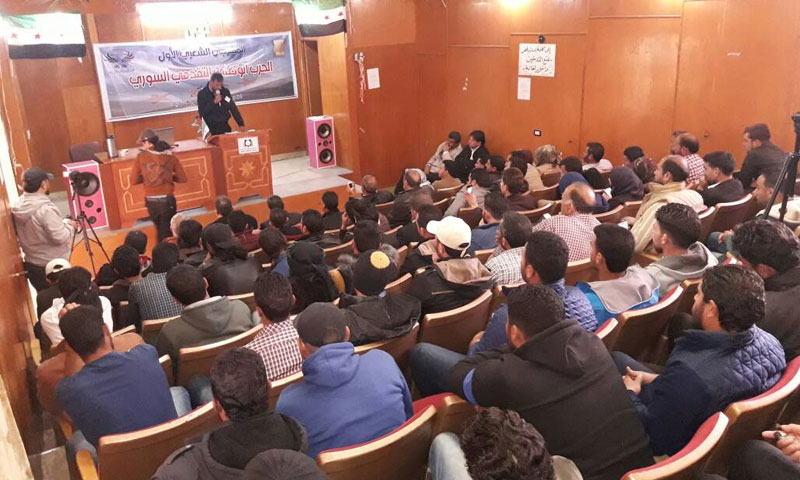 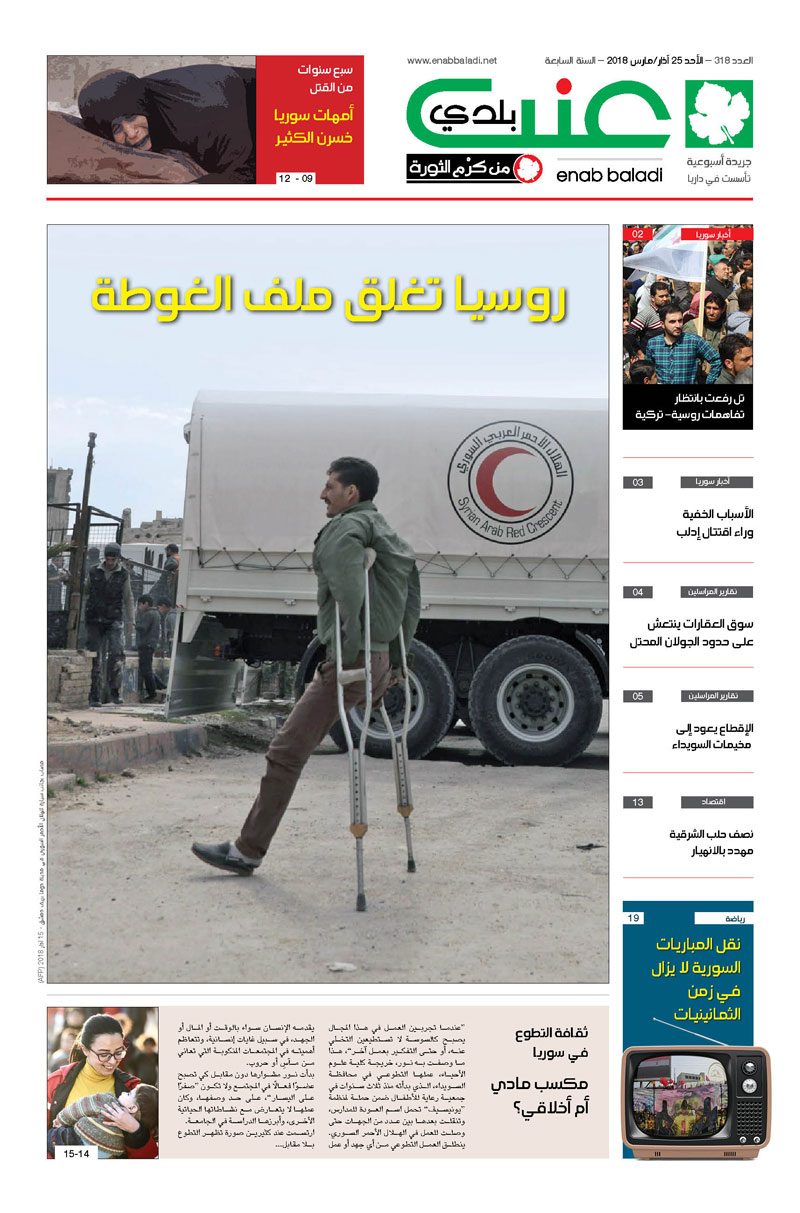 The Syrian National Progressive Party has organized a poetry festival in the city of Nawa in the governorate of Daraa in the presence of a selection of Syrian literary figures, intellectuals, and poets.

The festival, which events were organized on March 19, corresponded to the seventh memory of the Syrian revolution, which poets celebrated by telling poems about the peaceful activities under the Syrian revolution and called onto a political transition, in addition to poems about the suffering of Eastern Ghouta and others addressing women and society.

The festival was attended by a number of literary figures and intellectuals from the city of Nawa, as well as representatives from the governorate’s council and the “Free” Lawyers Syndicate. The attendees listened to nine poets who belong to the Golan Cultural Forum.

The member of the political office in the Syrian National Progressive Party, Mahjoub al-Hashish, told Enab Baladi that the festival which has been organized in cooperation with the Golan Cultural Forum, aims to support poets in a time where the role of Syrian writers and intellectuals has retracted due to the lacking interest of the concerned entities and the deterioration of the political and security conditions in Syria.

In his interview with Enab Baladi, Mahjoub al-Hashish necessitated action to activate poetry recitation evenings and offering support to cultural forums as a basic step towards reviving talents and mobilizing the people who enjoy them, as well as creating a space for cultural and literary criticism, especially in the areas under the Syrian opposition.

In a time where diaspora turned to be the fate of the majority of the Syrian poets, a segment is abroad and those who stayed in Syria are prisoners of the word, cultural activities in Syria are almost absent due to the current political circumstances, the destruction that befell Syria and all the suspended issues which place poetry at the end of the people’s list of priorities.

The member of the Party’s political office told Enab Baladi that the party has set a plan, part of which is directed to supporting poets and literary figures in the “liberated” areas, through organizing similar festivals, intellectual seminars, poetry evenings that have created a gap in the Syrian cultural scene in the past a few years.

“There are raw literary materials and the there is a space for words to appear in and occupy. We must revive social culture and give life back to poetry and literature. For our part, we will be supporting these activities,” he added.

Al-Hashish also mentioned a monthly magazine, issued by the Syrian National Progressive Party in Daraa, under the title “Shams” (Sun). Through the magazine, writers, literary and cultural figures are offered a space to express their opinions and present a critique of the cultural reality in the country. The Party is also working to organize other seminars as to support Arabic and preserve it, for its is the pillar of literature and poetry.

The party, concerned with civil affairs in Daraa, has decided to organize a poetry evening in the Golan area that will present a selection of poets from the Syrian Golan.