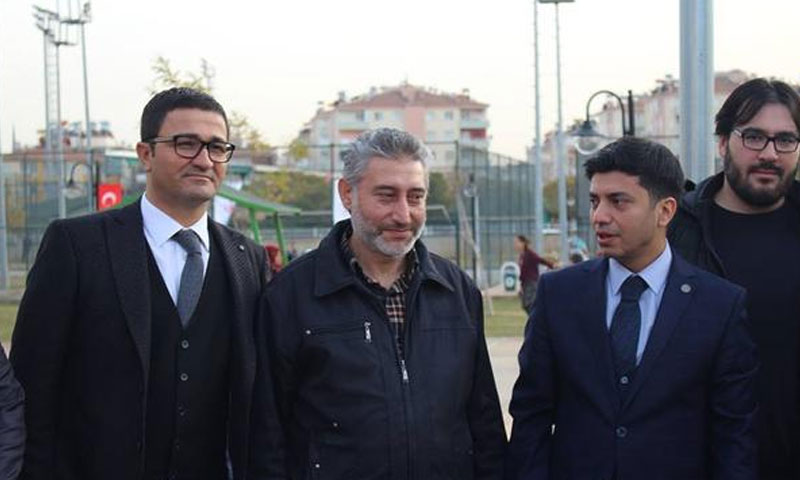 The Turkish Ministry of Sports is studying the outcomes of meetings and discussions between representatives of its directorates, in “Hatay” and Gaziantep, and members of the “Syrian Sports and Youth Authority,” concerning the construction of sports facilities inside Syria.

The delegation of the “Sports Authority,” represented by its president, Mohammed Zilal al-Moallem, and others from its offices, visited the Sports Directorate in Gaziantep on Thursday (December 21st) after a meeting with the Director of Sports and Youth, Mohammed Jamil Souz, in “Hatay,”.

The two meetings came after a third with the Director of the Turkish sports directorates, Emre Topoğlu. The meetings focused on the mechanisms of action and sports cooperation in Turkey and Syria.

The Head of the “Syrian Sports Authority,” Zelal al-Muallem, told Enab Baladi that the meetings discussed supporting the sports sector. He explained that members of the “Sports Authority” would visit the city of Jarabulus on December 30 with a Turkish sports delegation to attend a sports event and talk about building stadiums in Syria.

Al-Muallem mentioned a “quasi-agreement” to build five small stadiums, three larger ones and two sports halls in Idlib and its countryside. He pointed out, that the “Sports Authority” proposed that the work should cover other regions. “However, the [Turks] insisted on Idlib with supporting it with all the needed supplies.”

The meetings discussed facilitating the movements of the staffs under the “Syrian Sports Authority” while getting into and out of Turkey, as well as organizing training courses for Syrian referees in Turkey.

The meetings, according to al-Muallem, are part of other Turkish meetings with the entities affiliated to the Syrian Interim Government, including sports, healthcare and other sectors, stressing that “the outputs were submitted to Ankara, which will decide on the matter and determine the details and timing.”

“Tahrir al-Sham” took control of the facilities at the beginning of September, after it formed a sports office, and then replaced it with the so-called “General Directorate of Sports and Youth,” on 16 September, but the “Sports Authority” rejected its guardianship.

Concerning the work in the shadow of “Tahrir al-Sham’s” control, al-Muallem explained, “we are still working in many regions, and Idleb’s Executive Committee is still working until the day.” He pointed out that the construction of the stadiums will start after choosing the place by “consensus,” “and we do not know the specific date upon which the decision will be made”.

The “Syrian Sports Authority” operates in Khan Shaykhun and in the towns and villages of Zawiya Mountain, as well as Darkush, in addition to other areas reaching Ketyan and Atarib in  Aleppo’s western countryside.

The “Syrian Sports Authority” was established in March 2014 as an independent organization under the name of the “General Authority for Sports and Youth”. The Authority regulated its work through its affiliation with the Syrian Interim Government in May.

The Authority includes 12 sports unions, five executive committees in the governorates of Daraa, rural Damascus, Idlib and Hama after the displacement of the members of el-Waer neighbourhood’s committee in Homs, in addition to more than 140 clubs inside and outside Syria.