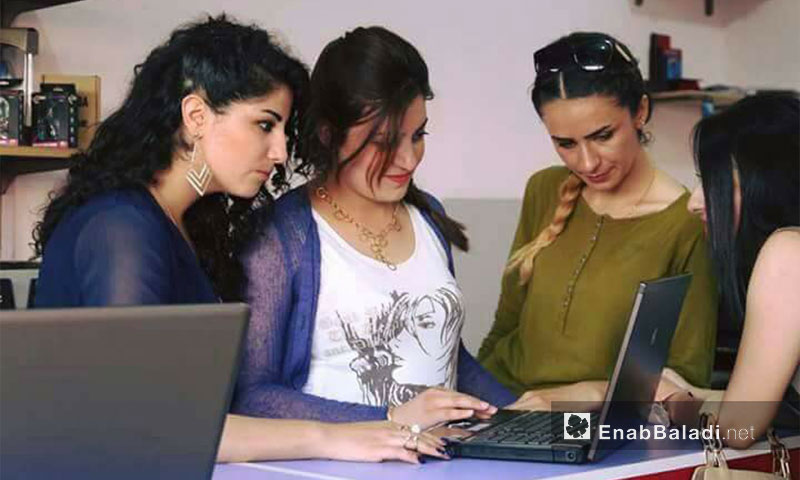 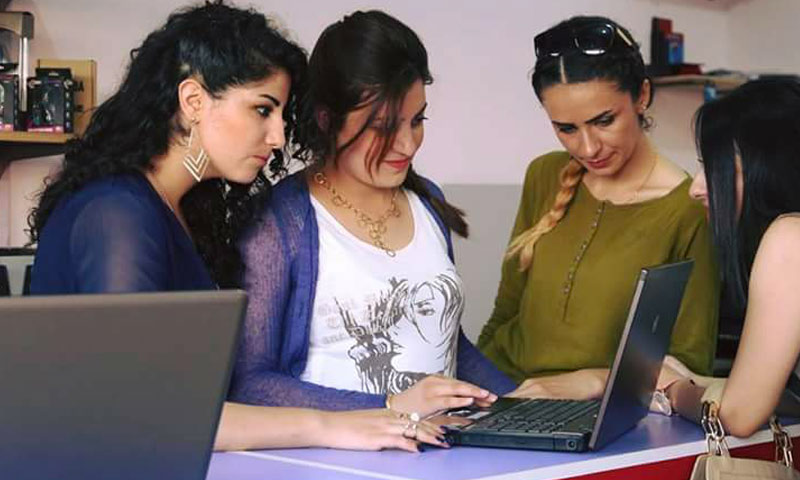 Women in the northern province are hoping their example will help encourage greater acceptance of a female workforce, Enab Baladi writes

Three young women are challenging norms in their community after opening a computer maintenance shop in Hassakeh.

The women from the city of Hassakeh have run the shop since last August, after completing a four-month training course sponsored by the Ashna Youth Organization with support from the International Rescue Committee, in which 15 young women participated.

Haifa Mejdal Suleiman, one of the shop’s female workers, says that she participated to tell local society that young women can work like men in all fields which don’t require physical strength, saying that “women have proven their worth in various fields.”

Haifa works in computer maintenance in disassembly, installation, and dealing with broken computers, as she explained to Enab Baladi, saying that she and her colleagues thought that their work would be sharply rejected by the community.

“Contrary to what we thought, we were integrated into the labor market and our participation enjoyed a broad welcome,” she explains.

“We are working to break the fear barrier,” adds the young woman, who believes that “society is not blatantly opposed to women working,” saying that difficulties lie within any work. She says the most prominent issue they face is “the problem of when to close the store, because we cannot stay out until late hours.”

The Ashna Youth Organization began work in 2015 and describes itself as an independent non-profit group. Its administration says that it believes in the importance of collective work and shared living, and is trying to develop the community’s abilities, especially those of women and children.

The training of the young women came as part of a project aiming to strengthen the role of women, according to Eyaz Mohamad Ali, the director of the project at Ashna, saying that it includes various segments “to expand the concept of social participation regardless of the type of profession.”

“Women can excel over men,” Mohamad Ali believes, explaining that the organization participated in strengthening society’s acceptance of this “through establishing dialogue groups with some residents who discussed the issue, and did not record any objection to the project.”

Haifa and her colleagues said they hope to participate more actively in the project in an attempt to support and strengthen the idea of women’s work, adding that they aspire to achieve a large degree of independence.