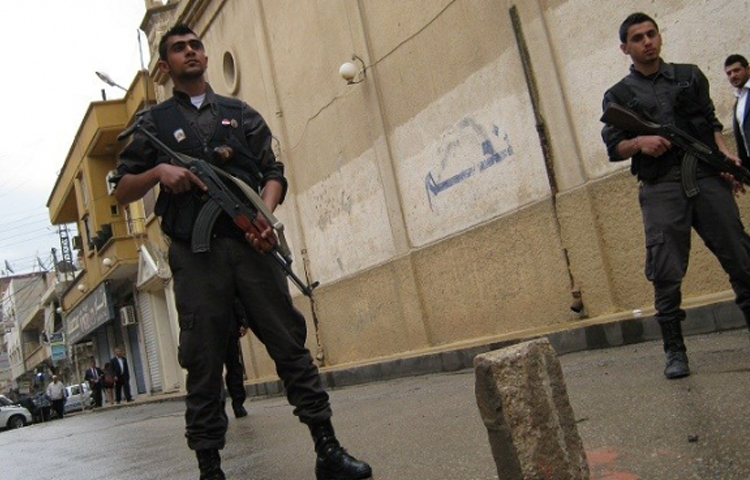 Fighting between Sutoro and Asayish forces in the city of Qamishli kills three and injure others, activists claim

At least three militants were killed and others were wounded during clashes with light weapons between the armed wing of the Syriac defense forces, Sutoro, and local Asayish forces loyal to the Kurdish self-administration after Sutoro closed the entrances to a Christian area in the city of Qamishli.

Asayish fighters said the Sutoro forces were responsible for the clashes that broke out Tuesday, January 12, while two fighters from the Syriac forces are confirmed dead, according to their official Facebook page.

Human rights activists in Qamishli told Enab Baladi that Wednesday’s clashes left two dead: one Kurdish fighter and a Syriac. A total of six from both sides were also wounded. The clashes occurred after one of the members of the Syriac national protection office was killed in clashes with the Kurdish forces, the sources said.

The sources said the reason for the clashes was Sutoro’s closure of the entrance and exits to al-Wasti, home to the majority of the city’s Christians, and a strengthening of the security situation there following two explosions in the neighborhood on New Year’s Eve, which killed 18 civilians and wounded others.

The district’s closure was rejected by the Asayish, and the dispute escalated into clashes with light weapons before their recent withdrawal from the area Wednesday evening.

Qamishli, northern Hassakeh province, is completely under the control of the Kurdish People’s Protection Units (the military arm of the Kurdish self-administration), while the Assad regime retains its government centers and the civilian airport.