Nations’ Offence Against Daraya in a Time of Savagery 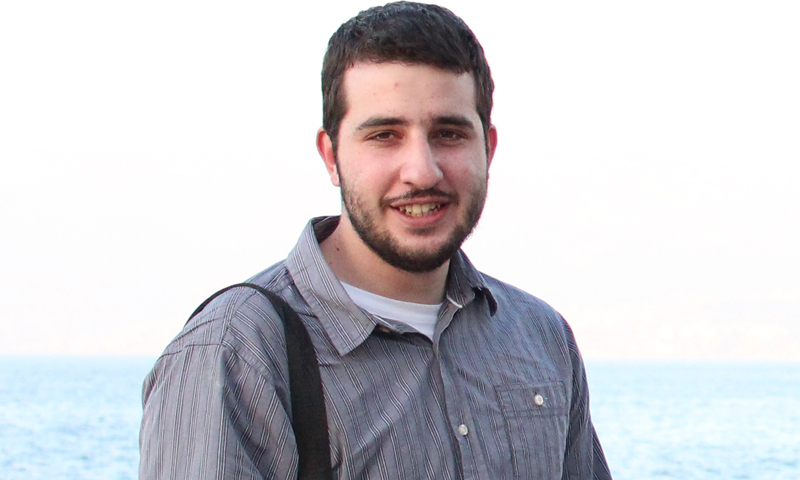 This may seem like a partisan propaganda, but those who are familiar with, and have participated in Daraya’s political endeavor realize how words can’t do it justice. Daraya started its opposition movement relatively early, as in 2003 when everyone was silently obedient, the town witnessed silent protests against bribery and corruption, which caught the regime’s attention and resulted in the detention of these protests’ organizers for years.

One day after (or two days before) the revolution erupted, the famous sit-in in front of the Ministry of Interior took place, on March 16th 2011, and among 40 detained that day 5 were from Daraya. Weekly protests soon followed, as the town’s uprising began and quickly turned into daily demonstrations.

Although the entire revolution was nonviolent during its first six months, Daraya had a reputation for nonviolence, embodied probably in Ghiath Matar giving roses and water to security forces and supportive thugs. That of course did not spare the town from the violence and brutality inflicted upon it by the regime. Daraya is also perhaps the last to turn towards armed resistance of all Syrian cities.

From November 2012 and till this moment the city has been under relentless military attack, during which over 4000 barrel bombs were dropped over the  town turning it into ruins. Still difficult conditions and lack of resources did not stop the Local Council from managing and governing the town and its displaced people with amazing efficiency in comparison with other areas. The local council also had the upper hand for a long time over military decisions, while the armed opposition in turn were cooperative with the council in an precedent in the Syrian Revolution, making the town impregnable to ISIS, Jabhat al-Nusra and other similar groups.

Daraya’s experience is not flawless of course,; it had its errors just like any other pilot setup. But the city succeeded, and despite 2000 martyrs, over 2000 detainees and the massive destruction, in remaining moderate in an environment continuously pushing it towards extremism.

What has this town done to deserve all this malice, and why is the world so oblivious to its suffering? Is that a message to all those groups in Syria struggling to  keep a sense of sanity that ISIS is your only haven? Doesn’t the United Nations feel ashamed  of going back with aid convoy carrying only medicine,not even food, after the regime  prevented it  from entering the town besieged for over three and a half years, and even bombarded the town in retaliation for the mere attempt of entering it it, killing a man and his son? How are we to trust the United Nations that is unable to bring medicine into a town, can force Assad to step down in a transitional process?

No one is there to ease the grief and distress of Daraya and its people, for it is not enough to have human beings, simply aspiring to live and to be free. The town has been unlucky, for it is, not besieged by ISIS so the world can’t flaunt dropping food aid on it, nor do its people belong to minorities where crimes against them would normally head the news and the world responds with its warplanes to the rescue. They are but cursed ordinary people, belonging to the abundant brutal majority uprising against the legitimate regime with its profound institutions, which the international community races to maintain. They are ordinary people and for that they were met with the world’s cruel injustice in a time savagery.