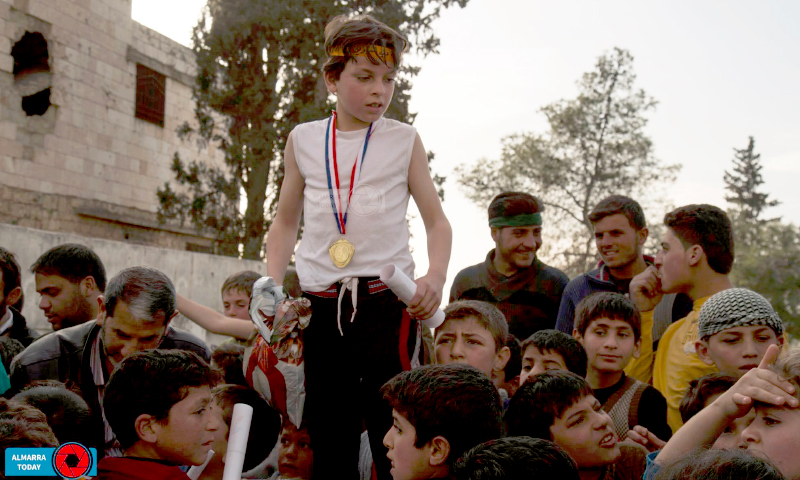 Less than a month after being crowned champion of the first marathon in the city of Maarat al-Nouman, 9-year-old Imran Idlebi was killed during the regime massacre which took place in the city on Tuesday, April 19.

Idlebi came in first place in the marathon which was organized by the Maarat al-Nouman sports club in cooperation with the “Alwan” team for psychological support for children on March 23, in which 50 children participated.

The child died along with a number of other children when regime warplanes targeted the local Maara market.

Imran was a student at the Zhee al-Noureen school in Maarat al-Nouman. Civil Defense workers and free police – the same people who attended the marathon to defend the participants and organize the movement of traffic, and were witnesses to his victory – were unable to save him from the air raids of the Syrian regime.

The local council in the city issued a statement in which it said: “The Assad regime is stubborn. It aims to bomb civilians and fell the largest number of victims with its strike on the Maara market when it was crowded. The international community stands before its responsibility to protect women and children and civilians, as it has not issued any response up to the level of the crime.”

The massacre in the city’s vegetable market killed more than 40 people, including women and children, and wounded more than 80, some critically, who were brought to the hospitals on the border with Turkey.