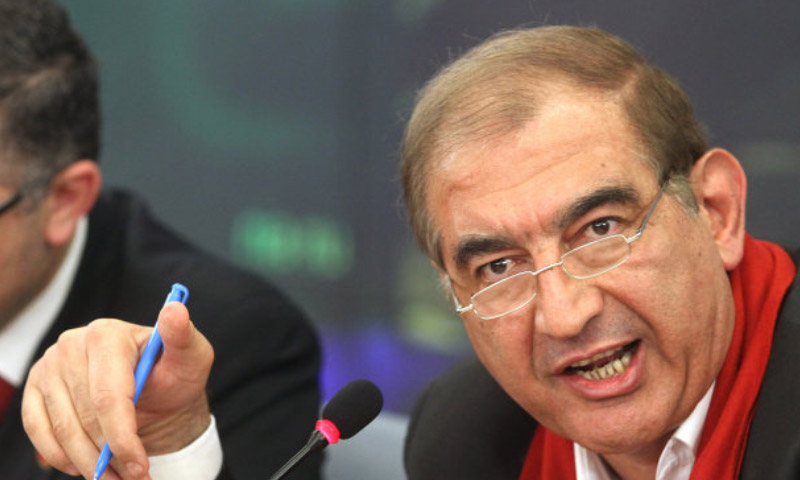 The head of the Popular Front for Change and Liberation, Qadri Jamil, accused Saudi Arabian Foreign Minister Adel al-Jubeir of being “personally” responsible for the delay of the start of the Geneva talks.

During a press conference held in Moscow Monday, January 25, Jamil said Jubeir’s insistence on the opposition being represented by the Riyadh list was “irresponsible” behavior, adding that “Riyadh does not rule over the opposition, and Syrians do not have to submit to its whims.”

Jamil hoped that the UN envoy to Syria, Staffan de Mistura, was “up to the level of responsibility entrusted to him,” saying that hundreds of women and children in Syria were “dying from hunger, cold and bullets.”

Jamil touched upon the statements of Turkish Prime Minister Ahmet Davutoglu, which he said were “impeding a political solution alongside Russia and the Kurdish Democratic Union Party.” He described it as “impudence,” saying Turkey was sending “instruments of destruction to Syria.”

On Saturday, US Secretary of State John Kerry discussed with the coordinator for the opposition High Committee for Negotiations, Riyad Hijab, the need to include the head of the Democratic Union Party, Saleh Muslim, and the head of the Syrian Democratic Council, Haytham Manaa, as well as the head of the Popular Front for Change and Liberation, Qadri Jamil, in the opposition delegation, in accordance with the “Russian list”. Hijab did not respond with acceptance or rejection.

Meanwhile the head of the opposition Syrian National Coalition, Khalid Khoja, said that Moscow should add its list, which the regime is pleased with and includes Qadri Jamil, to the Assad delegation, headed by Bashar al-Jaafari.