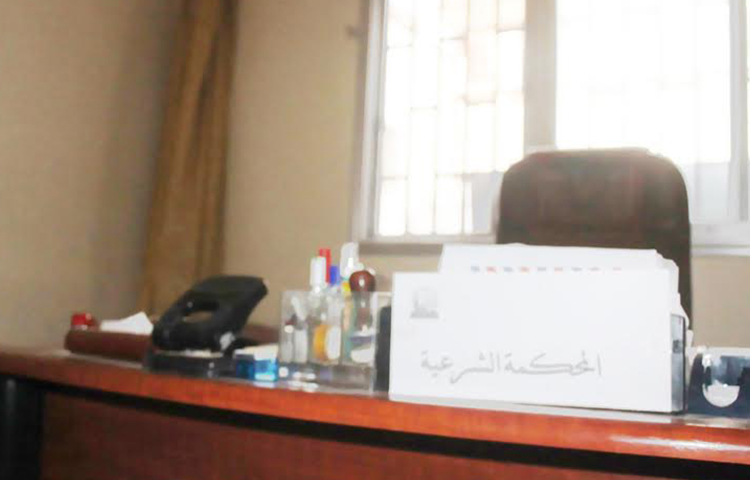 There is no judiciary in Western Ghouta which is capable of running procedures/courts. Attempts at establishing judiciary failed because of clashes between different armed factions. The lack of a judiciary led to the arbitrary arrest of activists. These violations could not be stopped. Some problems were solved through mediation from armed faction leaders and local notables. But, in general terms, there is no independent judiciary. Partially as the situation in Western Ghouta is different from other Syrian cities. Conflicts are few and problems are solved quickly. The armed factions in Western Ghouta vary from the moderate to the ‘extremist’. According to the prominent activity Muadamiyat al-Sham, several weak and small judicial bodies exist. Relatively speaking, the judiciary of the One Flag Coalition which is subordinate to al-Nusra Front is the strongest amongst these bodies.

Fragmented and Weak Courthouses in Qalamoon

Following the declaration of liberation towards the end of 2011, the Local Council in Western Qalamoon was formed.

In the beginning of 2012, the council formed the Sharia court. However, when ISIS appeared in the area, new courts were formed by al-Nusra Front and Free Syrian Army. Islamic Sharia was implemented in these courts and other laws were rejected according to an activist in Yabrud who abstained from mentioning his name.

The situation has remained the same in Qalamoon since that time. The armed factions remained divided even after the regime recaptured villages and towns. The only remaining liberated areas are al-Zabadani and some highlands in Qalamoon.

In the Eastern Qalamoon, a local council was formed in the middle of 2012. Following that, the armed factions in the area formed a Sharia court. All of the courts were under the control of the armed factions and a specific law was not implemented. The courts implemented the Islamic Sharia according to prominent activist.