Jusour “Bridges” For an Educated and Intellectual Generation 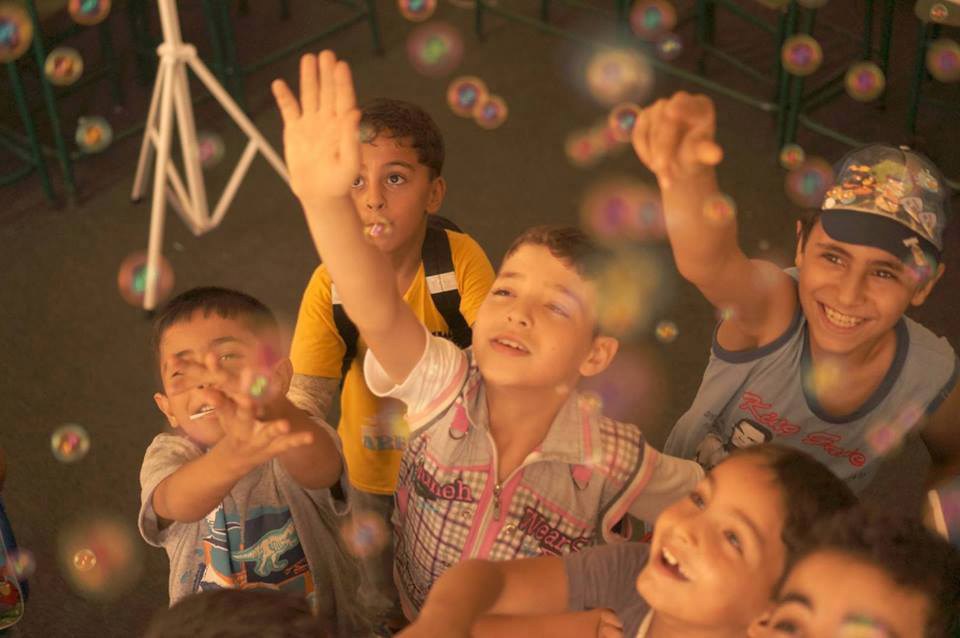 Most Syrian refugee children in Lebanon are deprived of education because of the poor financial situation. Young people are unable to find jobs to earn a living. That is why some charities and development projects were established, to help improve the financial and living situation of the refugees.

One of these projects was Jusour (Bridges), which was founded three years ago in June 2011, to help Syrian young people find jobs, as Dania Ismail, a member, told Enab Baladi.

She adds: “When we met for the first time we began to brainstorm and exchange ideas and projects which encouraged us and pushed us to launch Jusour”.

Eight people from different educational and professional backgrounds are the founders of Jusour Organization. Some grew up in Syria, some in the Middle East and others in North America. They met for one reason, to help Syria benefit from the human resources, talents and incredible potentials of its people, according to Dania.

The organization’s activity targets Syrians, starting with children in Jusour’s centers in Lebanon, and finishing with young people and businesspersons with business and projects management programs.

Josour also managed to provide education chances for more than 800 Syrian children in Lebanon by helping them enlist in the Lebanese schools, private and public or by teaching them in the three Josour centers in Lebanon.

In addition there are career coaching programs and business programs, on the internet and on land in the Gulf area, where there are a lot of Syrian young men looking for jobs or chances to start their own private projects. The organization, according to Ismail, helps Syrian students finish their college education by cooperating with more than 40 universities in North America, Europe and Asia.

Josour was able to get scholarships for more than 100 Syrian university students, 800 Syrian children got a chance to learn, and more than five workshops in the professional field were done and over 100 Syrian young men and women attended. The organization was able to add more than 40 universities to the Coalition of Higher Education Support that was established by Josour in cooperation with the International Institute of Education.

Dania Ismail adds: “Two annual conventions were held in New York and London, to help raise awareness about the issues of Education and Economy development, a lot of Syrian Expats were involved”, and more than a million dollars were raised, by holding Art auctions, to support the educational programs of Josour.

At the same time, Josour faces a lot of difficulties at work, Ismail says “managing a non-profit organization related to Syria is not easy in the Arab world, even transferring money to our bank account may face some problems sometimes, which can delay our project”.

Josour seeks to expand its educational program to teach the refugees in and outside Lebanon as needed. It’s also working on launching a competition for the best working plan for young business pioneers during the third quarter of the year. And it continues to involve people from all around the world, who have ideas and projects to help Syrian young people, by providing them with a platform and means to execute these programs, and it works now on providing all the necessary tools for them.

At the end of our meeting with her, Dania Ismail wished for Josour to see the results of its work in the future “by seeing an educated and intellectual generation that will contribute in building a new, successful and strong Syria”.