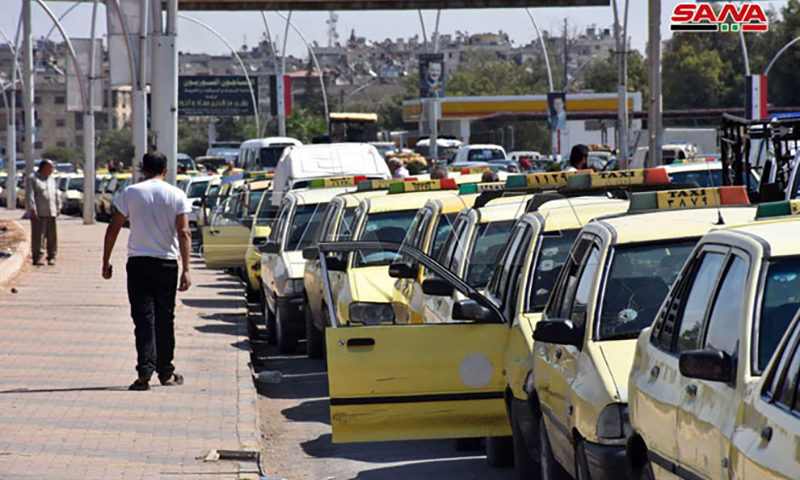 Most of the residents in the Syrian regime-controlled areas have been suffering for the past four weeks from not receiving their subsidized allocations of various fuel materials, with the price of materials on the black market doubled.

Saeed, a resident of the Mashrou Dummar district near Damascus, told Enab Baladi that he has been waiting for over a month to receive the domestic gas cylinder allocated on the “smart card,” as there is no update for the delivery date, which means people listed on the waiting list before him had not also received their cylinders.

Saeed, who declined to give his full name for security reasons, explained that there has been a slight improvement in the distribution of domestic gas at the beginning of this year, as it has been distributed regularly every 60 days, but the problem has now re-emerged.

During March, Syria witnessed several cold waves, during which temperatures fell below their average by 12 degrees Celsius in an unprecedented manner.

The allowance for one family of heating fuel for the winter is 200 liters, which is distributed in four batches. Each batch is 50 liters.

However, most of the residents in regime-controlled areas received only 50 subsidized liters during this season, relying on the black market to secure the rest of their fuel supplies at rocket-high prices.

Abu Hassan, a retiree, based in Damascus, told Enab Baladi that he bought about 20 liters of diesel fuel during the winter at the price of 3,000 Syrian pounds per liter (90 US cents), which is an unsubsidized price, before the beginning of March.

Abu Hassan thought that he would not have to buy additional quantities if he received the second batch of his smart card allocations, but this did not happen, and the material disappeared from the markets with the beginning of the cold wave in March.

Some of those who have diesel are now selling it at five-star prices, he said, as the price of one liter of it on the black market has reached 5,000 Syrian pounds (1.25 US dollars).

The local al-Mashhad news site quoted well-informed sources that the regime’s government stopped distributing the second batch (50 liters) of heating fuel at the subsidized price and also neglected the distribution of the ration, at the cost price, via the smart card.

Work to the best of ability

Scenes of queues at gas stations to fill up petrol in Syria reappeared during March amid citizens’ complaints about the lack of fuel at many stations.

A number of taxi drivers in Damascus complained about the difficulty in obtaining their gasoline allocations, which must be distributed every four days, in light of the doubled prices on the black market as well.

A taxi driver, who declined to be named for security reasons, told Enab Baladi that notifications for the delivery of the material are now more than six days late, pointing out that the 25-liter allowance does not allow him to carry out his usual work.

The driver added that he now works for two days only, preferring not to lose money if he had to work throughout the week, as he needs to buy a liter of gasoline from the black market for more than 4,000 Syrian pounds (about 1 US dollar), only during March.

In a report aired by Fuse FM Syria radio on 23 March, a taxi driver complained about the regime government’s lack of commitment to its duties towards drivers.

The driver insisted that he will never work full time if he does not obtain his gasoline allocations, explaining that he usually works only 12 hours a week according to the taxi allocations approved by the government.

Local observers assume that the regime’s government resorts to such a scenario before raising fuel prices which is usually preceded by scenes of queues and talk of the gasoline shortage.

On 11 December 2021, the Trade Ministry raised the selling price of “Octane 90” gasoline on the smart card to 1,100 Syrian pounds per liter, including the commission of the station owners.