Would cash be a sufficient substitute for cross-border deliveries, should Russia veto Bab al-Hawa crossing into closure? 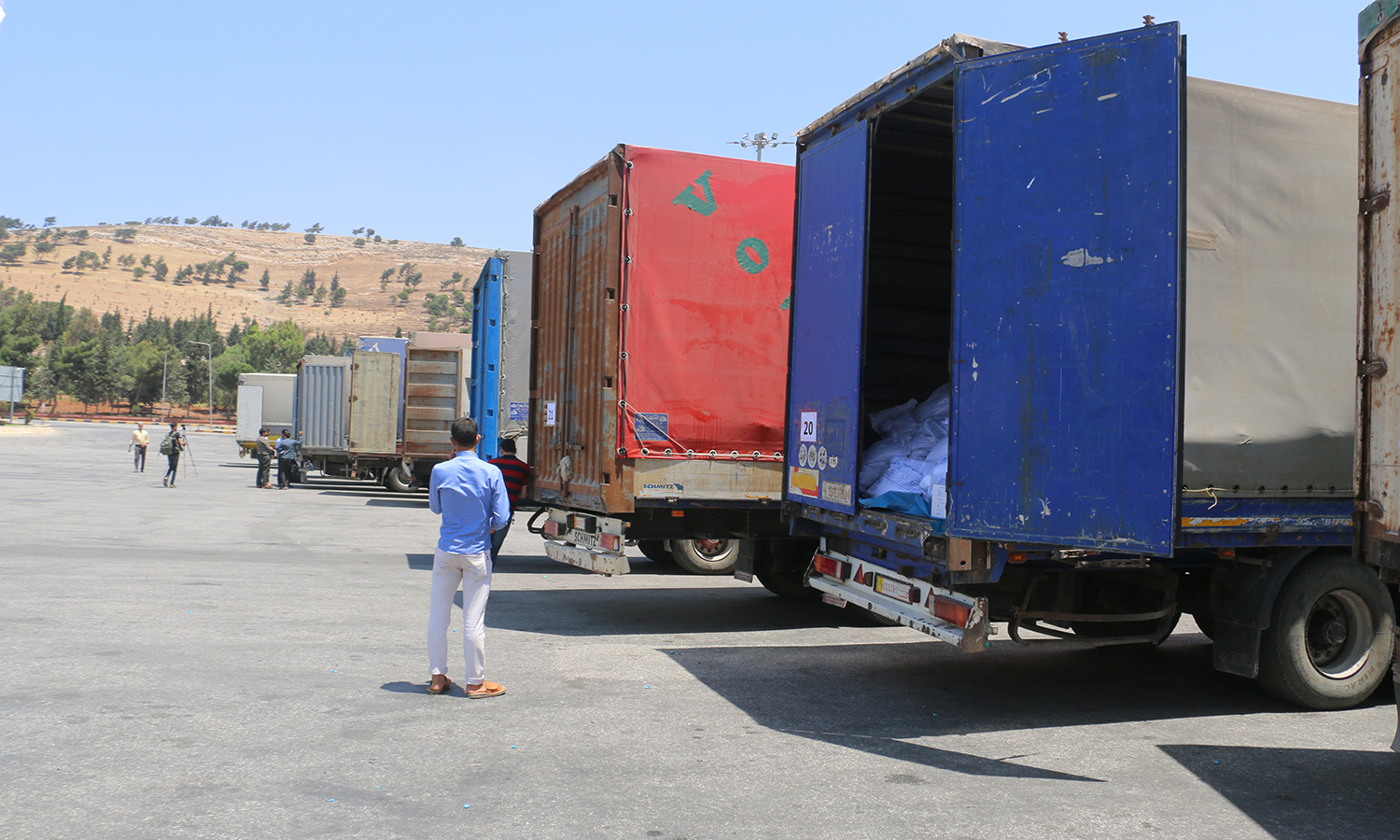 Since early June Russia has been hinting it would veto the reauthorization of remaining active border crossings in Syria and limiting the entry of UN-coordinated humanitarian assistance into northern Syria to channels run by the Syrian regime.

The hints, taken as threats, made local activists and several concerned humanitarian organizations discuss alternatives for helping afflicted communities should the crossings be really closed.

Of the many solutions suggested, one stood out as a probable substitute for cross-border deliveries. Social media commentators discussed sending beneficiaries monetary donations instead of the in-kind aid they are delivered.

Commentators also debated over the pros and cons of the shift to monetary donations in a territory controlled by various sides and when population needs are constantly on the rise, influenced by ongoing shelling and consequent forced displacement.

The possibility of preventing the regime from interfering, and, thus, controlling the fate of target populations through resorting to monetary donations was one of the widely discussed positive dimensions of the proposed alternative solution.

The Minister of Economy of the Syrian Interim Government (SIG), Dr. Abdul Hakim al-Masri, told Enab Baladi that opting for cash aid will contribute to reviving the economy, and resuming commercial and agricultural activity in northern Syria.

Al-Masri added that money donations would also increase the demand for local products and materials and boost market exchanges instead of relying on the food baskets filled with non-Syrian products.

He said that the availability of such cash might even encourage some business owners to establish production facilities not needed before because similar foreign products were already pumped into the market.

Dirani said that such donations can only “partially” fill in the place of in-kind aid, such as food baskets and winter assistance.

Comparing the immediate benefits to local populations brought about by in-kind and cash donations, Dirani said that the second is more functional. Cash aid would leave beneficiaries the choice to spend the money on their own specific needs, unrestricted by the limited options the food basket offers them.

He added that such cash would also set the local markets in motion as well.

Donors often turn donations into in-kind aid because it is an internationally standardized aid method and also less demanding on the level of execution given the financial processes involved and that they have to settle. However, many donors have lately switched to cash aid, considering the positive influence such shift had on target groups and their localities in general, Dirani said.

Commenting on the challenges that might hamper cash-based aid approaches, minister al-Masri noted that the region lacks a controlled banking system, while very few beneficiaries might possibly misuse the cash delivered, denying it to families registered as in need.

Dirani, for his part, said that such aid approaches will naturally have some downsides like all aid mechanisms applied worldwide.

He said that a cash-based approach might worsen the price inflation should donors decide to deliver cash exclusively through designated coupons, for some suppliers would establish a monopoly over purchase centers leaving beneficiaries with quite a few options.

He added that some beneficiaries, wishing to have money, not products, might resort to exchanging the coupons for less than their actual value.

Echoing some of al-Masri’s concerns, Dirani added that some cash recipients might spend the money on things other than their families’ needs, which disrupts the essential goals of aid plans— that is, providing people with top-priority needs.

Minister al-Masri had a few alternative solutions in mind to ensure that cash would definitely reach deserving beneficiaries. He proposed transferring the money to northern Syria through organizations that work on purchasing food baskets with local products from local markets and then distribute the baskets to people.

He said that this solution is advantageous on two different levels, as it would help invigorate the area’s economy and spare donors the risks posed by absent banking systems needed for handling cash deliveries.

Dirani said pointed to mechanisms discussed within specialized UN sectors seeking to ensure the delivery of cash aid to people in need.

He added that proposed mechanisms necessitate compiling the names of beneficiaries, defining the delivery approach, and checking that target families have received the total amount of the money they were allocated.

A number of humanitarian organizations have been lately delivering some cash donations through “electronic vouchers.”

E-vouchers help donors monitor the delivery of cash allocations to families and later meeting with beneficiaries and assessing how effective the aid was and the type of basic needs they managed to obtain.

The talk about alternative solutions precedes the upcoming UN Security Council session on Syria, which if not postponed, would make critical decisions regarding border crossings through which aid is delivered to northern Syria.

The meeting is of paramount importance because the authorization of UN-coordinated cross-border delivery through Bab al-Hawa border crossing ends on 10 July, while to renew the authorization the council needs 9-member votes and the abstinence of five permanent member states, Russia, China, the United States, France and Britain, from using the veto.

A majority of the council’s 15 member states backs the reauthorization of the border crossing, except for Russia that always threatens to use the veto to limit aid deliveries to the routes in regime-held areas, accusing Western countries of undermining the role that Damascus can play pertaining to humanitarian aid assistance deliveries.

Detractors of allowing the regime to have free reign over humanitarian aid through opening internal crossings fear that the regime might use assistance in retaliation against pro-opposition communities or for commercial purposes given the severely collapsed economy in regime-held areas.