What message lies behind U.S. airstrike in Syria? 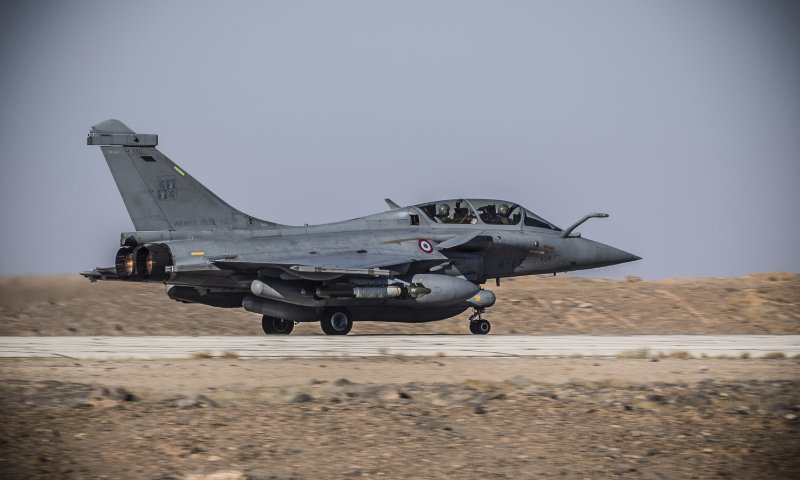 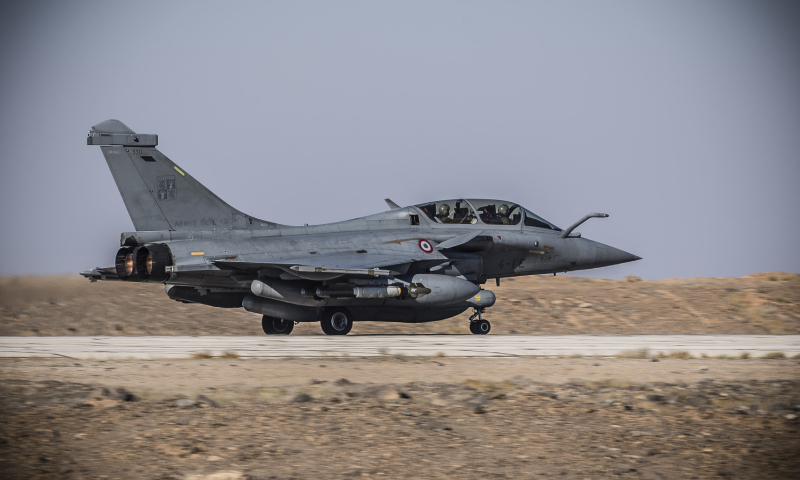 The targeting of Iranian militias by U.S. forces in eastern Syria has raised questions about the strike’s location- why in Syria and not in Iraq? Especially since the U.S. Department of Defense  (Pentagon) has announced that the airstrike was in response to recent attacks against the International Coalition Forces (ICF) in Iraq.

The U.S. forces launched airstrikes on Iranian-backed militia positions in eastern Syria at the dawn of 26 February. Pentagon Press Secretary John Kirby said in a statement that the strikes were ordered by U.S. President Joe Biden.

On 16 February, the official military spokesperson for Operation Inherent Resolve (OIR), Colonel Wayne Marotto, announced the killing of one civilian contractor and the injury of a U.S. service member and other coalition personnel following a rocket attack on Erbil, the capital of the Kurdistan region, in northern Iraq.

The Iran-backed Guardians of Blood Brigades militia claimed responsibility for the attack on Erbil airport.

In its answer to Enab Baladi, the U.S. State Department pointed out why the Iran-backed militias’ positions were targeted by U.S. airstrikes in Syria rather than Iraq. It stated, “This military response was accompanied by diplomatic action, including consultations with the International Coalition’s partners. The U.S. is confident that the selected infrastructure targets in eastern Syria have been used by the same Iran-backed groups responsible for the latest and possible future attacks against U.S. forces.”

The Iraqi expert in international relations, Dr. Omar Abdul Sattar, told Enab Baladi that the U.S. strikes coincided with a striking statement, the first of its kind, by the Iraqi Foreign Minister, Fouad Hussein, on 25 February, in which he described those behind the rocket attack as “terrorists.”

This analysis overlaps with statements by the U.S. Secretary of Defense, Lloyd Austin, following the strikes, in which he said, “I am confident that the target we went after in Syria was being used by the same Shi’ite militia that conducted the rocket attacks in Iraq. We know what we hit,” the U.S. Associated Press news agency reported.

Austin noted that his country’s forces carried out the strike based on intelligence provided by the Iraqi side. He said, “We allowed and encouraged the Iraqis to investigate and develop intelligence, which was very helpful to us in refining the target.”

For its part, the Iraqi Defense Ministry released a statement expressing its surprise at the U.S. Secretary of Defense’s statements about the exchange of intelligence with the Iraqi government before targeting Iranian positions in Syria. The Iraqi government asserted that its cooperation with the ICF is limited to fighting the Islamic State (IS).

Political analyst Hassan al-Nifi thinks that the U.S. strike was directed at a specific side, namely the Iranian militias on the Syrian-Iraqi borders. The strike is of dual purpose; its tacit objective is to send a message to Iran warning it against its militias’ increased presence in Syrian territory.

The strikes were a relatively small, carefully calibrated military response, as seven 500-pound bombs were dropped on a small cluster of buildings at an unofficial crossing at the Syria-Iraq border used to smuggle across weapons and fighters, the New York Times newspaper cited U.S. officials.

The Pentagon offered up larger groups of targets, but U.S. President Biden approved a less aggressive option, according to the officials.

The Biden administration is currently pursuing the carrot and stick policy with Iran and its militias in the region. It has not developed a clear policy towards Iran yet, particularly with  Iranian nuclear diplomatic deliberations between the two sides, al-Nifi said.

Dr. Abdul Sattar said that the U.S. strike was a sudden move regardless of the target size. The Biden administration’s policy towards Iran started to become clear. Iran is unwilling to move on its positions and is increasing its demands in the nuclear deal. On the other hand, Biden did not lift the sanctions on it and ordered a strike on its positions in Syria, which could lead to a series of future strikes against Iran.

The U.S. strikes are often a response to previous attacks targeting its bases, and as long as the attacks continue to occur, the U.S. side will respond regardless of the scale of the response, al-Nifi said.

In a report entitled “In Message to Iran, Biden Bombs Syria,” the U.S. Foreign Policy magazine wrote, “In bombing the war-torn country within weeks of becoming president, Biden follows in the footsteps of his predecessor Donald Trump, who launched a missile strike 77 days into his term, hitting a Syrian airbase in retaliation for a suspected chemical weapons attack.”

“What the strikes both have in common is that they are designed to be interpreted not as an act of war, but as a message. In Biden’s case, it’s an attempt to set boundaries of acceptability with Iranian proxy forces and meant to prevent further escalation,” the magazine added.

Chairman of the Russian Federation Council Commission on Information Policy, Alexei Pushkov, said the U.S. airstrike on Syria can be viewed as a signal to Russia and a number of other world powers about the nature of the foreign policy course of U.S. President Joe Biden.

Through the strike, Biden wanted to send a message to Moscow, Tehran, Damascus, China, Tel Aviv, and Riyadh, with different objectives, less than 40 days after the U.S. democrats came to the White House.

A U.S. official told VOX news website on condition of anonymity to speak freely about sensitive discussions that the Biden administration’s thinking behind the airstrikes was that it needed to “send a message that the U.S. will not turn a blind eye to Iran-backed militia attacks against U.S. forces.”

Biden, who directed the strike, said that Iran should view his decision to authorize the airstrikes in Syria as a warning to protect and defend U.S. personnel and partners against these attacks and future similar attacks.