What are the implications of amending decree criminalizing dealing in US dollars? 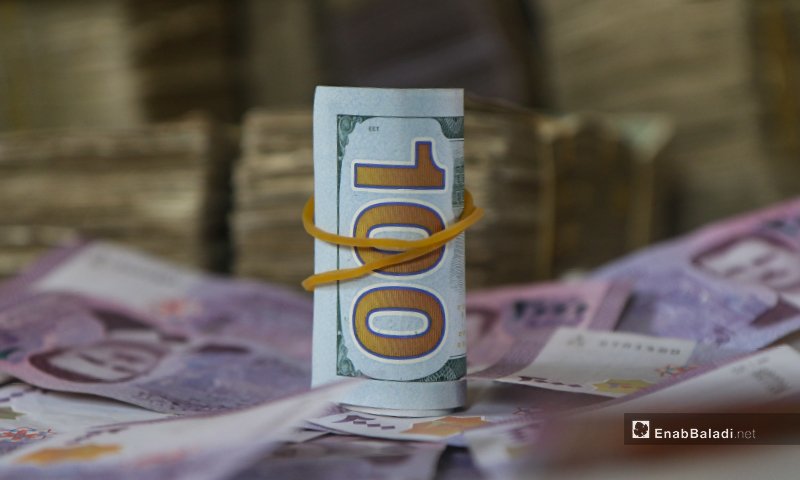 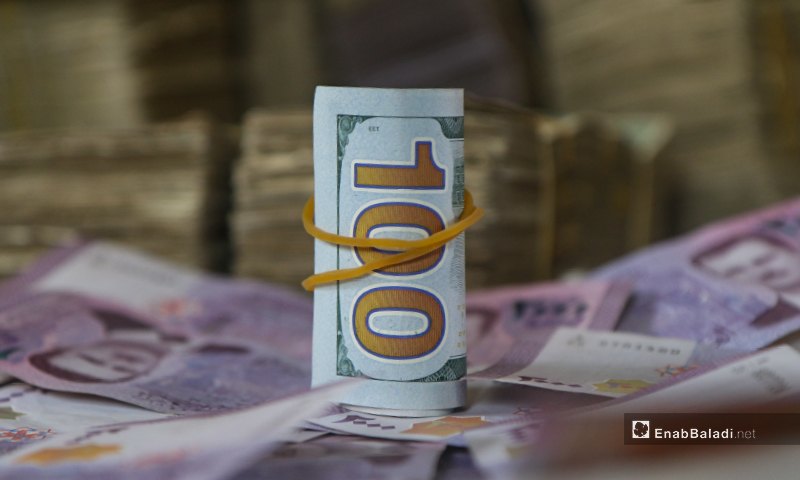 With the acceleration in the Syrian Pound’s devaluation (SYP)—which plummeted, reaching an all-time low of 4,000 to US dollar (USD)— economists demanded amendments to the decree on criminalizing those who deal in US dollar in areas controlled by the Syrian regime.

On 23 February, the Syrian Commission on Financial Markets and Securities proposed amending the decree on criminalizing those who deal in US dollar in the Syrian regime-controlled areas. They also proposed finding an appropriate legal mechanism to meet the people’s needs for foreign currencies without violating the decree and the monetary and financial regulations.

The Commission called for the amendment of Decree No. 3 of 2020, which criminalizes dealing in US dollar, and establishing official outlets for economic actors to trade in this currency.

The “unique” proposal coincided with an unprecedented slide in the SYP value against the USD. One US dollar exceeded 4,000 SYP on the black market in the Syrian capital of Damascus this March.

Meanwhile, according to its bulletin, the official exchange rate of the Central Bank of Syria (CBS) remained stable at 1,256 SYP per USD.

Enab Baladi spoke to several economic experts, seeking their views on the possibility of canceling Decree No. 3 and the expected impact on the exchange rate of the SYP against the USD if a decision is taken.

On 18 January 2020, the head of the Syrian regime, Bashar al-Assad, issued Decree NO.3, imposing stricter penalties on those dealing in currencies other than the SYP.

Karam Shaar, a Syrian economist and researcher at the Middle East Institute in Washington, said that even the trader who conducts business dealings legally, pays customs clearance fees on state-permitted imported goods, and sells them inside Syria legally, is now breaking the law according to Decree No.3. Furthermore, traders who engage in USD-financed buying and selling operations in a bank outside Syria are also violating the law.

Shaar explained that the decree considers people who deal with banks outside Syria as “criminals”, causing a “dollar-phobia” among those who deal in US dollar. This decree has started to impact the businesses of companies negatively.

Firas Shabou, who holds a Ph.D. in banking and financial sciences, describes the criminalization of dealing in US dollars as a “security decision,” noting that it does not serve Syria’s economic interest.

Shabou said that there are no financial institutions in Syria, neither a “securities commission” nor a “stock exchange.” Furthermore, Syria’s trading volume is “so shameful,” and that CBS’s statements are issued “in a security tone”. The CBS, for example, would often say we will hold people accountable, or we will strike with an iron fist.

Who benefits from the status quo?

Decree No. 3 stipulates that any person dealing in currencies other than the SYP in commercial transactions “shall be sentenced to temporary hard labor for no less than seven years.”

They shall be punished with “a fine equivalent to twice the value of the payments or the amount in use or paid, as well as the services or goods offered” in addition “to confiscating payments, or sums involved or precious metals for the benefit of the CBS.”

Firas Shabou pointed out that “there are those who benefit from the current situation in Syria; they are the war merchants, and some of those affiliated with the Syrian-regime, Russia, and Iran.”

Shabou considered that no one conducts his business in US dollars in the Syrian regime-held areas, “unless he is supported by the Russians or Iranians, achieving enormous revenues.”

The CBS supports merchants by selling them US dollars at a subsidized price (1 USD =1,250 SYP) to encourage them to import certain goods.

However, these merchants themselves price their imported goods based on the black market exchange rate (1 USD=4,000). Despite this, they are not subject to prosecution because they are “the foundations of the state,” according to Shabou.

On 24 January, the CBS issued the new 5,000 SYP banknotes for circulation. The Syrian government bet that the SYP exchange rate against the USD and the prices of materials in the market would not be affected by the new denomination release. However, the events on the ground proved the opposite.

ٍShabou said, “a state of comfort” and ease would prevail in the local Syrian markets if Decree NO.3 is canceled. The traders will get the US dollar at a fair price.

The economist added that the amendment or abolition of the decree would “give the traders and remittances easy access to the areas controlled by the Syrian regime. This would work better for the markets and revive the economic life to some extent.”

However, “Since it is not allowed to deal in US dollars, people have to take a risk and carry out their business transactions in US dollars. Therefore, a margin of risk will be added to the value of the US dollar exchange rate.”

Shabou expected that “there will be a significant rise in the exchange rate of the USD against the SYP.” In other words, the government “found a solution to the problem of preventing dealing in US dollars. However, another problem was encountered: resetting the exchange rates and stopping the SYP’s continuous depreciation. This is because the demand for hard currencies will be endless, while the supply is not sufficient to meet the demand.”

Remittances are not sent through the Syrian regime’s official channels because the Syrian government sets the SYP’s exchange rate at a very low level—1,256 SYP per USD—compared to the black market price.

Firas Shabou believes that if Decree No.3 is abolished—to allow dealing in USD and keep the exchange rate of the remittance’s US dollars stable, according to the CBS official rate set—the decision would be pointless. This will create a growing demand for the US dollar.

Shabou explained that “the state hides its weakness with the supply by imposing security measures.”

The state cannot control the exchange rate to deal with any new reality because it does not have the necessary tools, such as injecting or withdrawing US dollars.

Economists contacted by Enab Baladi ruled out that the Syrian regime would cancel Decree No. 3.

Dr. Karam Shaar said, the effect of canceling Decree No. 3, if it is taken, will be “limited” and will not improve the economic situation “very much.”

Shaar pointed out that the amendment to the decree, if it occurs, must be related to traders’ dealings with banks outside Syria, with which they carry out their commercial transactions legally.

Firas Shabou explained that the economic situation in Syria is “absolutely unsound.”

There are no financial or monetary foundations, the government is empty, and the economic sectors outside the control of the Syrian regime are “rented to the Russians and Iranians,” he added.

Shabou said that any “strategy or decision would not bear fruit” because the Syrian regime does not make a single decision unless it is “in its interest or the interest of its pillars,” not what is in the best of “official channels.”