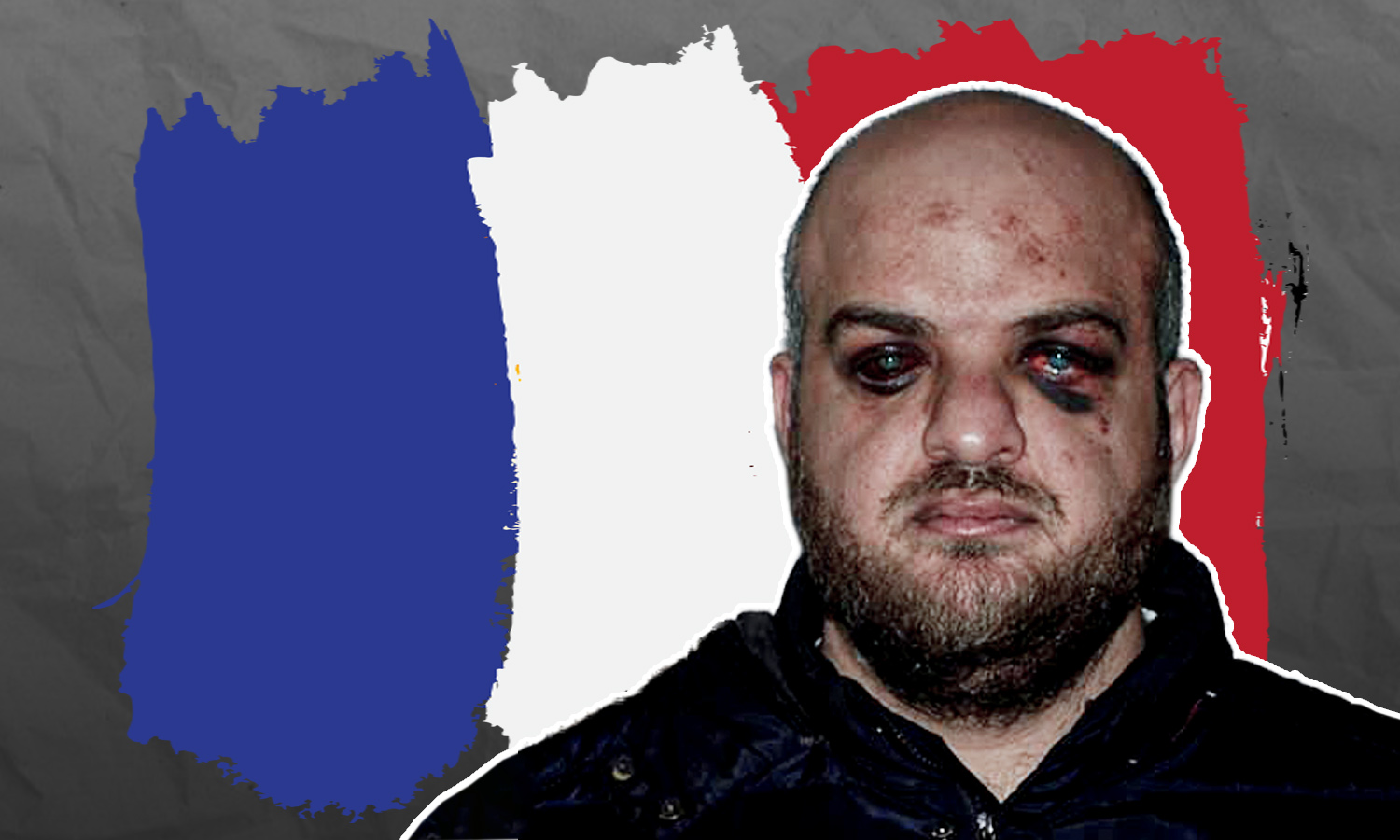 Accountablity is one central dimension to the future transitional justice process in Syria, for the political arena is dominated by warring parties, including figuers and commanders accused of committing “war crimes” and “crimes against humanity”, who obtain claimed some extent of legitimacy through the de facto powers they acquired.

However, accountability procedures carried out by Syrian and international human rights organizations and the governments of the countries supporting such accountability, especially the European ones, are likely to contribute to the permanent delegitimization of these figures in the future.

In conjunction with a decision of the Higher Regional Court in the town of Koblenz, southwestern Germany, which sentenced Eyad al-Gharib, a former member of Syria’s intelligence services, to four-and-a-half years in prison for being an accomplice to crimes against humanity and his role in aiding and abetting the torture of detained protesters in his homeland; the case of Majdi Nehme, nicknamed Islam Alloush, made headlines, with striking new information.

Alloush was seemingly subjected to torture in French prisons. In other words, Alloush’s right has been “violated” by French authorities who arrested him on charges of war crimes and torture in Syria.

Islam Alloush is the former spokesperson of the armed group Jaysh al-Islam (Army of Islam). The group is one of several hardline jihadist groups opposing the al-Assad government.

The Syrian Center for Media and Freedom of Expression reported that Jaysh al-Islam is also accused of committing systematic international crimes against civilians, who lived under its rule between 2013 and 2018 in Eastern Ghouta, in the suburbs of Damascus. On 26 June 2019, the Center and the victims’ families filed a complaint against Jaysh al-Islam for the crimes committed in Damascus’s Eastern Ghouta.

On 27 February, Majdi Nehme’s family took to  their Twitter account, claiming that he has been subjected “to great psychological and physical torture.”

A day later, the same account posted a photo of Alloush, showing that he was “physically tortured” during his detention in France.

In an interview with Enab Baladi, Islam Alloush’s defense lawyer, Raphaël Kempf, confirmed this photo’s authenticity, which was taken two days after his arrest.

“Majdi Nehme did not resist his arrest by the French police,” according to the defense lawyer.

On 29 January 2020, Islam Alloush was arrested and indicted by the war crimes unit of the Paris Tribunal for war crimes, torture, enforced disappearance, and complicity in these crimes.

These indictments marked the opening of the first investigation into crimes committed by the armed faction of Jaysh al-Islam, which was mainly active in the eastern Ghouta of Damascus.

According to the defense lawyer, “the French police believed that he [Islam Alloush ] was a war criminal and could beat him as a form of revenge.”

The French authorities’ preconceived belief prior to any judicial decision in the case violates the French law, which requires and stipulates respect for the rights of others in any case, even if the persons being pursued are accused of “war crimes.”

In a statement published by the Syrian Center for Media and Freedom of Expression on 11 March, the Center and its partners, the prosecution team in the Islam Alloush case, condemned what they described as a “smear campaign” that has lasted for several days on social media networks regarding the developments of this case.

According to the Center’s statement, the family of Islam Alloush, by spreading this kind of information, is “questioning the legal procedures undertaken against Majdi Nehme by the Crimes Against Humanity Unit of the Paris Tribunal.”

Majdi Nehme’s family’s tweets include “serious attempts to intimidate all witnesses, victims, and civil parties participating in the legal procedures,” according to the Syrian Center.

They also aim specifically to “discredit the work and efforts of the plaintiff organizations to confirm the truth.”

All victims and witnesses, in this case, have returned to the competent French court because Majdi Nehme was arrested in France, and it is the only available means at present.

The director of strategic litigation at the Syrian Center for Media and Freedom of Expression, Mutassim al-Kilani, told Enab Baladi that “the Syrian Center did not know what the suspect Islam Alloush was subjected to before the information was published on Twitter last February.”

Furthermore, “We firmly reject any violations of the rights of any suspects and support an independent judicial investigation of the incident,” according to al-Kilani.

Al-Kilani stressed that those who beat Alloush, when arrested, should be held accountable if the incident of unjustified violence is proven.

After learning about the developments of the case, the Syrian Center wrote to the judicial authorities, “We learned that the suspect’s defense lawyer, Nehme Majdi (Islam Alloush), filed a complaint against the French Police and requested an investigation into the violent incidents against Alloush. However, the violence was due to a clash between the suspect, Majdi Nehme, and the police; he resisted arrest and tried to escape,” al-Kilani said.

Alloush was not “tortured”

Islam Alloush was not “tortured”, as the family claimed, because the objective of torture is to cause pain in order to get information from a detainee. The party that practices torture believes that the detainee withholds information that could reveal the truth.

Director of the Syrian Center for Justice and Accountability, Muhammad al-Abdullah, said that “violence was used only during the arrest.”

Islam Alloush was a former captain in the Syrian regime’s armed forces, who then defected and became a senior official and spokesperson for Jaysh al-Islam. He had close ties with Jaysh al-Islam’s leader Zahran Alloush from 2011 until the latter was killed in an airstrike.

Final verdict will not be affected, but there is weak evidence

Defense lawyer Raphaël Kempf hoped that the photo would affect the course of the case and play an essential role in clearing Islam Alloush of the charges against him and restoring his normal life.

Muhammad al-Abdullah said that the case’s final verdict will not be affected if the French Police violates the arrest procedures. Thus, this violent incident against Alloush will not be considered by the tribunal when the verdict is issued. However, if Alloush has been subjected to any violation during the arrest, he has the right to file a civil case separate from the main criminal case. He can demand compensation for these physical and psychological damages. It is worth mentioning that if the defendant is found guilty or not guilty of a crime, he still has the above-mentioned right.

Discussing the verdict, al-Abdullah pointed to the amount of evidence available to convict Islam Alloush in this case, as Alloush has been in detention for more than a year, and his case was not yet referred to the judiciary at the time of reporting.

This lack of progress, according to al-Abdullah, does not mean that Islam Alloush is innocent of these charges but that “the volume of evidence is weak.”

The complaint filed in June 2019 against Islam Alloush came after more than three years of documents submitted by the Syrian Center for Media and Freedom of Expression and the International Federation for Human Rights (FIDH) regarding the crimes committed by Jaysh al-Islam.

According to the Syrian Center, the indictment included “summary execution, kidnapping and systematic torture against men, women, and children. The group (Jaysh al-Islam) targeted people suspected of colluding with the Syrian regime as well as ordinary civilians, accused of not adhering to the Sharia law imposed by the group, or because they belong to religious minorities”.

Human Rights Watch also accused Jaysh al-Islam of committing “war crimes” for using its detainees as “human shields,” including civilians, by placing them in iron cages distributed in Eastern Ghouta in October 2015.