Why is Israel stepping up predawn airstrikes against Iranian-linked targets in Syria? 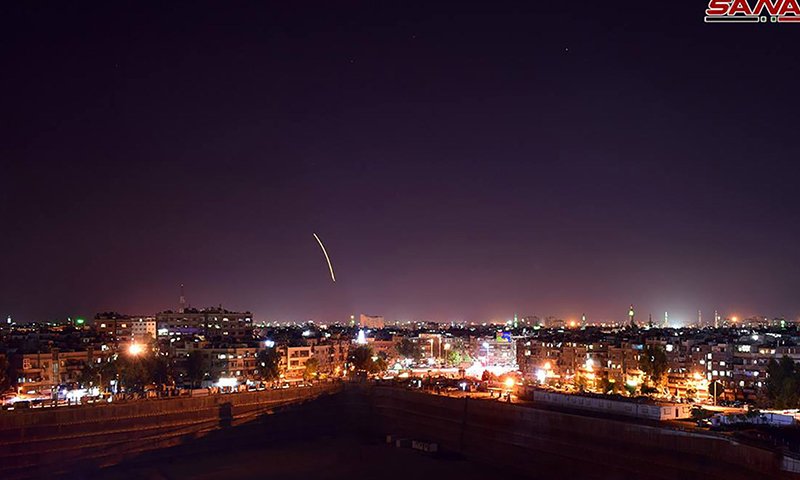 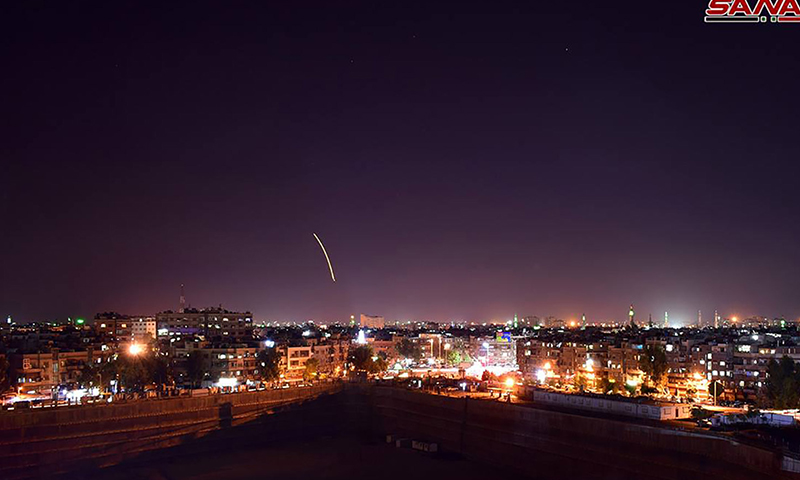 In recent months, Israel has intensified its night-time airstrikes against Iran-linked sites in Syria in order to reduce Iran’s military capabilities and growing influence in Syria, especially in border areas.

Israeli airstrikes targeted several sites in southern Syria. These airstrikes are considered the second in the southern region in Syria since the beginning of 2021 and the fourth across Syria.

An unnamed military source told the state-run Syrian Arab News Agency (SANA) on 3 February that “the Israeli enemy conducted, at exactly 10:42 pm, air aggression from the direction of the occupied Syrian Golan with bursts of air-to-surface and ground-to-ground missiles, targeting some sites in the southern region.”

The source added that the air defenses “confronted and shot down most of the incoming enemy missiles. There were only material losses.”

On 22 January, Israeli warplanes fired numerous missiles from the region near Tripoli’s Lebanese city towards central Syria, killing a family of four members, wounding four other people, and destroying three homes in the western countryside of Hama.

Enab Baladi contacted different sources, including civilians, who confirmed that Israel had struck a series of Iranian-linked arms depots and sites in separate areas in the eastern countryside of Deir Ezzor.

On 7 January, Israel fired missile barrages targeting sites in the southern part of Syria from the occupied Golan Heights region. This took place a week after Israel struck the Syrian regime’s air defenses at the Nabi Habeel Summit in the northwestern countryside of Damascus.

Israel has stepped up its raids on the Syrian regime’s military bases, Hezbollah, Iran’s Revolutionary Guards, and Iranian-backed militias, particularly at night or just before dawn.

Why airstrikes at night?

Colonel Adib Aliwi told Enab Baladi that the reported Israeli airstrikes are carried out with intelligence provided by the U.S. It is apparent that Israel’s airstrikes on targets in Syria are very accurate, even though some targets are located between residential neighborhoods. In other words, Israel uses smart bombs, which are suited for hitting targets very precisely, leaving no room for error.

Considering the question as to why Israel carries out most of its airstrikes after midnight, Aliwi said that there is no difference between day and night when hitting with smart bombs. However, after midnight, the launch of airstrikes allows for greater losses among military personnel within the target points. It also reduces the possibility of civilian casualties if the target point is within a residential area.

From a military point of view, daytime bombardment differs from night-time bombardment in traditional wars. The latter is more difficult due to the lack of clear vision. However, Israel’s precision weapons operate according to the saying “set it and forget it.” The missile is only fired when the desired target is guaranteed.

According to Aliwi, Israel does not use any military tactics with the Syrian regime because it does not need to. The Israeli aircraft have flown over Latakia both before the Syrian revolution and after and when the regime forces were at full capacity. In 2007, Israel bombed al-Khobar’s suspected nuclear reactor in Deir Ezzor without any reaction on the part of the Syrian regime.

The Russian S-300 air defense system (ADS), which the regime boasts about, is nothing more than a hoax, according to Aliwi. The Russians do not allow the regime to use it against Israel, while the Iranians avoid any direct response to any Israeli action.

Aliwi ruled out the notion that Israel would stop its attacks against Syria before achieving its goals. Israel attempts to distance Iranian forces from its northern borders with Syria by at least 70 kilometers (43.4 miles). Israel also aims to trim Iran’s nails in the region. Aliwi highlighted that the Israeli airstrikes are intended to uproot Iranian influence from the region, as much as it seeks to reduce its surplus military force in Syria.

What is the goal of the Israeli attacks?

Colonel Ismail Ayoub believes that the Israeli strikes only target the Iranian presence at the surface level. Iran is present in Syria by an international decision. Plus, the Israeli airstrikes do not attempt to paralyze the Syrian regime’s movement because they do not target the warplanes or military equipment it uses against its people.

Ayoub said that Israel’s goal is to destroy everything related to weapons technology and air defenses, with absolutely no value placed on the number of dead in its raids.

In its sorties on the regime’s sites, Israel uses different types of stealth aircraft, which are difficult to detect due to the darkness of night. Stealth aircraft are immune to radar detection in the first place. Thus, the aircraft remains of unknown type unless Israel discloses its type.

Israel has some red lines that the Syrian regime is forbidden to cross, such as possessing advanced munitions or threatening its national security. The Iranian presence in Syria is undoubtedly one of these red lines, according to Ismail Ayoub.

Israel rarely acknowledges its responsibility for airstrikes on Syria. However, the Israeli newspaper Jerusalem Post reported that the Israel Air Force (IAF) conducted 50 strikes against targets in Syria throughout 2020, as revealed in its annual statistics report released on 31 December 2020.

Israel is likely to continue its air campaign on Syria. It is motivated because the Syrian regime does not typically respond to any of its attacks, except for ground-based countermeasures (anti-aircraft missiles), which do not hinder any Israeli targeting inside the Syrian territories, Hidai Zilberman, the spokesperson of the Israeli army, told the Elaph news site.