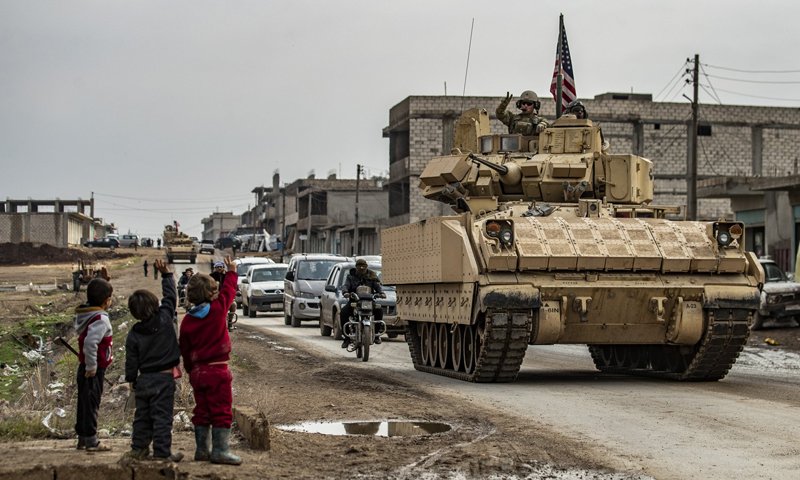 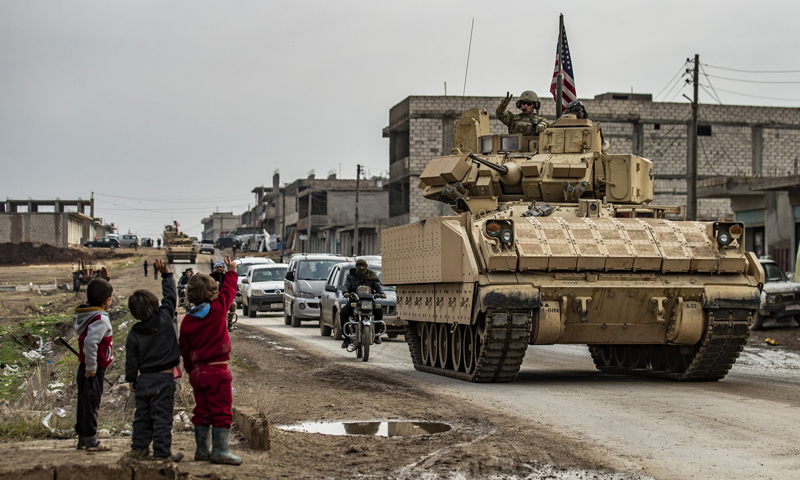 The talks are garnering wide international support, particularly from the U.S.  which is considered a major advocate of the Kurdish-Kurdish dialogue.

Kurdish negotiations were put on hold in October 2020, after the U.S. adviser to the global coalition forces, William Robak, and the U.S. diplomatic team left for the US to follow up on the presidential elections that ended with the victory of the Democratic candidate, John Biden.

Sama Bakdash, the Democratic Union Party (PYD) spokesperson, stated on 16 January, that the Kurdish-Kurdish talks will be resumed this February.

She pointed that the U.S. administration is trying to engage the Kurds in the Syrian political process.

There are two sides to the Kurdish dialogue. The first is the U.S.-backed Democratic Union Party (PYD), which is the core of the Autonomous Administration, in control of northeastern Syria. The second is the Kurdish National Council (KNC)—known for maintaining close ties with Ankara and Iraqi Kurdistan.

The KNC was one of the Syrian opposition’s bodies. Several of its offices were closed and many of its members and affiliated military groups were expelled from the area by the PYD.

Several failed agreements, from the Kurdish National Parties Initiative of 2011 till the Dohuk Agreement of 2014, led to the current dialogue that started in October 2019, under international auspices, stipulated by the KNC as a condition to engage in the talks.

The KNC and the PYD have held several meetings since then.

The Kurdish talks are moving into a critical phase. In this next round, the two parties should approach long-delayed issues, including the return of the KNC-affiliated Rojava Peshmerga from Iraqi Kurdistan, the assessment of the Autonomous Administration’s social contract and deciding how to reformulate it, researcher on Kurdish affairs, Badr Mulla Rashid, told Enab Baladi.

The talking parties should also approach another issue, the most sensitive of all. That is the fate of non-Syrian PKK members in the region, researcher Mulla Rashid added.

Agreeing on “Kurdish political terms of reference” does not mean realizing a “comprehensive agreement” between the KNC and the PYD, since many issues have not been discussed, including the return of the Peshmerga forces from northern Iraq, Kurdish National Council representative Fouad Aliko told Enab Baladi earlier.

The KNC was established on 26 October 2011 in the city of Arbil, northern Iraq, encompassing 15 Syrian Kurdish parties and armed groups, under the auspices of the former President of Iraqi Kurdistan, Masoud Barzani.

The PYD, established in Syria in 2003, is considered a branch of the Kurdistan Workers’ Party (PKK). And it was the PYD that founded the Autonomous Administration on 21 January 2013.

The PKK has been designated a terrorist group by Turkey, the U.S., the European Union (EU), Iran, Australia, and a number of Arab countries.

“The PKK is a brotherly Kurdish party,” General Commander of the Syrian Democratic Forces (SDF), Mazloum Abdi, told Asharq Al-Awsat. He added that the SDF maintains similar relations with all the Kurdish parties in Iraq, denying any organizational affiliation between the SDF and the PKK.

In an interview with the International Crisis Group, in mid-September, Abdi admitted that there are PKK fighters in Syria.

Abdi said that 4000 PKK fighters died in the military action in Syria. “Should a war break out in the future, or should we be attacked by any powers, we will ask for the Kurdish forces’ support. This is quite normal.”

Biden administration central to the talks

The new round of talks is dependent on the potential interest it will invite from President Joe Biden’s administration, researcher Mulla Rashid said.

“The initial signals from the Biden administration demonstrate that the U.S. policies will largely follow former President Barak Obama’s guidelines. That is keeping Iran under control through the nuclear file, and putting limits to the Russian expansion,” he added.

“However, the attempts to keep these two countries’ actions under control should not necessarily be in line with the Syrians’ interests. The attempts will focus on bringing [Tehran and Moscow] to the negotiations table.”

The U.S. policies are likely to enhance stability in the areas east of the Euphrates River because the U.S. is still determined to prevent the IS resurgence, according to researcher Mulla Rashid.

IS has intensified its military activities after its leader Abu Bakr Al-Baghdadi was killed in a U.S. operation in October 2019.

Since early 2021, IS attacks have been taking an upward trajectory.

IS adopted nearly 600 attacks in Syria over 2020. Most of these attacks were carried out in the eastern parts of the country, causing the death and injury of 1,327 persons—901 SDF fighters, 407 regime forces, and 19  armed opposition fighters.

The overwhelming majority of the IS attacks, about 389, occurred in Deir Ezzor. Other 59 attacks were carried out in Raqqa, 38 in Homs, 39 in al-Hasakaah, 36 in Aleppo, and 29 in Daraa.

The IS increased activity and the U.S. policies will affect the Kurdish dialogue flow, researcher Mulla Rashid said. In the future, should the U.S. decide to make real changes in Syria; it is most likely that it will follow the deep breath policy regarding the areas east of the Euphrates River, to realize a true formula for consensus.

The new U.S. administration will adopt a more realistic approach in the areas under the Autonomous Administration, Abdi told Al-Monitor on 10 October 2020, expressing his optimism.

After Joe Biden formally assumed office, Abdi called on the new U.S. administration to follow a “new strategy” to enhance the U.S. role and put an end to the “Syrian Holocaust.”

The US Deputy Envoy to Syria, David Brownstein, met the two parties to the dialogue separately in mid-December 2020.

“Kurdish unity in Syria” is a strategic goal for the U.S., and, through this dialogue, the U.S. is trying to involve the Kurds in the political process, Brownstein said.

“The U.S. confirms its support for the Kurdish-Kurdish dialogue, which is making progress. We hope the dialogue will enhance the broader political process under Security Council Resolution No. 2254,” an official of the U.S. Department of State answered Enab Baladi’s request for comment.

The KNC offices were repeatedly attacked as the talks advanced.

The last of these attacks was carried out on 14 December 2020 against the KNC office in Darbasiyah, north of al-Hasakah. Besides shooting, the office was sabotaged.

It is difficult to “predict the way things will progress,” researcher Mulla Rashid said, given the aforementioned obstacles and the statements made by officials of the Autonomous Administration, “which brought back the rhetoric of antagonism that predominated before the dialogue.”

The initial agreement reached by the Kurdish parties, in June 2020, provided for the formation of a Kurdish political authority. The representation within this authority is divided as 40% PYD, 40% KNC, and 20% other parties and forces unaffiliated with the party or the council.

Subsequently, the parties agreed to form an authority of 30 members —12 from the PYD, 12 from the KNC, and eight from parties and forces other than the PYD and the KNC.

According to the agreement, the authority is to set up general strategies; embody the unified position; form an actual partnership between the entities within the Autonomous Administration; and guide policies towards political and administrative unity, involving all the area’s components.

It was also agreed to establish a joint committee, of the authority, to merge the area’s military bodies.

The Kurdish-Kurdish dialogue has been “well on the way,” and the most important outcome achieved was restoring trust between the talking parties, Abdi said in his latest interview with Asharq Al-Awsat.

A memo of the terms of political reference has been drafted, “and it is the basis for any subsequent agreement, and other contentious issues remain secondary,” Abdi added in the interview with Asharq Al-Awsat on 5 February. The secondary matters will be addressed in the upcoming rounds, “to be held soon.”

On 1 February, Abdi posted a tweet on the preparations made for a new phase of the Kurdish-Kurdish dialogue in Syria.

SDF’s goal is the success of the intra-Kurdish dialogue, he tweeted, adding that the agreements reached by the two parties are “essential and protect the interests of our people.”