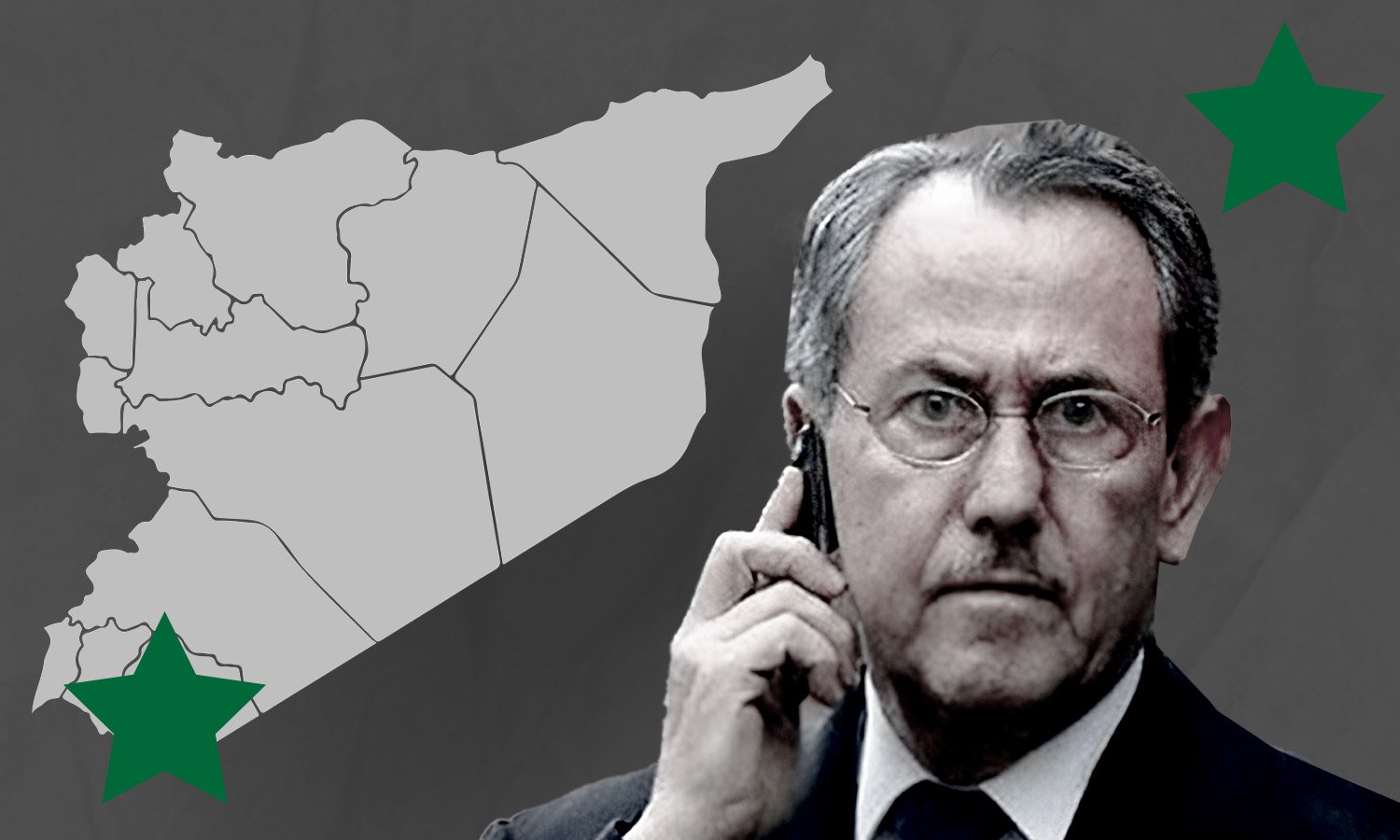 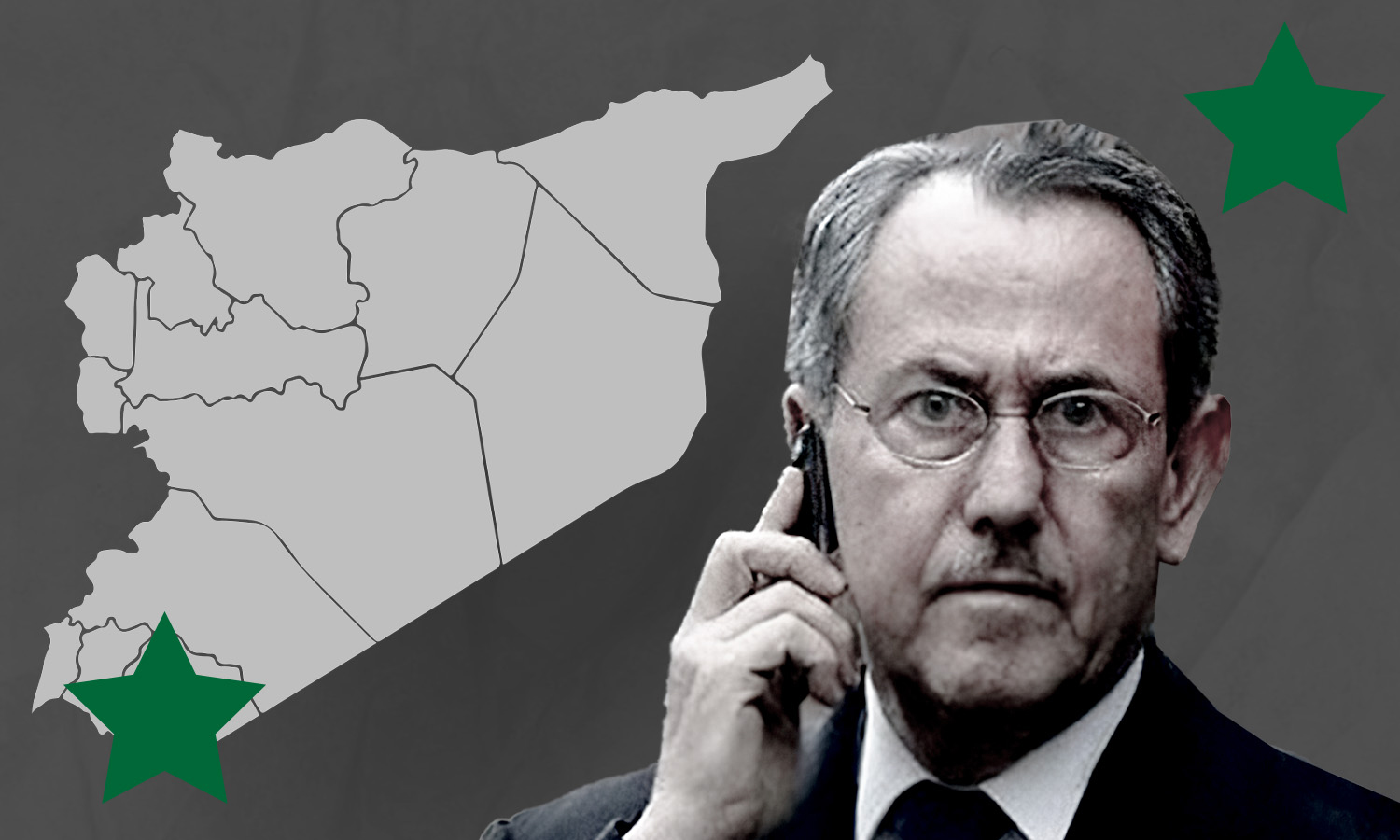 The election of Joe Biden as President of the United States (U.S.) has precipitated conflict within Syria on the issue of sanctions. Political and religious figures, as well as research centers, have called for sanctions to be lifted, while the Syrian opposition members and activists continue to support existing sanctions.

Fawaz al-Akhras, the father-in-law of the President of the Syrian Regime, was the lead signatory of the letters which underscored the warnings of the former Executive Director of the United Nations World Food Program, David Beasley.

Beasley said that millions of Syrians are suffering severe pressure due to the substantial damage the Syrian healthcare system has sustained during the Syrian crisis. He affirmed that the coercive measures imposed by the U.S. exacerbated the suffering of the Syrian people.

The Syrian regime’s supporters, including politicians and clerics, have sent letters to the U.S. and many European countries, calling for lifting or reducing the sanctions imposed on the Syrian regime. These letters were met with a counter-movement carried out by opposition members and activists. Several Arab and Syrian figures have signed a letter that will be presented to the U.S. President, Joe Biden, condemning the Syrian regime’s violations and crimes against humanity in Syria. They also make suggestions that would alleviate the suffering of the Syrian people, such as distributing humanitarian aid to the Syrian people and assisting in the global response to combat the outbreak of the novel coronavirus (COVID-19), including delivering the vaccine to Syrians.

Ayman Abdel Nour, the head of the Syrian Christians for Peace, a pro-opposition humanitarian organization, revealed in an interview with Enab Baladi the contents of the draft letter that came as a response to the Syrian regime’s letter. The letter was also signed to be submitted to the U.S. President. It highlights the economic siege that the Syrian government has imposed on its people. For example, the Syrian regime has a monopoly over essential goods the Syrian people need; Syrian people are only allowed to obtain basic foodstuffs through the “smart card,” while high-priced goods and brands are restricted to regime loyalists. Besides, food aid, which is supposed to be distributed free of charge, is being traded for profit by war merchants.

The opposition message considered the attempt of select Christian clerics who tried to plead with Western governments to remove sanctions as delusional. This would not serve the Syrian people’s interest because the sanctions do not involve food and medicine.

Ayman Abdel Nour, one of the signatories of the opposition’s letter, noted that the letter addressed to the U.S. to lift or reduce sanctions against the Syrian regime was signed only by clerics under the influence of the Syrian regime, even though they represent the largest sects. Abdel Nour believes that some clerics signed the letter without consenting to its text. Many of the signatories were pressured to sign the letter.

The opposition letter suggested many issues that may put pressure on the Syrian regime with regard to humanitarian aid. The letter demands that international organizations deliver the coronavirus vaccine to prisoners, detainees, older people, and war casualties in all Syrian territories. The letter also suggests the U.N. supervise vaccine distribution in Syria after the Syrian regime failed to control the pandemic crisis in the areas it controls, as compared to northeastern and western Syria regions.

It also demanded that international organizations be allowed to enter Syria to ensure the safe arrival of aid so that the Syrian Red Crescent and the Syria Trust for Development– the latter of which is run by Asma al-Assad, the wife of the president of the Syrian regime–would not control the delivery of the humanitarian aid.

Fawaz al-Akhras lives in the U.K. and runs a group of research centers. Al-Akhras was placed on the U.S. sanctions list on 22 December 2020, a list which included Asma al-Akhras and some other immediate family members, including Sahar Otri Akhras, Firas al Akhras, and Eyad Akhras.

The U.S. State Department said that it sanctioned Asma al-Akhras, the wife of Bashar al-Assad, “for impeding efforts to promote a political resolution of the Syrian conflict.”

“Asma al-Assad has spearheaded efforts on behalf of the Syrian regime to consolidate economic and political power, including by using her so-called charities and civil society organizations.”

The State Department stated that the al-Assad and al-Akhras families have “accumulated their ill-gotten wealth at the expense of the Syrian people, through their control over an extensive, illicit network with links in Europe, the Gulf, and elsewhere. Meanwhile, the Syrian people continue to wait in long queues for bread, fuel, and medicine.”

Al-Akhras is not left alone to face sanctions

The allies of the Syrian regime, Russia and China, called for the lifting of Western sanctions, advancing the political process, and improving the security and humanitarian situation in Syria.

China’s permanent representative to the United Nations, Zhang Jun, said during a Security Council meeting on 22 January that unilateral coercive measures against Syria should be lifted at an early date because the economic and humanitarian difficulties in Syria are primarily due to the economic embargo and other economic sanctions.

He pointed out that sanctions “severely” undermine the Syrian economic base and hamper Syrians’ access to medical supplies and services.

“It is time to lift the illegal unilateral E.U. restrictions against Damascus, for the benefit of the Syrian people, whose well-being is allegedly a major concern for the Western community. This will help promote regional stability and security,” Zakharova said.

Zakharova added that the Western sanctions against the Syrian regime, along with the spread of the coronavirus pandemic, further escalated Syria’s social and economic crisis in 2020. She noted that the Syrian people are the first to suffer in these already dire conditions.

On 22 January, The Wall Street Journal reported that the U.S. secretaries of the State, Treasury and Commerce, in consultation with the Health and Human Services secretary and U.S. Agency for International Development administrator, will review existing U.S. and multilateral sanctions to assess if they are hindering responses to the coronavirus pandemic, according to a provision in a national security directive released by President Biden on 21 January.

After that, the secretaries will make recommendations to the U.S. president, through the national security adviser and COVID-19 response coordinator, for any changes in approach.

They did not define the countries included in the possible sanctions relief, making it unclear whether Syria is among them or not.

On 29 December 2020, U.N. human rights expert Alina Dohan called on the U.S. to lift the unilateral sanctions on Syria. She said that the sanctions imposed under the Caesar Civilian Protection Act in Syria will exacerbate the dire humanitarian situation, especially during the coronavirus pandemic. Civilians will be at greater risk of violations of their rights.

Do these calls resonate?

Zaki Lababidi, president of the Syrian American Council, told Enab Baladi that there is no consideration of easing sanctions against Bashar al-Assad’s regime and its enablers. The rumors circulating about the response of the U.S. government are not true.

Lababidi added that the U.S. Secretary of State, Antony Blinken, believes democracy can be achieved in Syria. This was evident on more than one occasion.

Labadidi highlighted that Blinken said earlier, “ [serious mistakes occurred in US policy in Syria in the past ], and he was against canceling the military attack on the al-Assad regime in 2014.”

Lababidi believes that the letter sent to the US government, which aims to reduce the sanctions, will have no positive or negative impacts, just like other failed attempts by the supporters of the Syrian regime. This is especially likely because the Caesar Act, the tough new US sanctions law, does not restrict humanitarian support, allowing the entry of medicines, food, and relief aid to the Syrian people.

Lababidi emphasized that the sanctions are imposed on Syrian regime officials and those who help Bashar al-Assad in his war against the Syrian people, such as the Syrian and Lebanese banks, and other Syrian regime-affiliated entities and personalities.

Washington-based Syrian political activist Muhammad Ghanem believes that the Syrian regime sensed an opportunity that the U.S. might remove its sanctions after Biden won the presidential elections. In addition, there were signs that the US government would enter into a new peace contract with Iran.

Because al-Assad considers himself as one of Iran’s subordinates, he arranged for the launch of the campaign on the first day Biden entered the White House(on January 20). This was apparent in messages submitted to the U.S. government and other European countries, Ghanem said.

Ghanem considered that messages to reduce sanctions and attract support are a resumption of the campaign conducted by the Syrian regime after it regained control of Aleppo. The previous campaign was an attempt to obtain funds for Syria’s reconstruction and bring Syria back into the Arab League. The Syrian regime tries to ignore all the crimes it committed against the Syrian people as if none of them occurred.

On 25 January, the US Treasury Department exempted particular transactions involving Yemen’s Houthi group from sanctions, resulting from the former US Secretary of State Mike Pompeo’s designation of the group as “foreign terrorist organization.” The exemption will expire on 26 February.

The sanctions temporary exemption decision took place after aid agencies and the U.N. warned that the U.S. sanctions could have a devastating impact on Yemen, which is facing the risk of famine, as is the case in Syria.

This step contradicts a report by the UN observers, which accused the Yemeni government of money laundering and corruption, that negatively affected access to adequate food supplies to Yemen.

The report, issued on 26 January, stated that the “Houthi” group collected at least 1.8 billion USD in state revenues in 2019, to finance its war efforts, as reported by Reuters.