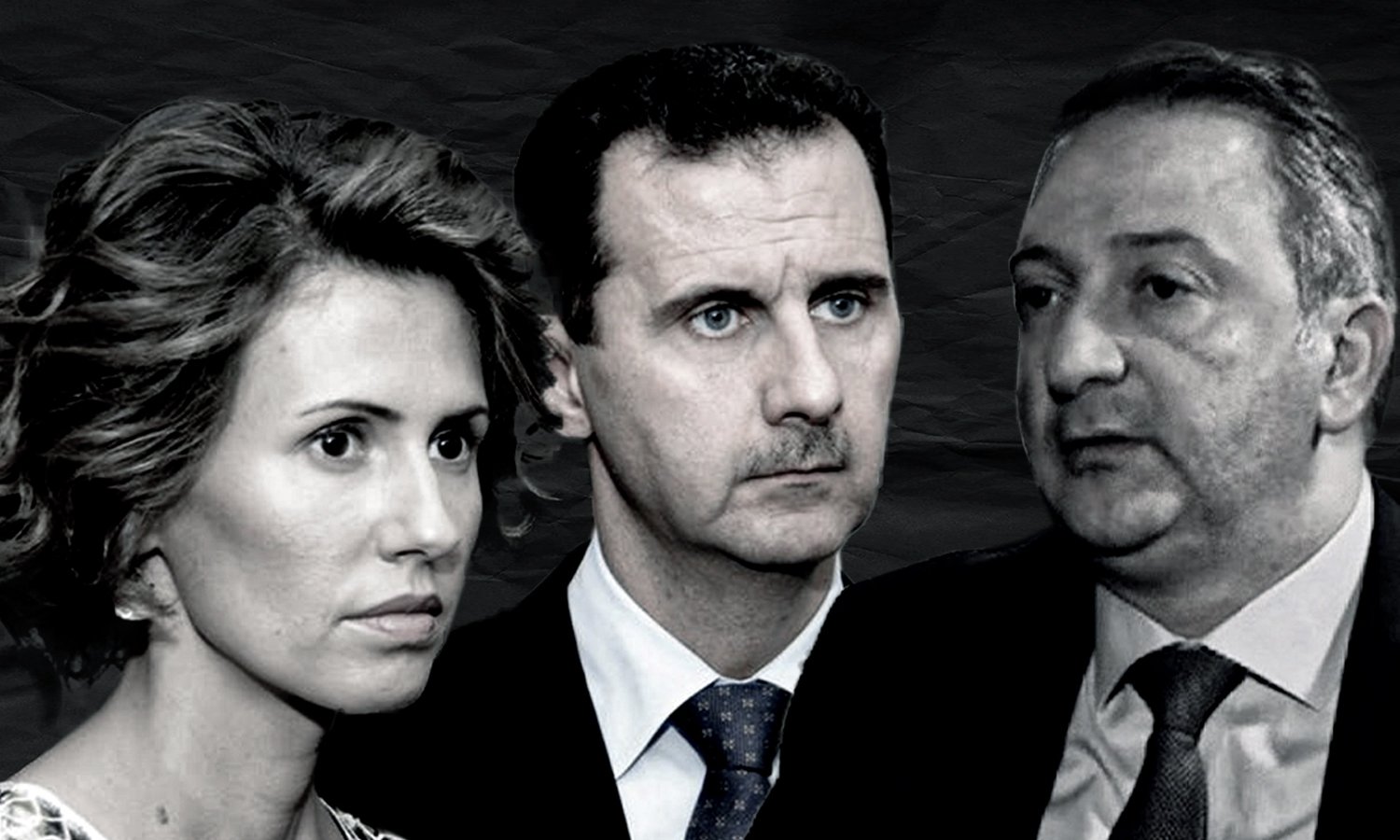 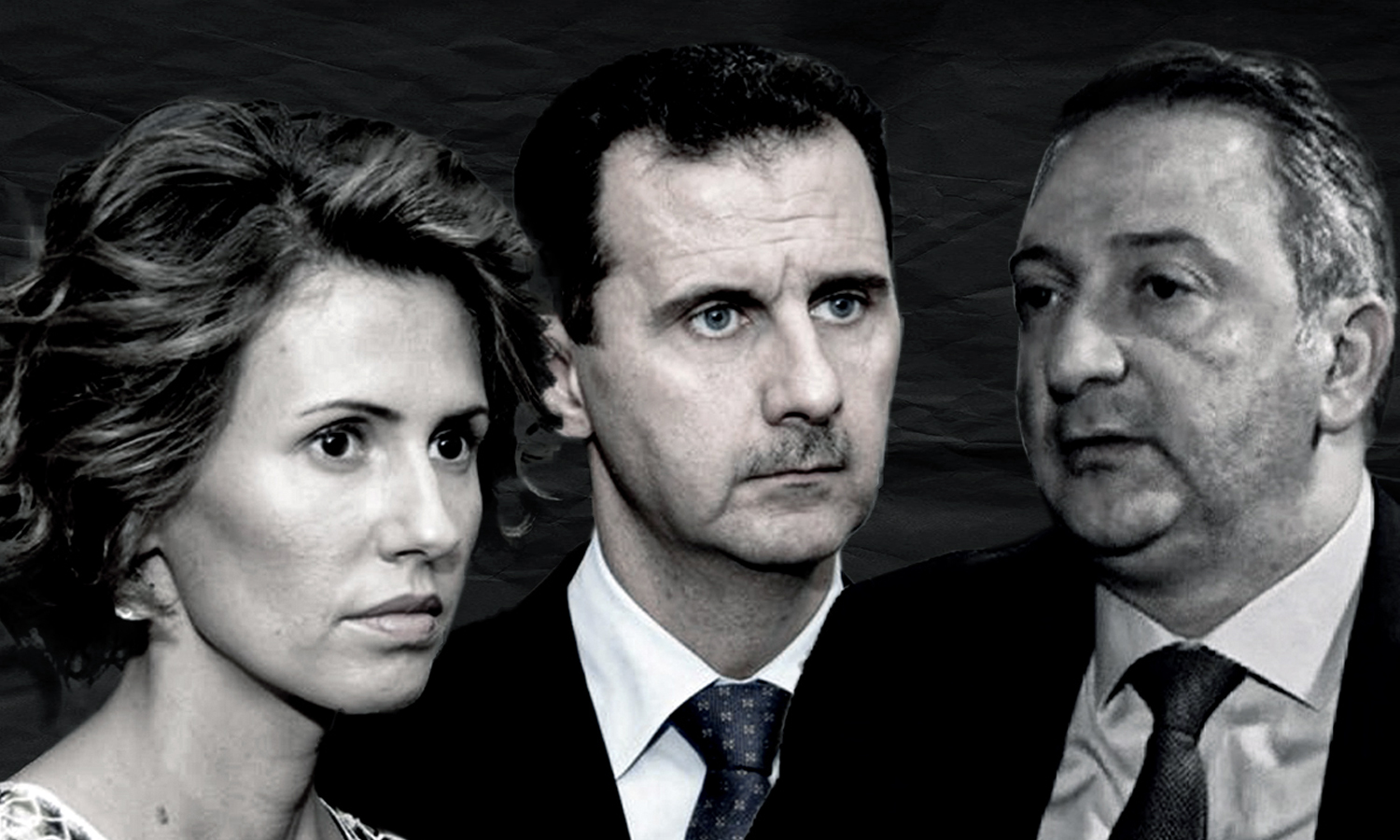 The United States (US) and the European Union (EU) have imposed several sanctions on the Central Bank of Syria (CBS) since 2011. In addition to the CBS, the sanctions included the head of the Syrian regime, Bashar al-Assad, his wife Asma al-Assad, and prominent figures from their inner circle. The sanctions were also placed on some institutions, businessmen, and military and security officers.

Since the Caesar Syria Civilian Protection Act, also known as the Caesar Act, came into force last June, the regime has undergone six rounds of sanctions, the latest of which was on 22 December.

US Special Envoy for Syria Joel Rayburn said in a press conference attended by Enab Baladi on 3 December that the US will continue with its sanctions program and that additional sanctions are planned to be issued in the coming weeks. He also indicated that there is a strong team in Washington DC. planning to increase the sanctions.

Rayburn added, “We are constantly working on developing our sanctions, and we will not provide any assistance to the Syrian government with its reconstruction plans,” denying preventing access of humanitarian aid to Syria and stressing that the US administration has clear exceptions.

Successive rounds of sanctions imposed against the CBS are aimed to limit its financial operations, as each new round includes additional provisions that deprive the CBS of new activity or operations.

Economic researcher Manaf Quman pointed out to Enab Baladi that the imposition of sanctions on the CBS aims at narrowing the entries and exits of the regime’s finance and needs in a more significant way. He added, this will lead the regime to rely more on informal networks to evade sanctions.

The CBS underwent previous sanctions such as depriving it of currency printing, stopping credit and financial transactions, and freezing assets. According to Quman, this contributed to shutting the CBS of the international financing window and the global financial system and forced it to seek solutions and other ways to evade sanctions. Besides, Russia, Iran, and China have helped the CBS to overcome the sanctions.

According to Quman, current and past sanctions have crippled the CBS, which plays a key role in financing imports of goods and services in Syria. Even though the sanctions excluded the CBS’s financing of commercial transactions and humanitarian assistance and relief, they did not exempt the CBS from being under surveillance in all of its financial operations to ensure that it does not breach the sanctions.

This tightening will restrict the CBS’s activity and execution of transactions. It will also cause traders, companies, and countries to hesitate in making deals with the CBS due to the legal complexity of the matter and out of fear of the sanctions, according to Quman.

He added this might be why the Syrian government abandoned its policies of subsidizing some basic materials, and placed the burden on traders and markets, to import the materials in the black market’s US dollar pricing.

The Syrian pound’s exchange-rate appreciation against the US dollar is also attributed to the sanctions, after the CBS could no longer finance import operations, according to Quman.

Rayburn confirmed in a phone briefing, which Enab Baladi viewed on 23 December that despite the banning of the CBS and its activities by the US Treasury Department, the Treasury “took a very important step in formally adding the CBS to its Specially Designated Nationals And Blocked Persons List (SDN) of the Office of Foreign Assets Control (OFAC).

As per the sanctions, dealings with the CBS will be explicitly prohibited, except for certain humanitarian groups. The US Treasury Department and OFAC will give some guidance on what is allowed and what is not in this regard.

Transformation into a war economy

According to Quman, the sanctions are a continuation of an international campaign of restrictive measures against the regime to push it toward a political solution. He said, since the revolution started in 2011, the Syrian economy has gained a new identity and was transformed into a war economy that depends on unofficial networks and warlords.

Quman added, people under sanctions knew that they would be included in the sanctions list sooner or later; that is why they always resort to networks of money laundering and smuggling to evade the sanctions. As the sanctions tighten, these networks will try to deepen their relationship with the regime, which will need them more than ever now.

The recent round of sanctions included several direct members of Asma al-Assad’s family, the wife of the Syrian regime’s president. Among those listed are Fawaz al-Akhras, Sahar Otri al-Akhras, Firas, and Iyad al-Akhras, as well as Lina Mohammed Nazir al-Kinayeh, the Director of the Follow-Up Office in the Syrian Presidency that is working on the files and decisions of the Presidential Palace’s Anti-Corruption Committee. OFAC also sanctioned Mohammed Hammam Mohammed Adnan Masouti, al-Kinayeh’s husband, and a parliament member in the Syrian People’s Council.

The sanctions were also imposed on Major General Kifah Moulhem, a leader of Syria’s Military Intelligence Division, for his role in “exacerbating the Syrian people’s suffering” and preventing a cease-fire in Syria.

Rayburn commented in his press briefing on the sanctioned figures, such as Asma al-Assad and her immediate family for their attempt to control more assets and resources as being the heart of the al-Assad regime’s mafia.” He said these figures have become politically active and central in assisting the regime to mobilize resources for the continuation of his war against the Syrian people.

The imposition of sanctions on Lina al-Kinayeh and her husband Mohammed Masoutiis was because “they were essentially a financial agent and a financial front for Bashar al-Assad and his wife,” according to Rayburn.

Rayburn said, “the regime enabled al-Kinayeh and her husband to control assets that were seized from other Syrian businessmen.” He added, “their assets gradually grew in value to become a business empire,” describing them as a “regime mafia power couple.”

Reborn pointed out that the money and companies that the couple owned were not really theirs, “they are managing those interests on behalf of Bashar and Asma al-Assad.” He continued saying, “this is how Bashar al-Assad retains so much of his money, through other people’s agency, and then enabling them politically to collect those assets.”

Rayburn also said that Lina al-Kinayeh is the closest advisor in the Presidential Palace to both Asma and Bashar al-Assad, adding that “imposing sanctions on the couple is a way to strike at the assets of Bashar and Asma al-Assad.”

The companies owned by al-Kinayeh and her husband work mainly in import and export operations, especially in the Gulf states. The imposition of sanctions cuts the road “that the al-Assad regime’s mafia used to try to maintain commercial interests in the Gulf,” Rayburn said.

Rayburn called on business communities in the Gulf area to take extreme caution and due diligence and to not engage in this type of business with the regime.”

The US embassy in Damascus stated on 26 December via its Twitter account that since the signing of the Caesar Act, the US has imposed sanctions on more than 90 supporters of al-Assad for “perpetuating a brutal and needless war,” increasing the number of figures and entities after the last six round of sanctions to 108.