What pressed Syrian regime into scaling down combat readiness? 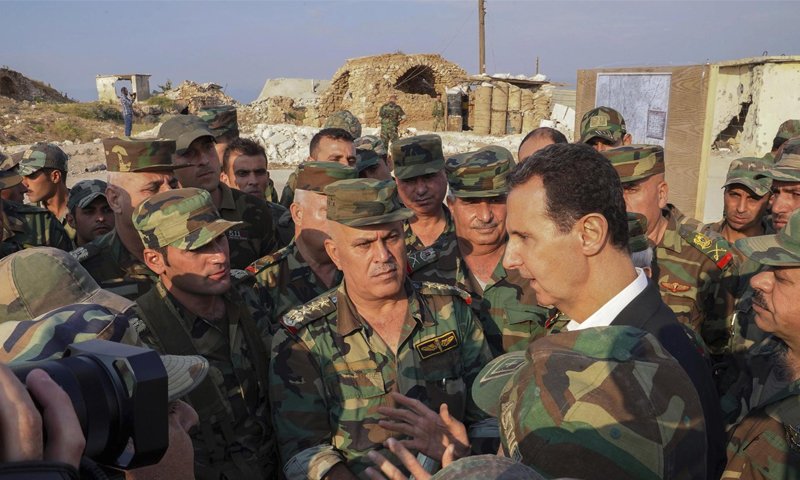 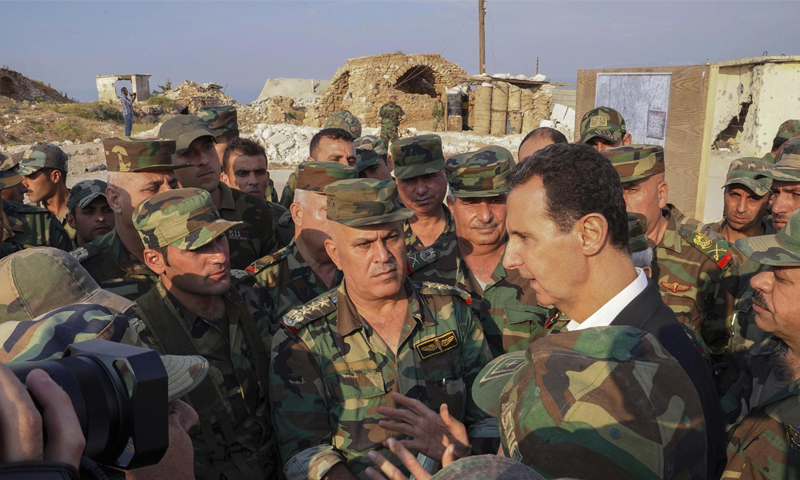 The circular by which Bashar al-Assad, head of the Syrian regime and commander-in-chief of the Syrian Armed Forces, has ordered rolling back army readiness to pre-2012 levels, poses several questions regarding the decision’s timing and the political and economic factors that urged it?

Under the circular, dispatched to relevant army entities on 10 January, combat readiness was scaled down in all departments of the Syrian military; reduced from 66 to 33 percent in administrative departments, and from 80 to 50 percent in their affiliated military units.

This could not be a military trick, military analyst colonel Ziad Haj Obeid told Enab Baladi. “The Syrian regime’s cards are all on the table. The regime is having a difficult time, particularly in relation to economy.”

“There is also the international actors, which would not allow for any other military offensives or new battles without an agreement with Russia first, and Hezbollah second,” he added.

On timing, as to whether the regime has synced lowering military readiness to attacks by the Islamic State (IS) on its forces in the desert areas, Obeid said, “military action against IS is guided by Iran, with international blessings. The regime is unable to control the situation in the Syrian desert.”

“The regime has discharged five percent of its reserve and national defense forces. These refused to fight in the desert. Discharges were carried out in Deir ez-Zor, Raqqa and Aleppo only,” Obeid added.

Such losses of human resources would not affect the regime’s military strategy, as it compensates for the released troops with the recruitment drives it launches every six months.

The decision to lower military readiness has several aims, Director of Jusoor for Studies, Muhammad Sarmini, told Enab Baladi. Most importantly, these curtails seek to mitigate resentment building up within the ranks of the regime’s popular incubator, which has been protesting long enlistment time for both reserve and mandatory service recruits.

With these changes the Syrian regime also aims to convey a message to Syrians and to the world before the elections that the regime is in control of the country, the opposition failed to shake its powers, and the war is soon to end.

In relation to finance, the regime is attempting to address the monetary burdens hampering the military institution’s activities by reducing the number of conscripts and officers that are on duty and cutting the costs of food and transportation army departments pay them.

In a Message to Syrians broadcast, Abdel Nour said that Bashar al-Assad has opted for lowering military readiness due to tightening finances. By reducing the number of active recruits and army staffers, the regime seeks to rein in the money it is investing in the army, such as salaries, food allocations, and costs of munition that is used in training.

The regime is paying an estimated 40 to 45 million dollars per month in salaries to active and retired military staffers, which is an amount that the regime no longer has, he added.