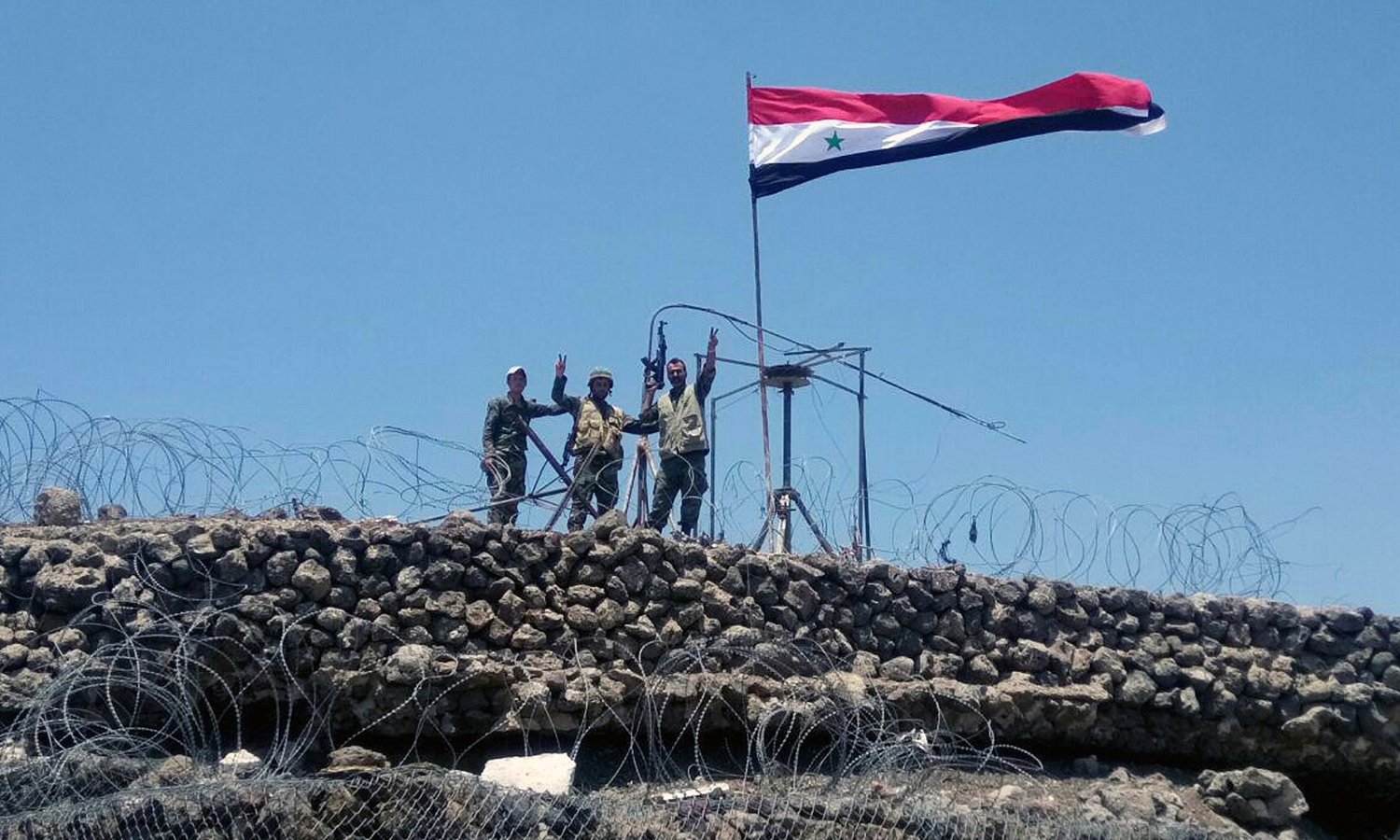 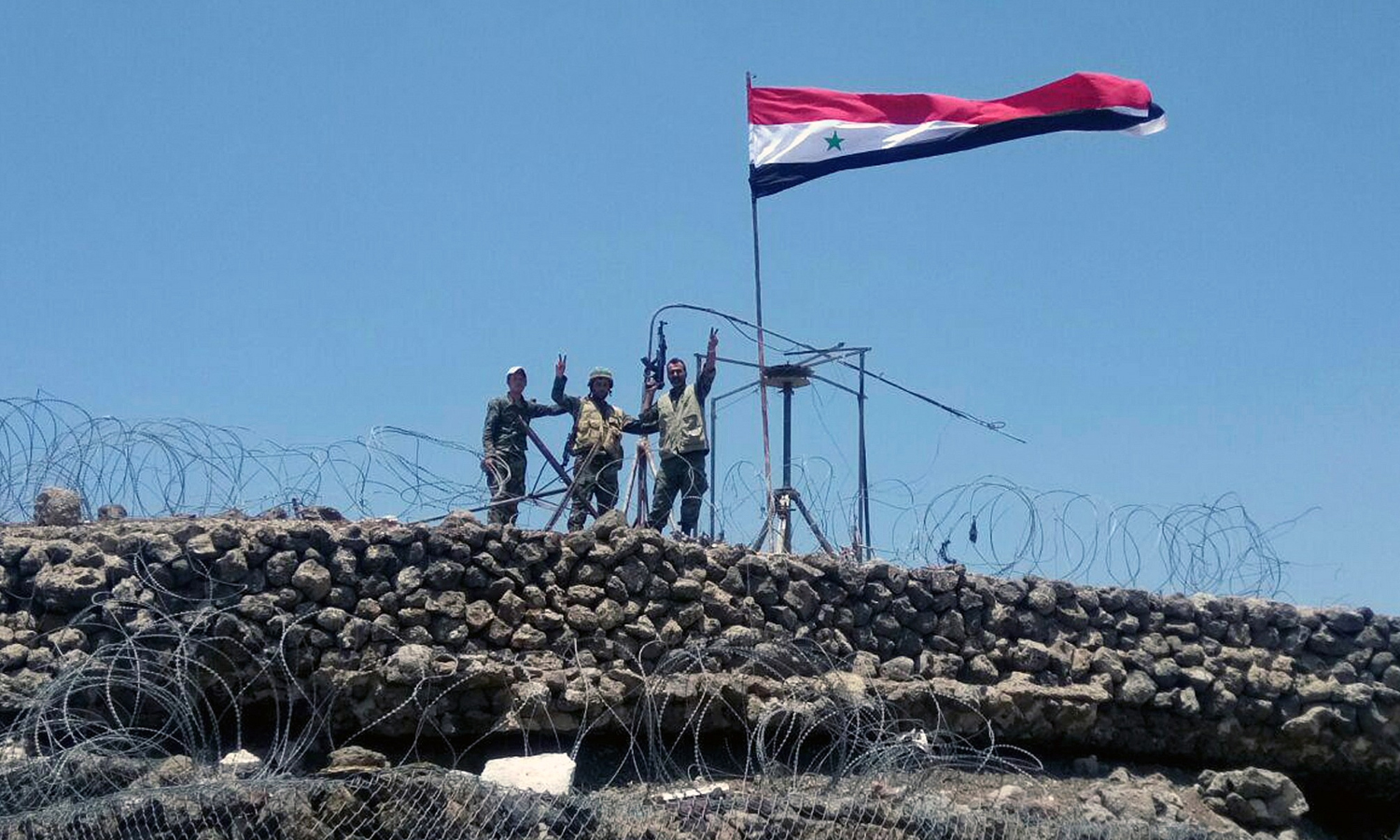 The 4th Division forces, led by Maher al-Assad, the brother of the Syrian regime president Bashar al-Assad, threatened to break into the western region’s villages in Daraa province, south of Syria, over the killing of a lieutenant colonel and five elements in al-Sahim town on 31 December 2020.

Enab Baladi monitored the drawing of elements and machinery by the 4th Division, stationed in the Daraa suburb. This build-up coincided with extensive meetings by the division’s leadership in the city of Daraa with the dignitaries of each village in the western region, a member of the central committee confirmed to Enab Baladi.

The town of Sahim al-Golan in the Yarmouk Basin witnessed four assassinations of Syrian regime officers in the second half of 2020, including the head of the town’s military security detachment, the head of the western region’s security studies department, and the head of the Jleen Research Center’s detachment of the 4th Division. The operations were attributed to unknown perpetrators.

The 4th Division’s first meeting was held with dignitaries from al-Sahim town, followed by another meeting with prominent figures from the towns of al-Yadudah, Muzayrib, and Tell Shihab, said the central committee member who asked to remain anonymous for security reasons. The meetings with the western Daraa countryside residents were focused on the assassinations, as the 4th Division threatened to break into villages if they continued. The division asked the dignitaries to cooperate and not hide information about the sleeper cells of the so-called Islamic State (IS) and the Guardians of Religion Organization (GRO).

Militant groups: a pretext for breaking into regions

The Russian guarantor, who oversaw the settlement agreement in Daraa and Quneitra provinces in mid-2018, informed the central committee in Daraa that he had asked the Syrian regime’s government to take heavy-handed tactics against the IS and the GRO in the region, the central committee’s member said to Enab Baladi.

IS claimed responsibility for some of the assassinations in Darra. In 2017, when the area was under IS’ control and a battlefront for the fighting with opposition forces, before the regime’s forces managed to re-control it in August 2018, IS’ cells were accused of carrying out the assassinations.

The GRO, a splinter group of the Hayat Tahrir al-Sham (HTS) in northwestern Syria, which is also linked to al-Qaeda, has taken no military action in southern Syria so far.

Researcher Ghassan al-Mufleh attributed why the regime is re-opening the IS and GRO files and talking about their expansion in Daraa governorate to a hidden disagreement between Russians on the one hand and the regime and Iran on the other.

Al-Mufleh told Enab Baladi that the GRO in Daraa is remnants of the al-Nusra Front, which was in Daraa during the opposition factions’ control. The GRO is a small group of no influence on southern Syria’s current scene, he added.

Iran and the regime have been seeking to thwart Daraa’s political settlement agreement since the Russians signed it with the opposition in July 2018, according to al-Mufleh. He added, the Russians are trying to hide the disagreement by resorting to threatening rhetoric against the central committee to place it against the IS while maintaining the old settlement agreement.

The settlement agreement included handing over heavy and medium weapons from military factions to the regime, settling the conditions of armed and wanted figures from Daraa governorate, and allocating a grace period for compulsory military service drafters. The agreement also involved stopping arrests and releasing detainees with unfulfilled service pledges.

On the other hand, journalist Yasser al-Rahil told Enab Baladi that the regime was not satisfied with the settlement since its adoption in July 2018; hence it is attempting to impose a new settlement agreement as in al-Sanamayn city in March 2020. The new reconciliation agreement would be held under more stringent terms to restore the region’s actual control to the regime’s forces.

Al-Rahil added, the Russians, followed by the regime and Iran, did not abide by the settlement agreement and violated all its terms. In his opinion, the recent security chaos that included targeting regime officers and elements is done by Iran to use the pretext of fighting the IS to dominate the western region.

The Syrian regime represented by the al-Gaith forces of the 4th Division has brought in new reinforcements several times and mobilized them in the suburb of Daraa to pressure the central committee.

After the regime controlled the southern region, the central committee was formed to negotiate with the regime and the Russian side over the terms of the settlement and to impose a military reality depicting the regime as the power controlling the region even if it was not the case.

In November 2020, the 4th Division forces surrounded and threatened to break into the al-Karak al-Sharqi town; nevertheless, the intervention of the 8th Brigade of the Russian-backed Fifth Corps thwarted their endeavors. This indicated that the Russian side was unwilling to make a serious change in the current map of control.

In mid-May 2020, the 4th Division brought in reinforcements that surrounded Tafas city in Daraa’s western countryside and threatened to break into it. Driven by their fear of the regime’s breaking into the city, the residents staged a demonstration condemning the regime’s escalation policies until the central committee reached an agreement with the division’s leadership that reinforced the checkpoints across the region.

In August 2020, the 4th Division entered the town of Tell Shihab, claiming to search for wanted people, and increased its security checkpoints in the western region.

The 4th Division’s checkpoints are concentrated in the western Daraa countryside. They include members involved in the settlements from the province’s residents, whom the regime accused of lack of commitment and military readiness, according to the central committee’s member.

The central committee in Daraa adopts a negotiating tactic with the regime and avoids direct clashes. According to al-Mufleh, the opposition follows peaceful and negotiating methods and links its ability to withstand and eliminate the specter of the Iranian incursion into the Russian position that the committee considered in favor of the settlement and against creating a new reality.

Al-Mufleh excluded any international intervention that would curb the regime if it decided to break into the western region unless Jordan insisted on keeping Iran away from its borders at 30 kilometers distance. Al-Mufleh based his opinion on the visit of the United States (US) Special Envoy to Syria, Joel Rayburn, to Jordan, and the United Arab Emirates (UAE), which ended on 7 January.

Meanwhile, Daraa’s residents fear the regime’s possible breaking into areas they rehabilitated at their expense, without any support from the Syrian government or international organizations. Enab Baladi monitored the views of some people who all said that the regime’s elements’ goal is to loot the resident’s properties, impose their control on the area, and arrest opponents.