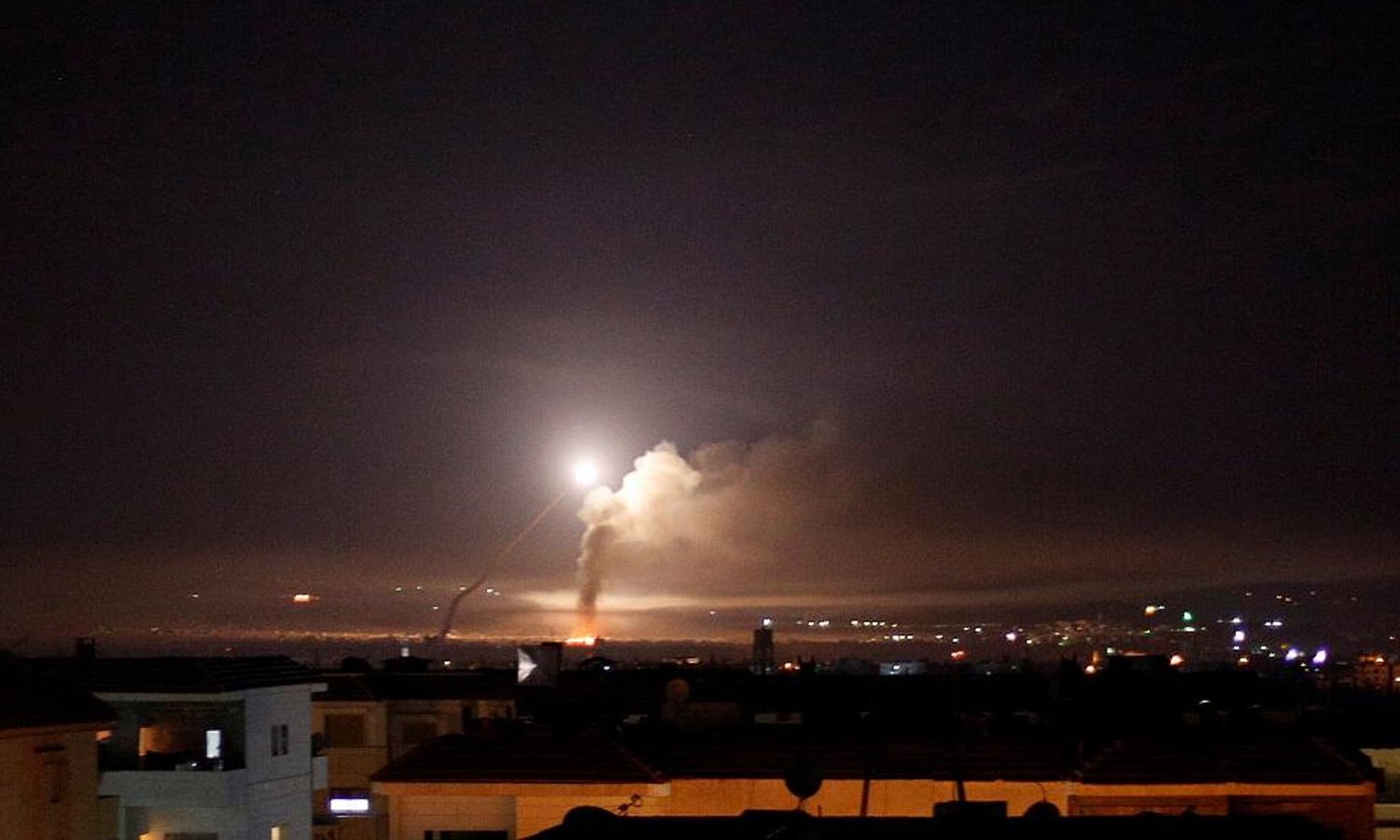 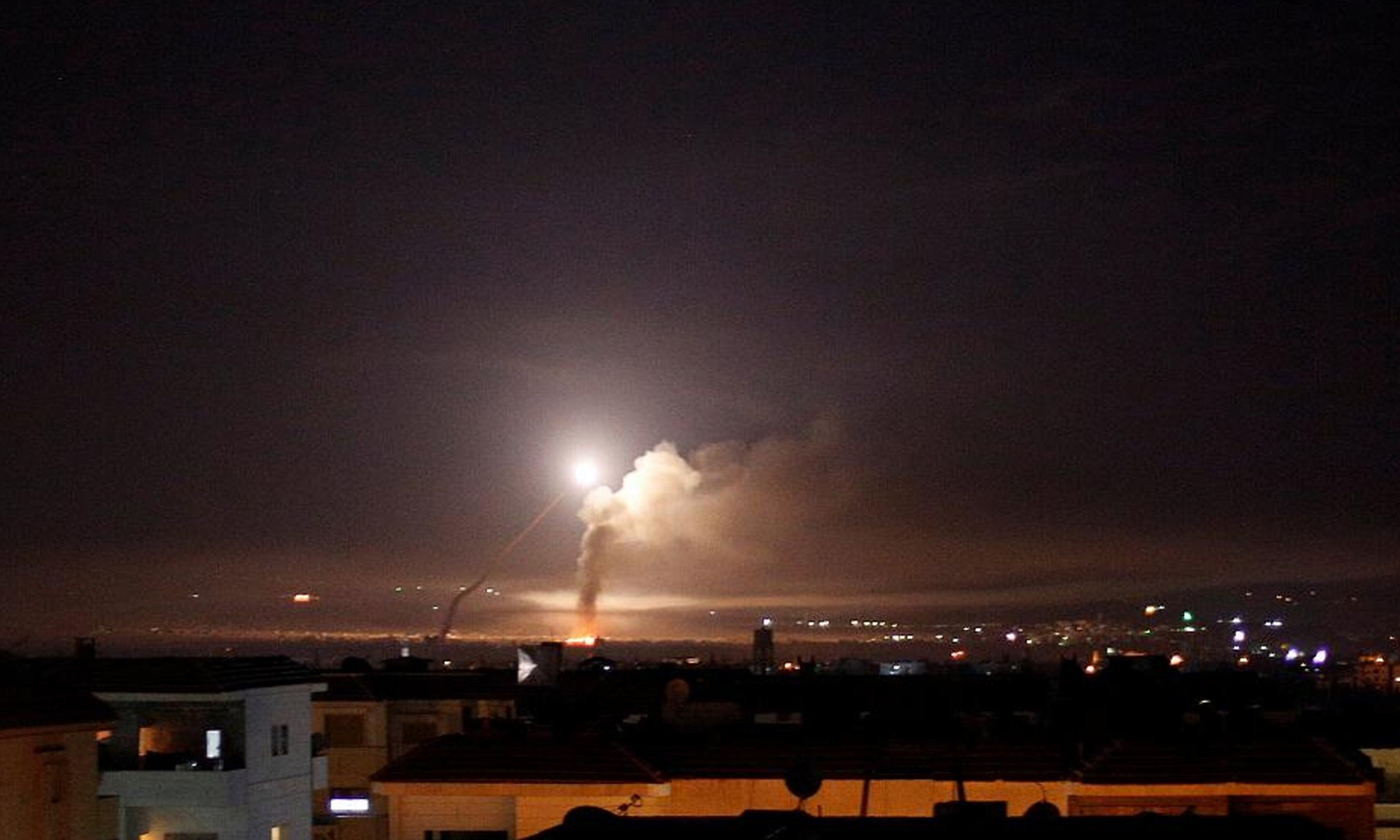 After every targeting by Israel, the Syrian regime announces its interception through firing anti-aircraft missiles. However, satellite images show destruction in some of the regime’s military and scientific research facilities after targeting them.

Israel does not usually confirm its strikes on Syria, but the Israel Defense Forces’ (IDF) annual report mentioned the execution of 50 air strikes in 2020, without specifying the targeted places.

Israel conducts a reconnaissance of Syrian territory all the time.  Meanwhile, leaders and experts from the IRGC, especially the Quds Force and other militias affiliated to Iran, do a reconnaissance of the southern region of Syria, select training sites, and establish camps for these militias, whether foreign such as the Zeinabiyoun Brigade and the Fatemiyoun Division or local militias, the head of the Rasd Center for Strategic Studies, Brigadier General Dr. Abdullah al-Asaad, said to Enab Baladi.

Iran uses military posts and sites the regime previously left for they are fortified and equipped, such as the two radar stations of Najran in Daraa and Tell Kharouf, west of the recently targeted As-Suwayda province, according to al-Asaad.

The Jusoor for Studies Center has documented 247 military sites for Iran and Hezbollah in all Syrian territories.

Israel bombs new Iranian bases, sites, and weapons depots in Syria to force their transportation to Hezbollah. Even areas still being equipped by Iranian experts and engineers are bombed and destroyed by Israel, such as the recent targeting.

In its recent air raid, on 6 January, Israel targeted the al-Kisweh city in Rif Dimashq, Hezbollah sites in south of Syria, and the Radar Battalion in the western countryside of As-Suwayda. This air raid was the third of its kind in ten days and the first in the current year.

By bombing Syrian sites, Israel plans on draining Iranian forces, on the one hand, and on the other hand, making the regime feel that it cannot count on Iranians as an ally because Israel “will not leave it a wide margin to move,” al-Asaad said.

Each time, Israel bombs new sites other than the ones it bombed before, due to the militias’ frequent relocation. Al-Asaad said, “Israel bombs these militias so that they do not have a chance to hold on to the sites they were equipping.”

In its annual report for 2020, the IDF announced that it had carried out 50 air raids on Syrian targets over the past year; nevertheless, it did not specify the sites that had been targeted.

The IDF spokesman Heday Zilberman said that Israel attacked several sites in Syria and fired more than 500 bombs and smart missiles during 2020.

In December 2020, a Syrian regime soldier was killed after the air defenses of the regime forces were targeted at the Nabi Habeel Mausoleum in the northwestern part of Rif Dimashq governorate by Israeli aircraft. Masyaf city in Hama countryside was also bombed by Israeli missiles fired from north of Lebanon.

The Image Satellite International website released images showing the effects of the bombing, saying that the attack destroyed four buildings used to mix and cast engine components and warheads for medium-range surface-to-surface missiles (between 300 and 500 kilometers), including two buildings dedicated to the production of warheads.

Where are the Russians and their weapons?

In November 2017, Jordan, Russia, and the United States signed a de-escalation agreement covering three provinces: As-Suwayda, Daraa, Quneitra, and the occupied Golan Heights. The agreement included the absence of foreign troops in the area, within 30 kilometers from the Jordanian and Israeli borders, which Israel seeks to accomplish to distance Iran from its northern border without Russian intervention to prevent it.

The regime’s air defenses did not only prove their failure in intercepting Israeli attacks, but they also stood helpless before Turkish unmanned aerial vehicles (drones) after the Turkish army fought beside the opposition forces in the battles of northwest Syria in February and March 2020.

In an interview with the Elaph news website, published on 26 December 2020, Zilberman said that the Syrian anti-aircraft weapons do not deter any targeting. Syria launches the biggest number of anti-aircraft missiles in the world today, and the Israeli smart missiles always hit their targets. Israel sees no hindrance in targeting what it wants in Syria.”

In return, Israel did not receive any response or counter-attack, which confirms that it targets Iran, its arms in Syria, and the Syrian host regime in a smart way, without leaving these sides any possibility or ability to respond, according to Zilberman. He also pointed out that Israel will not stop striking Iran’s militias in Syria and preventing them from taking positions and passing advanced technologies to Hezbollah in Lebanon.

The regime’s response was limited to a statement by its Ministry of Foreign Affairs on 8 January, which sent a letter to the United Nations (UN) saying that “Israel continues to practice state terrorism, which has recently increased.” Israel shamelessly announced in its security statements for the past year that Its army carried out 50 air strikes on strategic targets in Syria.”

In November 2019, the IDF preceded its attacks on Syria by destroying six surface-to-air defense batteries for the regime, except for the S-300 missile defense system, for it was deployed close to the Russian forces. The IDF carried out its attack by combat helicopters to allow Israeli aircraft to move freely in Syria.

In September 2018, Russia announced the delivery of its advanced S-300 missile system to the Syrian regime, following the crash of a Russian Ilyushin Il-20 aircraft in Syria and the accidental killing of 15 Russian soldiers by the Syrian air defenses, which were intercepting Israeli aircraft.

Syria endeavored to acquire the S-300 missile system but failed because of Israeli pressure on Russia. The system was intended to protect Russian interests and bases in Syria.

The regime owns S-200 launch platforms in important sites in the 16th Regiment, east of al-Otaybah village in Rif Dimashq and the 150th Regiment, north of the Khalkhaleh Military Airport in As-Suwayda countryside, besides other sites between Damascus, Daraa, and Quneitra.

The S-200 is a Russian-made missile system, considered an old air defense system, which Syria received the first batch of in1982.

The Syrian regime has several Russian anti-aircraft missile systems, most of which are old Volga type and two more advanced Buk and Pantsir missile systems.

The regime also has a BUK-M2 air defense system, a surface-to-air missile system that can detect targets,160 kilometers away. Its most capable missiles can hit targets as far as 50 kilometers from the launch center.