“Mobilization” of cars: A danger haunting vehicle owners in Homs 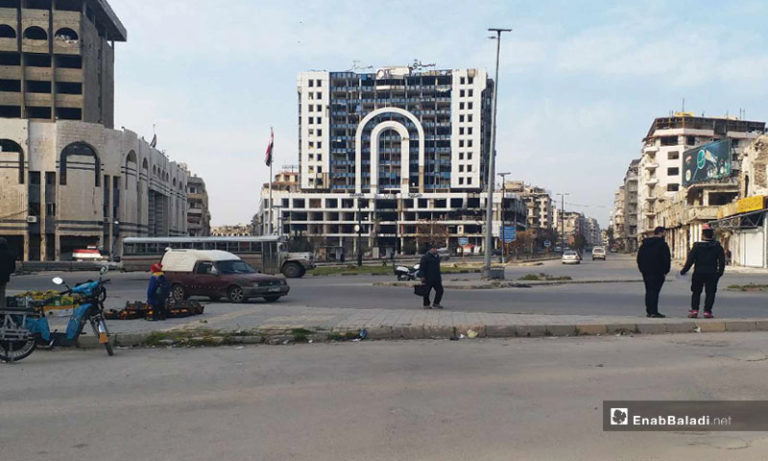 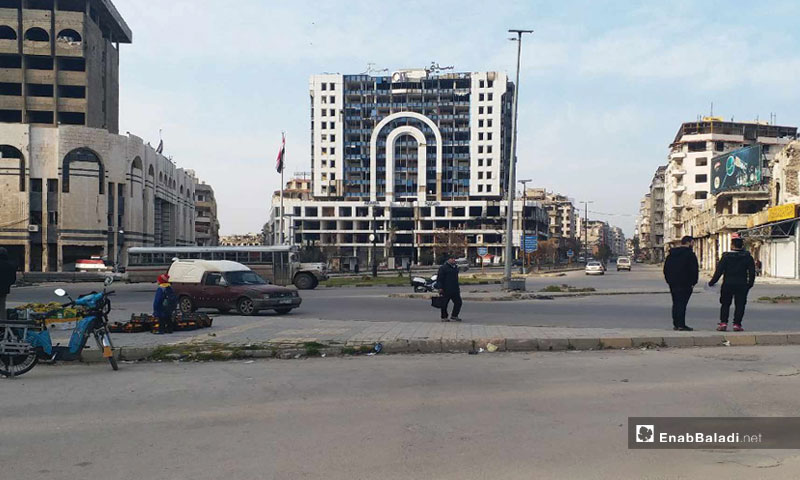 Homs countryside – Orwah al-Mundhir | As one of the ways of preparation for war, the President of the Syrian regime issued, in August 2011, that is at an early stage of the revolution, Legislative Decree No. 104, which stipulates that “all of the country’s human and material resources shall be put at the service of the war effort in accordance with the requirements of the country’s interest.”

According to the decree, the regime’s checkpoints deployed in its areas of control between 2011 and 2017 have confiscated some cargo transport vehicles, under the pretext of mobilization for military parts in the regime’s army or security branches, which made work on any vehicle a matter of concern and fear of confiscation or loss at any moment.

In the period of the de-escalation agreements and the regime’s control over Ghouta, Damascus, Daraa, and Homs countryside, the equation changed, as the confiscation of vehicles was systematically imposed on the owners of microbuses and medium and large transport vehicles.

Loss in the hope of retrieval

Ar-Rastan city in the northern countryside of Homs had the largest fleet of large transport vehicles (shipping) before the start of the revolution, after which people of the city lost a large number of their vehicles, either by burning during the regime forces’ raids of the city in 2012, or by destruction due to the aerial bombings by warplanes on the city.

Abu Kamel, from the city of ar-Rastan, is a car wash owner and he was running a cargo shipping office at Tartous Port. He owned eight Scania trucks at the time.

The security forces raided his office at the end of 2012, confiscated the vehicles he owned, took them over for mobilization to serve the regime forces, and arrested him.

Abu Kamel, who asked not to be named for security reasons, told Enab Baladi that after a year and a half of his arrest and release from the prison, he was unable to recuperate any of his vehicles, but he saw members of the regime forces in the “11th Division” using them to transport ammunition.

He added: “Although high-rank officers in the regime forces intervened to help me, I did not get a result.” The vehicles became at the disposal of the military forces until the end of the missions they were carrying out, and he hoped to retrieve them through a “real resolution of what the country is experiencing.”

The role of mobilization

After the imposition of mobilization, a large number of Syrians parked their transport vehicles in warehouses or farms in the northern countryside of Homs. After the regime forces took control of the area under the “reconciliation” agreement, some of the car owners started repairing them and returning them to work. However, the ghost of mobilization is still haunting them, prompting a number of car owners in the northern countryside of Homs to form a committee and go to the branch of Ba’ath Party in Homs, to coordinate with it regarding the mobilization.

Abu Samir, one of the members of the delegation, who asked his real name no to be published for security reasons, recounted to Enab Baladi’s correspondent the course of the meeting with the Secretary of Ba’ath Party branch in Homs, saying that the meeting was concluded by the imposition of consecutive mobilization on the vehicles of the region, where the vehicle is mobilized with its driver until the end of its mission. After the mission is completed, the following vehicle is mobilized, and therefore owners of vehicles that have not gone out of mobilization are given a space of freedom to work.

Minibuses are also affected by mobilization

The mobilization was not limited to shipping vehicles only, as the minibus drivers returned to work after the “Reconciliation” agreement, the regime forces started to randomly use them in the mobilization missions, which created a real problem in the transportation of passengers from the center of Homs Governorate to the countryside.

Correspondingly, some minibus drivers in Homs countryside started coordinating with the security branches in the process of organizing the mobilization role imposed on all minibus transport lines.

Abdel Razzaq, one of the drivers working in the Homs-Talbiseh line, told Enab Baladi that during the random confiscation of the minibusses to be used in serving the regime forces, 13 of the 16 minibusses were confiscated, which created a real problem in the transportation of passengers.

Although the agreement is almost completely implemented, the security branches refused to bear any damage that minibus might be exposed to during the mobilization process. In addition, they refused to let the minibus owner drive it. The minibus is rather handed over to the security branch and its owner returns to take it after three days.

According to Abu Khalil, who works in the Homs- ar-Rastan line, the imposition of mobilization on the minibusses prompted a large number of owners to sell them, reducing their number from 56 to 22 minibusses. He indicated that the minibus will be damaged and stolen during the mobilization and security branches will not bear the responsibility of any damage.