Life Goes Back to the Revolution Coordination Groups in Northern Syria 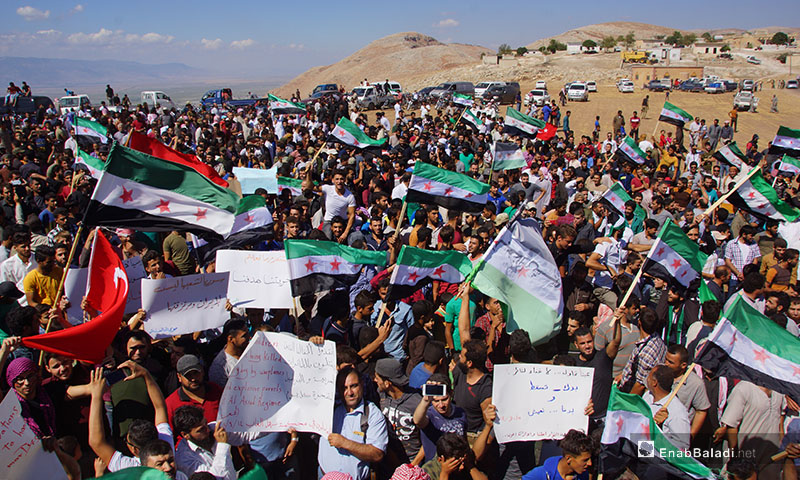 Demonstrations calling for the goals of the revolution, rural Hama – September 14, 2018 (Enab Baladi) 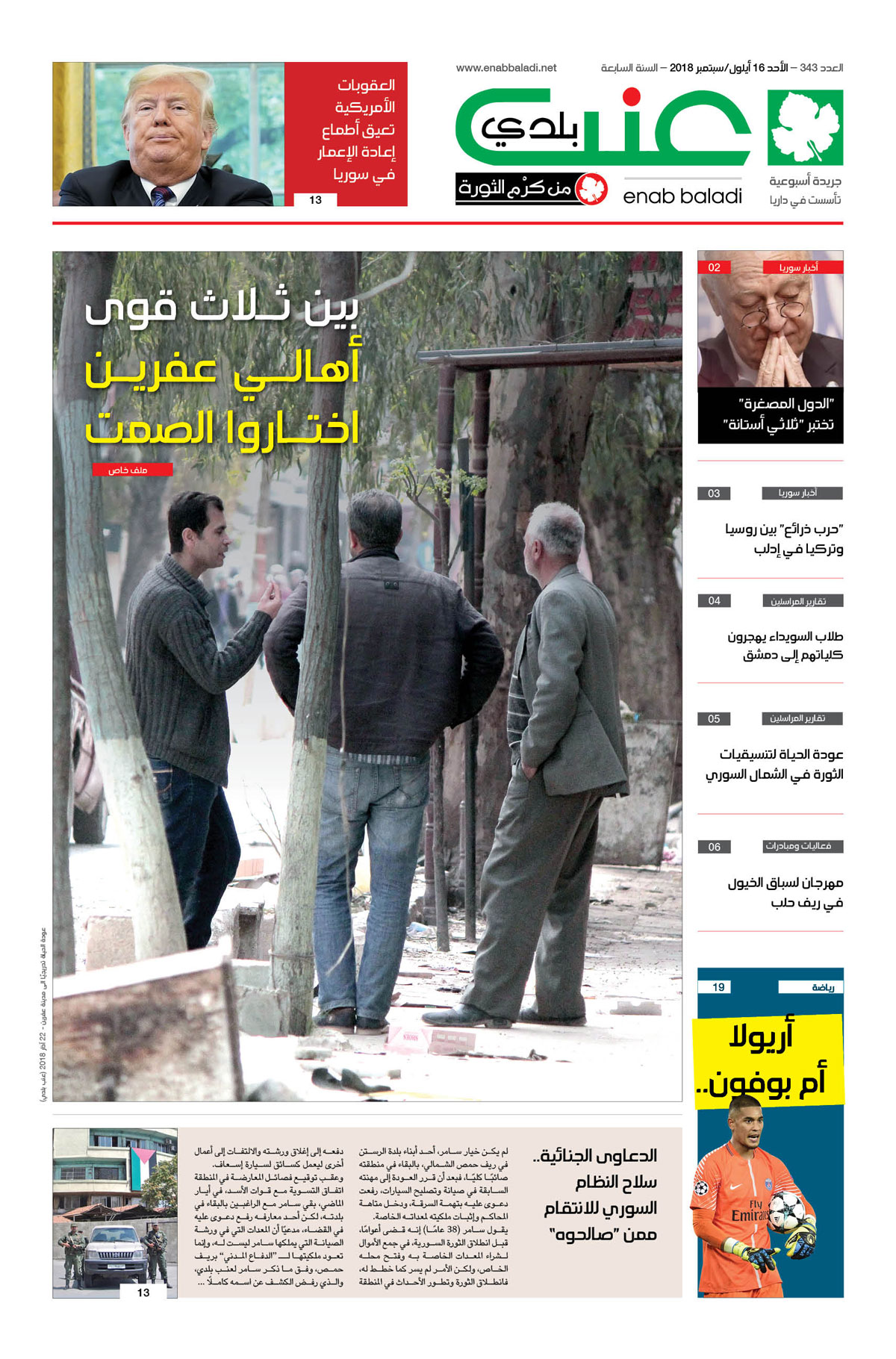 When talks addressed the anticipated attack on Idlib, the areas held by the Syrian opposition in Northern Syria have witnessed popular demonstrations stressing the principles of the Syrian revolution and disapproving any military attack on the part of Russia and the Assad’s forces, which brought back the “Syrian revolution Coordination Groups” into action, including coordination groups and activists of the revolutionary action that broke out in Syria in 2011.

The area bore witness to demonstrations on Friday, September 14, which was the second of its kind this month and during which the protesters held signs with the following slogan: “No alternative to overthrowing the regime”

The revolutionary action’s groups diminished for years in Northern Syria due to shelling and the disputes among the opposition factions that controlled the area, which have all restricted the civil action according to their varied affiliation.

After Years of Absence, Demonstrations are Back Again

The reasons that led to the disappearance of demonstrations differed, the reasons for their return to the landscape also differed. In an interview with Hamza Abu Nabil, the General Coordinator of the “Revolution Coordination Groups” in Istanbul, said that the revolution’s audience was losing hope of affecting the world and the international community after seven years of killing and destruction before “their eyes and with the blessings of their silence.”

Abu Nabil attributed the return of the demonstrations to the idea that the Syrian mainstream has sensed the seriousness of the international community’s interest to listen to the voice of the peaceful revolution, especially that the extremist powers are removed, which posed a barrier between the international community and supporting the revolution,” adding that, “if we are to think well of them, it is a barrier, otherwise it would be pretext.”

The demonstrations spread in more than 100 points, expanding from Jarablous, the north-eastern countryside of Aleppo, to al-Ghab Plain, western rural Hama, passing through the center of Idlib governorate and its rural parts and the north-western rural parts of Lattakia.

“The situation seems different today, and the regime did not achieve any political change or detach itself from Iran, so this regime will have to face its own choices and the repercussions of its affiliations,” Abu Nabil stressed.

Abdul Razzaq Sultan, director of the “Revolution Observatory in Northern Syria,” said that of the reasons that led to the return of the demonstrations at such a timing is the decrease of the shelling’s tempo, which targeted the area, giving the people the safety, they needed to go on new demonstrations.

This was confirmed by the member of the “Revolution Coordination Groups” in Hama, Bakar Hamaidi, who pointed out that after the Turkish army took positions in the area, the shelling against the area tuned down, which increased the peaceful action lately.

Reasons behind the Demonstrations’ Absence

The demonstrations did not stop in the Syrian regions due to a diminishing revolutionary action, according to Abu Nabil, but their tempo went down because of the strict security grip in the areas controlled by the Syrian regime and the escape of many activists from its areas.

Abu Nabil said that the demonstrations did not stop in the liberated areas, and what happened on Friday is the greatest evidence to that, believing that this is a proof to the continuity of the peaceful movement. “The demonstrations might have been affected by many people’s skewing towards militarization during the revolution,” he said.

As for abroad, the reasons differed as viewed by Abu Nabil, for the people have lost faith in the international community and the usefulness of affecting it, stressing that following the statements of the representatives of several countries such as France and Turkey and that they commended the demonstrations, demonstrations will be a source of a greater appeal in the upcoming days.

Abdul Razzaq Sultan believes that the demonstrations ceased due to the aerial and artillery shelling, for there was not enough stability for going on demonstrations, which was stressed by Bakar Hamaidi, who pointed out that “when gatherings became a target for the regime, it was impossible to conduct demonstrations.”

“We are rejuvenating the revolution through demonstrations, through preparing for them by coordination between cities, towns and villages inside the liberated areas,” according to Abdul Razzaq, adding that, the “coordination groups’” task is writing “the signs and the expressions that serve our revolution, and giving each Friday a name after studying the matter by the coordination groups.”