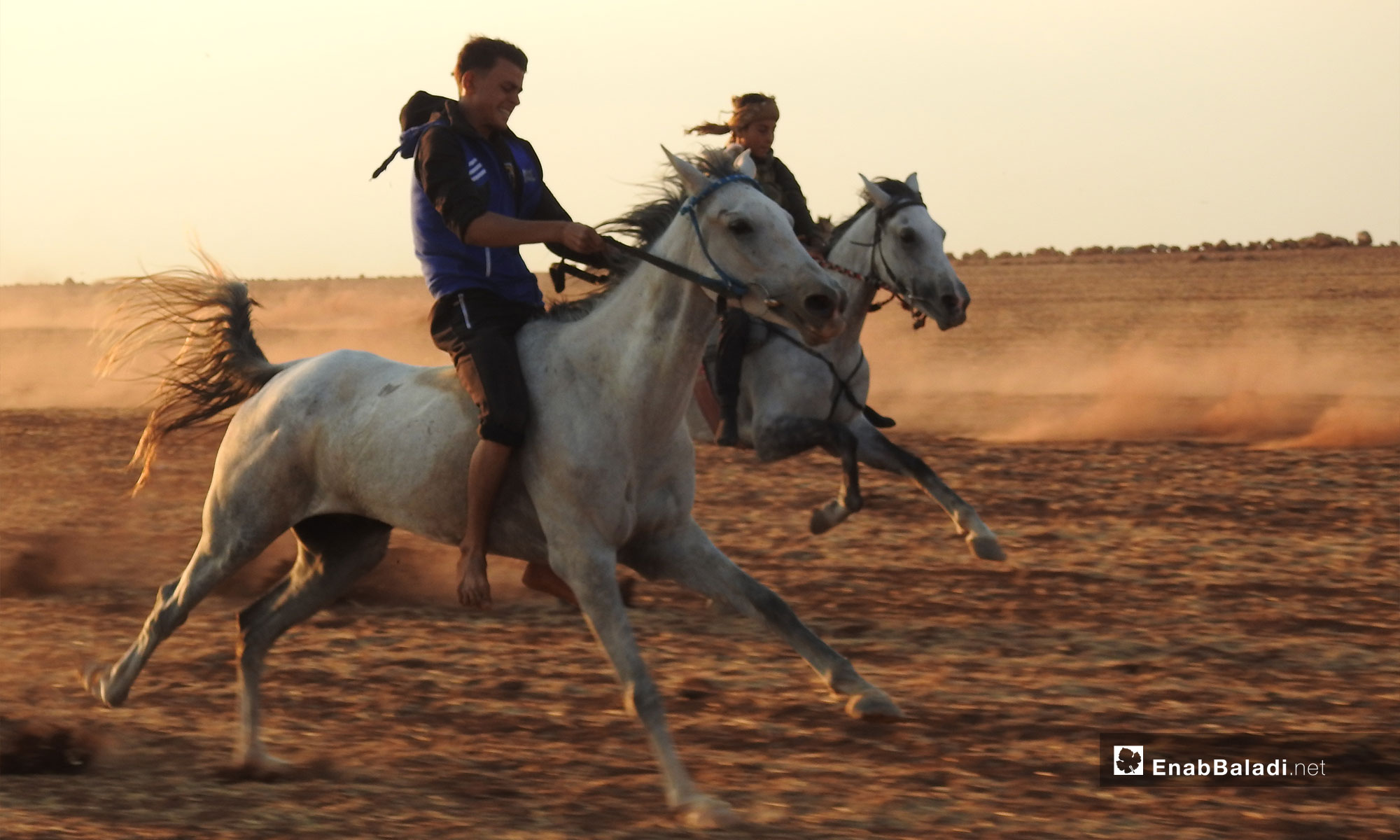 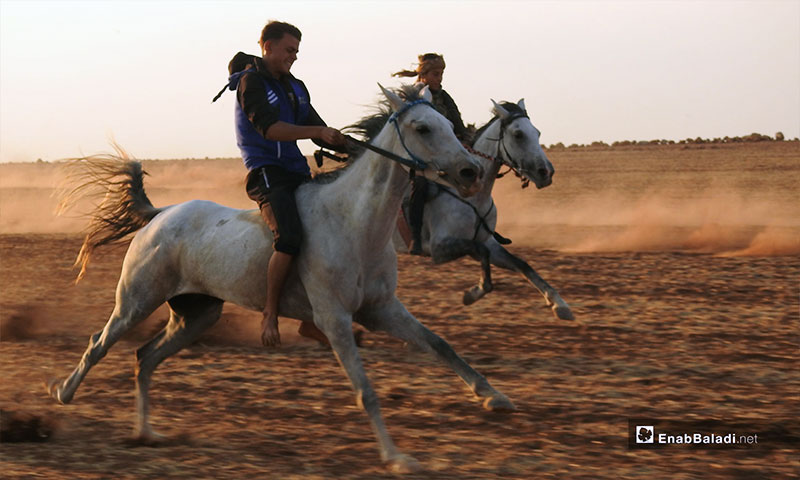 In northern Syria, the pure-bred horses’ breeders have, in cooperation with “al-Fajr” (Dawn) Association for Arabian Horses, organized a horse race festival in the village of al-Nu’man, eastern rural Aleppo.

The festival, which was organized on Sunday (9 September) under the name “al-Asala” (Originality), witnessed the participation of 30 Arabian horses, as the festival organizer Abu Walid Al-Azza has told Enab Baladi, referring to the participation of civil and military entities, in addition to horse breeders from Northern Syria.

Al-Azza added that the festival was divided into four stages. The horses were grouped according to these stages, and it was concluded with the crowning of winners and horses and offering them both material and moral prizes.

The horse breeders, in Northern Syria, organized a similar festival in the village of Nu’man near the city of al-Bab in May, in support of the breeding and preservation of pure-bred horses.

In the past seven years, massive damage befell the Syrian wealth of pure-bred Arabian horses in the different parts of the country, due to incidents of theft and looting by the different parties to the conflict, as well as the death of many of the horses due to shelling.

The registered number of Syrian pure-bred horses prior to 2011 reached 5033, of which 2932 are females and 2101 are males, according to the Tenth Genealogy Book of Pure-Bred Arabian Horses, issued in 2011 by the Syrian Ministry of Agriculture and Agrarian Reform.

Current official statistics about the number of horses in Syria are absent, except for local statistics that are limited to specific areas. In a former interview with Enab Baladi, the Chairman of “al-Fajr” Association Mohamed al-Afandi estimated the loss rate in Northern Syria with about 40%.

Al-Afandi says that dozens of horses have died because of shrapnel wounds and lack of shelter in the wake of the destruction of dozens of stables, while others have died of hunger.

Breeders in Ghouta estimated the losses due to shelling of farms or hunger with about 20%.

Calls for the Revival of Horse Breeding

Since its establishment two years ago, “al-Fajr” Association has been sponsoring horse races, a “unique” phenomenon in Northern Syria. Two festivals took place in the southern countryside of Aleppo; the first was conducted in May 2017, under the title “al-Badiya Festival” (The Desert Festival), in which 35 pure and hybrid horses participated, with “Equestrian Brings Us Together” as a theme.

It also organized the “Green Idlib Festival” in the town of Maasaran early in August 2017 and opened a club for horse riding training in the town of Beshqatin, western rural Aleppo, in July of the same year.

The association has selected 10 of the club’s horses for training sessions for young people between 12 and 17 years of age. Every Friday, the club also visits children at different schools in the area, as a recreational activity and to introduce them to horses, according to al-Afandi.

The “al-Fajr” Association refers to a problem it constantly faces: the loss of horses’ lineage due to the absence of registration in the World Arabian Horse Organization (WAHO). The Association estimates that about 200 horses have been born over the past seven years and have not been registered in the “WAHO”.