Under the Table: An Agreement to Get “Tahrir al-Sham” out of Ghouta 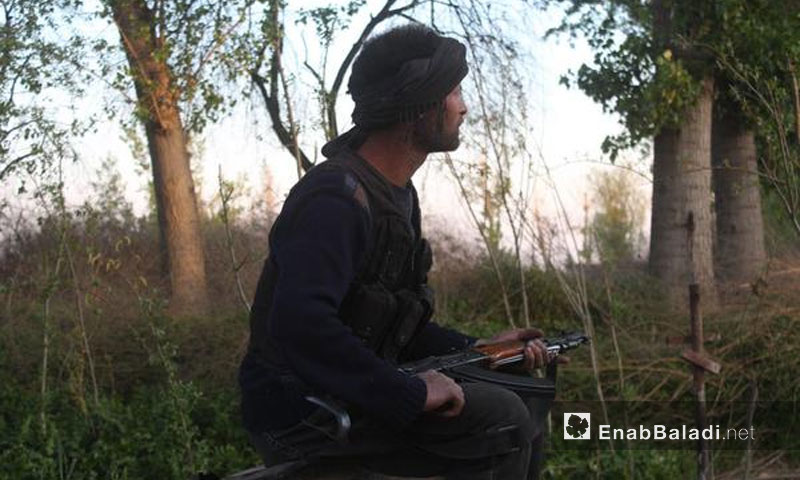 Day after day, the terms of the agreement that will get the fighters of “Hay’at Tahrir al-Sham” out of eastern Ghouta are getting clearer. The past a few days, witnessed a series of developments the first of which was the beginning of the registration of the names of those who wish to leave to northern Syria. This was followed by a movement on the part of the Syrian regime which manifested in the arrival of the buses to al-Wafideen crossing from the direction of Duma city.

These developments came after a series of negotiations conducted by the military factions in the region, the most prominent of which are “Ahrar al-Sham,” “al-Rahman Legion,” and “Jaysh al-Islam.” Each of these factions made negotiations with the Russian side separately.

A few happenings and information paved the way for the emersion agreement, including the latest battle by “Ahrar al-Sham” on the Vehicles Management in the city of Harasta, which witnessed a military momentum in the first three days, then a gradual withdrawal and a decline of military development.

The Delay of “Tahrir al-Sham” Emersion

Despite the arrival of buses to the crossing of al-Wafideen refugee camp on Saturday 16 December, informed sources from Ghouta told Enab Baladi, that the emersion has been delayed to an unspecified time after a dispute over the emersion of civilians alongside the fighters, whose names have been registered in lists.

“Hay’at Tahrir al-Sham” controls the outskirts of Idlib province, north of Syria, and the province has already received fighters from the countryside of Damascus.

Last week, the body of “Hay’at Tahrir al-Sham” witnessed a number of arrests against the background of the transportation decision. Sources, wishing to remain anonymous, said that a dispute between the fighters of “Tahris al-Sham” started after the spread of the news which says that all the fighters will be transported to Idlib.

In a voice recording, which Enab Baladi managed to get, “Abu Mohammad al-Shami,” the military leader of “Tahrir al-Sham” in Ghouta, denied the decision of the emersion to northern Syria.

He said that “Tahrir al-Sham” is preparing a number of military operations to break the siege and open the road.  “How can Tahrir al-Sham get out of Ghouta?” he wondered.

What Do You Know about Tahrir al-Sham in Ghouta?

“Tahrir al-Sham” entered eastern Ghouta at the end of 2012. The Group was established by two leaders: “Abu Hudhayfa Jabha” and “Abu Jaafar al-Iraqi.” Later on, it was led by “Abu Walid al-Urduni”, and then the leader “Abu Asem.”

In Ghouta, “Tahrir al-Sham” is known for the specificity of its operations, especially the battles of Adra al-Amalia, breaking the siege over Al-Malihah, and the final battle named “Worshipers of God be still” in Jubar neighbourhood.

The Group’s fighters implemented a number of suicidal attacks in the regions under the Syrian regime control, the most prominent of which are the bombing of the General Staff Command Building, Air Force Intelligence Directorate and Tumeh Checkpoint in Zamalka.

The number of “Tahrir al-Sham” fighters is 800 in Ghouta and the neighborhoods of Qaboun, Tishreen and Barzeh. Many disputes between them and other factions in Ghouta erupted; the fighting resulted in drawing military borders for the control points of the internal conflict’s groups.

Enab Baladi communicated with the official spokesperson of “al-Rahman Legion,” in the central sector, Wael Alwan, who refused to talk about the agreement’s details saying that “I do not have statements for media about the matter.”

“We are committed to implementing the agreement signed in Geneva in September 2017 with all its provisions.”

According to the sources of Enab Baladi, “al-Rahman Legion” is negotiating the opening of a road from Harasta to its areas in Ghouta, and the “de-escalation regions” in Jubar and the central sector, in addition to the emersion of “Tahrir al-Sham” from the region.

He denied any negotiations after the bilateral ones in Geneva, on August 16, and said that the Russian party did not abide by what was agreed upon.

He added that “the official and non-official announcements to be distributed by the Russian side is nothing but a new series of empty promises and pledges, which come at this time to polish  Sochi Conference, which the revolution’s factions and institutions announced their break away from and [their intention] to not interact with it or with its results.”

Enab Baladi communicated with the military spokesperson of “Jaysh al-Islam,”  Hamza Bairqdar, who confirmed the agreement according to which “Tahrir al-Sham” detainees would be released.

The official version of the agreement was absent amidst leaks obtained by Enab Baladi from one of  “Tahrir al-Sham” fighters,  which entail that one of the agreement’s articles tackles the opening of a humanitarian crossing in Eastern Ghouta with Damascus and stopping the military raids targeting the region.