The End of a Civic Experience 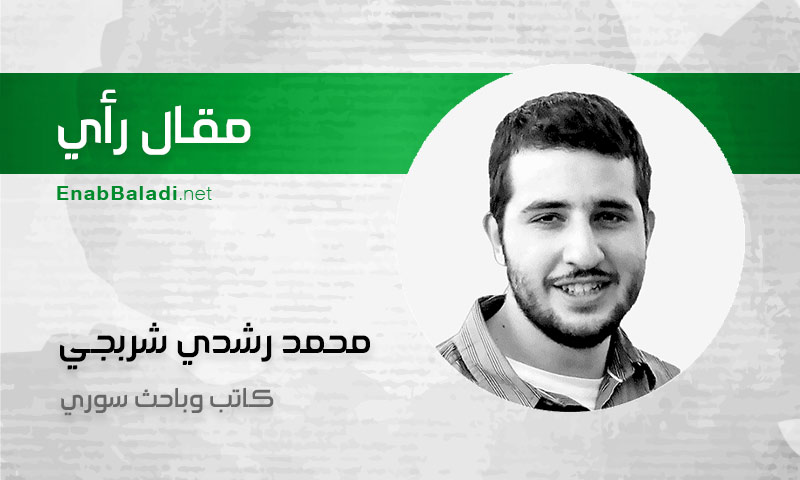 Three months after the Free Syrian Army left Daraya to head to Idlib, the Local Council of Darayya decided to dissolve itself last week and officially end its activities after completing its mission, which was to “exist on its land”, according to a statement issued by the Council.

The Local Council is no ordinary institution. It was founded during the massacre of Daraya in which 500 martyrs were executed by Assad’s forces on the ground. The massacre revealed serious weaknesses and disarray within the Free Army at that time.

Since its establishment in 2012, the founders kept in mind a fundamental goal – to show the ability of Syrians to provide a better civic and democratic alternative, even though any alternative would be better than Bashar al-Assad The Council insisted that the Military Council be under the authority of the Civic Council, a step that was not unfortunately replicated elsewhere during the Syrian revolution. In fact, the opposite arrangement is the most common, especially as many armed factions established their own relief, services and judicial institutions.

The Council had just been formed when Daraya was attacked by al-Assad’s forces in November 2012. The Council had to work in extremely difficult conditions but was able to lessen the impact of the tragedy on Syrians during the years of the siege.  Despite the scarcity of resources and the security situation, the Council was able to manage a relief program from which many inhabitants of Daraya in the villages of Damascus’ rural outskirts benefited.

The work was not easy, especially as many of the most skilled individuals had left the area, including the writer of these lines, and some of the most influential leaders were killed such as the martyrs Mohamed Koraitem Abu Nour and Adnan Murad. This left huge tasks – such as providing aid for tens of thousands of people in need and managing the judicial office, prison, civil defense and media office – on the shoulders of a group of young people who managed to fulfill these responsibilities.

The Military Council (Martyrs of Islam Brigade) later separated from the Local Council under the pressures imposed by the conflict and scarcity of resources but their relationship remained tangled. Representatives from the brigade often attended the Council meetings as active members but without intervening in the work of the judicial office or the services and relief office, as was the case in other areas.

The growing wave of extremism inside the town due to the siege created a dilemma that was difficult to deal with. These extremists often tried to accuse the Council of “secularism, disbelief and heresy” and other strange allegations, going as far as attacking Council members and accusing them of theft and embezzlement. There were even fake pages on social networking websites aimed at tarnishing some people’s reputations as well as accusations of being masonic or Zionist agents and other well-known accusations.

The Council dealt with all these provocations with wisdom and self-restraint, always finding a compromise in one way or another in order to focus all efforts on the conflict with the regime. The Council did not resort to vengeance after an armed group attacked leading members. Instead, it dealt with the issue through the judicial office, thus setting an example that it wished to see followed throughout Syria.

Things were not all rosy of course but the Council succeeded in setting a precedent in the Syrian revolution. It also challenges the position of the international community, which insists that it is not supporting the opposition because there is no alternative. When people tried to establish such an alternative, they were left alone to face thousands of barrel bombs from Bashar Al-Assad, forcing them to flee from their country in the worst ethnic cleansing to unfold before the eyes of the whole world.

As the Local Council of Darraya’s activities come to an end, the revolution is turning the page on the most important experience of organized civic work throughout the Syrian revolution – an experience that the people of Darraya did not want to end but that has been bombarded by explosive barrels and destroyed by the world, along with Bashar.