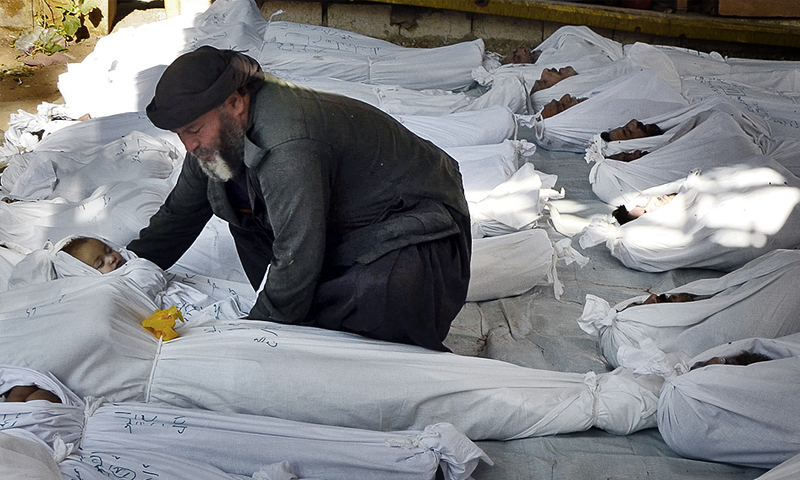 1. Say you are secular: No one really knows what secularism is. In France they say that the bottom half of a woman’s swim suit is the most prominent safeguard of secularism, while elsewhere, things are viewed differently. Either way, when it comes to the Arab World, a secular person is one who drinks alcohol, has an unveiled wife and daughters, and wears a tie. If you happen to be from a minority group, your word will be taken as given.

2. Fight terrorism: No one really knows what terrorism is either. However, if you add all kinds of Islamists to your list of enemies then you’ll be fine. There’s no doubt that the West will criticize you for your open war, but don’t worry about it as criticize is all they will do with any form of actual ‘action’ out of the question. After all, this type of dirty business is something they would rather leave to you. Besides criticism, you can also expect to find someone to write in your defense in the West, and there will always be someone to praise your wisdom and awareness; someone who considers you a model to be preserved and replicated.

3. Beware of fighting religion in public: Of course, fighting Islamists should not be confused with fighting Islam as a whole. Taking such a stand won’t do you any good and will in fact turn people against you. What you should say is that you are against extremism and those who use religion to serve their ‘despicable’ goals; not against Islam as a whole. It also helps to secure the backing of a few Sheikhs who will support you in your cause. This is very easy to do as there are always plenty of these to be found, don’t you worry!

4. Say that you protect minorities: Just say you do; after all, it’s just words and they don’t actually commit you to anything. Even if the numbers of these minorities actually deplete during your reign, it doesn’t matter; what matters is that the ‘safety’ of these minorities, or whatever may be left of them, is connected directly to you. Again, coming from a minority yourself makes you extremely lucky.

5. Say that you support Palestine: Again, just say it. Doing this might be met with some criticism by Western countries, but in return it will provide you with pan-Arab and left-wing movements’ support across the Arab World. The latter won’t care that you have absolutely no intention of firing even one shot against Israel, as they tend to be intoxicated by the words ‘Palestine’ and ‘Resistance’, and a few other words you should use as much as possible.

6. Say you are against the West: You know the drill – just say it. Again, you might get some criticism from a few countries here or there, but no worries; all of them know quite well that your speech is intended for internal consumption, and that your efforts to seek deals with them are endless. However, criticizing the West will grant you the support of the Global Left from almost all over the world. They believe that your heinous actions, especially those against Islamists, are the most powerful slap in the face to global imperialism.

7. Don’t forget Women: It is not acceptable to treat men and women differently in this day and age, especially during massacres. Focus as much as you can on involving women in your battles and massacres, use women in images of fighting terrorists, and try to have her unveiled. Europeans, Americans, Russians – the whole world in fact – get excited when they see women among the rank and file of your soldiers. They take such a gesture as a strong sign of your secularity and open-mindedness and, to them, it signals the possibility of sitting round the table with you and the difficulty of finding your replacement.

8. When needed, hire neutral writers: A neutral writer is more important to you than a supportive writer. Don’t forget that you have become a killer and so it is hard to defend you directly; having a neutral writer would therefore serve you much better. This kind of writer will begin their article by holding you accountable for the current situation in the country, and will close by saying that, despite everything, we should continue to work with you as you are the best available option. Don’t worry, you will find plenty such writers as do not forget that we live in a mercenary world.

9. When needed, call upon the help of the United Nations: The United Nations has not contributed to solving even a single problem anywhere in the world since its establishment, so don’t worry about trying to reach out to them just because your massacres have reached an intolerable limit. Just give the UN a call – they will show some concern at first due to the ‘escalation of violence’, but then they will demand ‘all parties’ to be calm! You and the bodies you slew should try to exercise calmness.

If they don’t offer you a way out, demand an independent international investigation and they will take it from there. This will take them years, and when the results are finally issued, ‘all parties’ will be condemned of committing what ‘could’ be considered violations against humanity.
The United Nations also provides a distinct international cover for your violations. They evacuate residents from their cities, besieging others and starving the people to death; their token visits to prisons and detention centers are prepared in advance. These are but a few of their many forms of coverage.

10. Don’t even think of any of the above as ludicrous, a ridiculous joke or even slightly naïve. All of the above is based on experiences extending over a century in the Arab World. Therefore all you need to do is take on board all this advice – without spilling out over your borders of course – and then you are at liberty to enjoy a free license to commit the most heinous massacres.