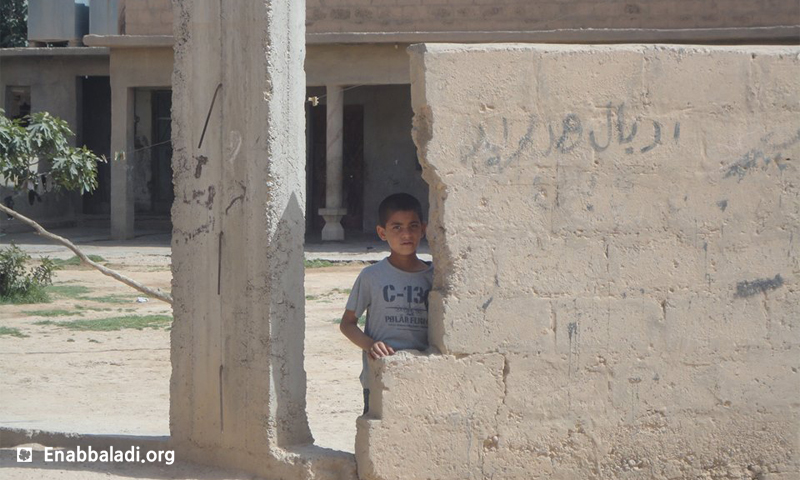 The villages and towns of the countryside of the eastern part of Deir Ez-Zour were famous for forging official documents for more than two decades, which the people of the villages relied on to travel abroad, the thing that created a vast market and centers. Al-Shaheel village embraced the largest market, and the centers maintained their position after the beginning of the Syrian revolution, and even with the control of the “Islamic State” organization over the area, according to the residents.

According to Ahmad Al-Hasan, one of the residents’ of Al-Mayadeen city, says the continued work of the centers was driven by many factors due to the high demand and the absence of scrutiny on official documents in the areas outside the regime’s control, in addition to the absence of punishment for such acts.

“The presence of different factions, particularly Nusra Front, supported the forgery market,” according to Hasan, who considers that forgery was encouraged by the factions, who were “financially benefiting through protection  and brokerage networks whom have a cut of the profits, as well as technical benefits through obtaining all the identification papers, identities, ownership documents and others.”

Forging the travel permissions in the Organization’s areas

Hasan explained to Enab Baladi that “the spreading of the forgery phenomenon created figures that are excellent at what they do, in a way that their work won’t be uncovered,” noting that despite the flee of many forgers, after the control of the “Islamic State” organization over the area, yet many of them still making a living of this craft despite its dangers, as he describes.

Hasan proceeds saying; “usually the contact would be with trusted parties, while different ones benefit from the forged documents including those wanted by the organization,” who change their names and identities, as well as some residents, who turn to forging the papers issued by the organization, including traveling permission,” pointing to the fact that only a small group tends to rely on forging “given the seriousness of the situation that may lead to the execution of those who commit it.”

The organization benefits from forgery

After an appointment and high security measurements, Enab Baladi was able to communicate with one of those who work in the forgery field in the countryside of Al-Bukamal city, to the east of Deir Ez-Zour, who confirmed in turn that the “Islamic State” also benefits from the forgery of documents.

The young man who refused to give his name, choosing instead “Jaber” as a nickname, finished his high school study a few years ago, says that he works as a middleman for one of the forgers, describing his work as “merely a connection between the customer and the seller, and he gets a particular sum out of the money, while the rest of the money goes to the forger.”

Even though Jaber has been arrested many times by the organization, yet he keeps on his ‘middleman’ job, considering his work to be dangerous; “we are exposed to severe penalties that include imprisonment, whipping, financial penalties and even execution.”

The organization that prevents forgery in the areas under his control, benefits in turn from the forged documents, the young man asserts that there are groups who work in the forgery field in cooperation with the organization or with their knowledge. He says; they forge the documents that the organization needs in order to change the identities of their fighters.

Dozens of official seals and printing machines in the city of Deir Ez-Zour, were formerly used in the immigration and personal status departments and were moved to the countryside and sold at very high prices to be used in forgery, according to ‘Jaber’.

He confirms the transfer of large quantities of documents, passports and forms of ownership, in addition to personal identities, and says that they are sold at “high” prices, adding that “the price of a passport may get up to 400$, while personal status records are sold at 20$ and the price of an identity is 50$.

Forgery is an escape gate

Abu Maaz, one of the displaced from the city of Deir Ez-Zour, was forced to forging a new name for one of his sons after he has been wanted by the organization, he believes that forgery “has reflected positively on the residents as it has been helping them escape the grip of the Islamic State organization and getting to other countries.

In his interview with Enab Baladi, Abu Maaz considers what Syrians are experiencing today justifies the means they are turning to, even if they were illegal, adding “in the end we are human beings and we want to live. We had enough human and financial loss.”

Another displaced man, who graduated from the University of Law and worked in the field of justice for many years before he was forced to move to the countryside of the city, where he became a grocery peddler, thinks that forgery “is a necessity to escape the grip of the organization, as well as being a life ring for many of the young men in the areas under the organization’s control,” however, he does not question the fact that forgery is a crime to be punished for, as stated by the law.”

According to “Abu Maaz”, the Syrian law punishes for forgery as stated in article 445 of the Penalty Code, to hard labor for at least five years’ time. The penalty will be at least seven years in case the forged bond was an official document an employer works on, as long as he admits to the forging.

According to “Abu Maaz”, Article 444 of the same law also includes that punishment for those using the forged documents is the same as for the ones who committed the forgery, as mentioned in the previous article, and it also involves those who used it knowing that the document is forged.

Residents see forgery as something positive, given their need for it, as it enabled many young men, pursued by the organization, to flee using forged documents, not to mention that many women were also able to leave the areas under the control of the organization by forging medical reports and residencies abroad that justified their exit, in light of preventing women from going out with no prior permission by the “accountable system”, which follows the organization.

Many of those views surveyed by Enab Baladi confirm that despite the benefit they get from forgery, yet the organization is considered one of the beneficiaries of it. The organization largely relies on forging the documents of their members and giving them new names and identities, which allows them to hide their real identities.