Training Begins in Kafranbel to Document Violations of Archaeological Sites 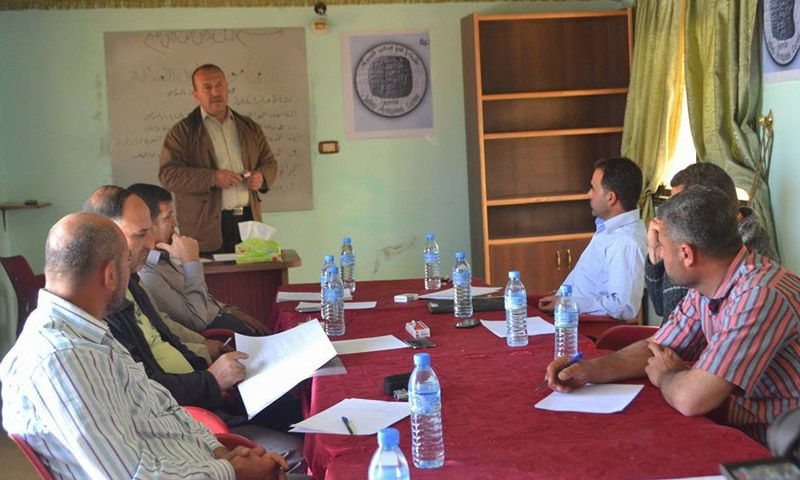 The Lawyers for Justice organization in Kafranbel has carried out a training session in cooperation with the Idleb antiquities center to give information about artifacts from the viewpoint of local and international law, as well as ways of investigating and examining violations.

The session marked the beginning of joint work between the two groups, laying the foundations for cooperation to reach a form of legal documentation used previously in towns hit by the war, with the aim of arriving at an advanced state of defense, administration and legal adaptability regarding cultural property, head of the “Free Idleb Antiquities Center” Ayman Nabu told Enab Baladi.

Nabu said the most important themes of the training session, which lasted two days, were “explaining antiquities within international and humanitarian law and the most important agreements which nations have signed to protect cultural property,” adding that, “We explained the role of the International Criminal Court, and asked if the destruction of antiquities is a war crime covered by the court.”

The session also addressed measures for legal documentation and tools for research, investigation and inquiry into violations occurring at antiquities sites.

The lawyer Osama al-Saba, a member of the Lawyers for Justice group, said that “the investigation and documentation of violations is a highly legal matter,” indicating that the organization has been concerned with documentation and has been working on it since 2014, but the lack of cooperation with another group hindered the efficacy of the work until the agreement with Idleb’s antiquities center.

“Destructive incidents and exploitation by the regime to gain international sympathy and support… and our indifference to the antiquities around us despite their historical and international importance” were the primary motives for organizing the session, according to Saba.