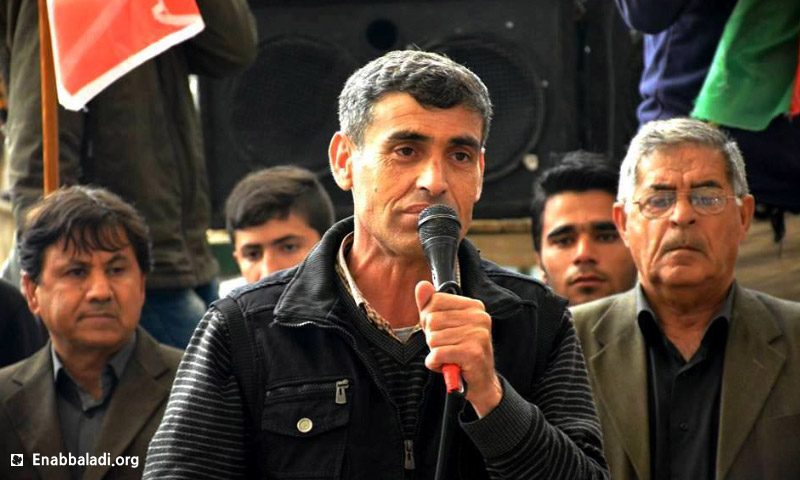 Two hundred representatives of the “self-administration” in the regions of Al-Jazira, Ain al-Arab (Kobani), and Afrin reached a final agreement on the terms of federal rule on Thursday, March 17.

At the close of the conference which was held in the city of al-Ramilein, Hassakeh, which lasted for two days, with the attendance of representatives from the self-administration and political parties and advocacy blocs, Hadiyeh Youssef, the former president of the Al-Jazira area, and Mansour Saloum, president of the self-administration in Tel Abyad, were elected as joint presidents of the constituent assembly for the federalist system in the Kurdish-controlled areas of northern Syria.According to information obtained by Enab Baladi, it is expected that the participants will elect a regulatory authority for the assembly comprised of 31 members, with the possibility the number will change.

According to the document issued by the conference, the mission of the authority will be “implementing what was stated in the charter of the democratic union system of Rojava, northern Syria, into practice within a maximum period of six months.”

A member of the conference, Ali Jamal, told Enab Baladi that Syria lived in a state of war and political vacuum which needed to be filled, describing federalism as “a system built on coexistence and respect for one another. It will definitely be a better example for the future of Syria.”

Regarding the simultaneous rejection of the Syrian opposition and the regime of the federalist project, Ali said: “The regime will definitely oppose any project that revives the region, because it is the reason for the situation becoming what it is. But the opposition should support the project, not oppose it, because autocracy creates domination and oppression. Federalism is far from autocracy and centralized authority.”

The opposition, represented by the Syrian National Coalition, rejected any preemptive project “confiscating the will of the Syrian people.” The council warned against any attempt to form entities or regions or administrations, saying that the principles of the Syrian revolution “are built on the necessity of ending oppression and establishing a pluralistic, democratic civil state which preserves the rights of all Syrians of different identities, religions and sects.”

The Syrian regime meanwhile said the Kurds’ establishment of a federalist system in its areas “will not have any legal or political effect.” Official Syrian news agency SANA quoted a Foreign Ministry source as saying that any announcement in this respect “has no legal value. The launch of federalism will be a violation of the unity of Syrian territory, and contradicts the constitution, national concepts, and international resolutions.”