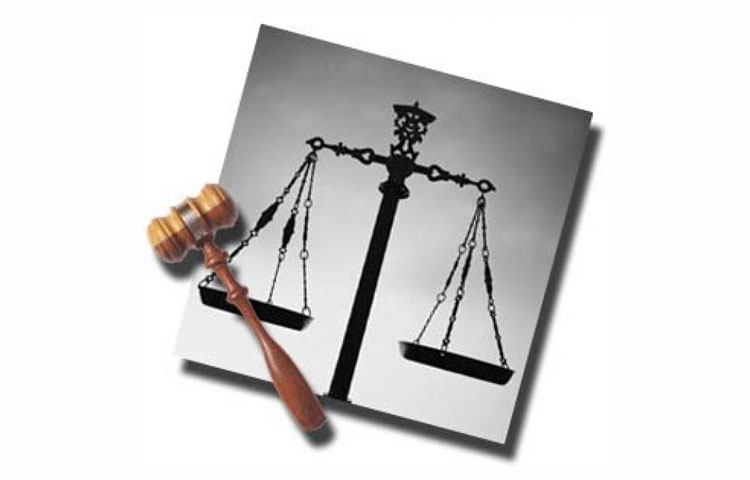 After the Sharia Boards became a reality, especially in Aleppo and Aleppo Countryside, and after Sharia interpreters assumed judiciary positions, legalists like Councillor Khaled Shabib saw that it is necessary to establish a specialized institute to train judges. These training courses teach judiciary principles and qualify the trainees in order to take the profession of ‘a judge’ in those courts. They established the first institute to produce Syrian judges in liberated areas and it was officially authorized in England and started functioning.

The birth of the ‘necessity judges’ is not an easy matter. The training curriculum was created after checking the judicial institutes in Qatar, Kuwait, Bahrain, and Jordan. The institute teaches some special principles related to the judiciary like: rules of writing minutes, rules of writing records and provisions. It also qualifies judges to manage courts.

The institute noticed that persons currently working in the judiciary inside of Syria have degrees in Sharia or they are Sharia interpreters who do not hold a degree in Sharia or they are legalists with limited experience. The institute will only train those who hold an academic degree and those without degrees will undertake a training course to take up judge assistant position.

According to Shabib, the judges were trained in court management in Turkey. Afterwards, they undertook a special training course in Qatar. As a result, Qatar granted a training degree for the trainees and 800 judge graduated from the institute.

Why the Unified Arab Law?

According to Khaled Shabib, The Judiciary Institute adopted the implementation of the Unified Arab Law because ‘it is credible from The Arab League and implemented by several Arab governments.’

Also, it represents the aspirations of Syrians inside Syria because it is derived from Islamic Sharia.

‘Most people accept the implementation of Sharia because it preserves peoples’ rights and most none-extremist factions accept it for the same reason,’ Shabib adds.

Shabib considers the armed factions which established their own judiciary and their own courts to be illegal. Especially those who reject the implementation of the law and claim to implement Sharia. Shabib describes these courts as ‘field courts’ and he thinks it is not of Sharia nor of the law for the country to be managed without a law. Even those who claim to prohibit law have their own texts and generalisations. In fact, that means that they created their own laws.

Regarding Sharia based prescribed penalties, Shabib says, ‘prescribed penalties must not be implemented in war times. Even if the suspect was put to trial and had been given a certain verdict, implementing the verdict should be delayed until we have a state and then the state would look into the case. Now, the suspect has to be given a chance and be put in prison to reform his actions.’

The Judiciary Institute was coordinated with Unified Judiciary Council in Aleppo according to its director Shabib. The coordination happened as Aleppo was the first city to establish a judicial experience from outside the revolution. The Unified Arab Law was ratified then as a reference for judiciary. This experience was adopted by several Syrian cities like Manbej, Haram, Darkush, and others. Early in 2013, the Higher Judiciary Institute proposed training the judges appointed by armed factions in their courts. The armed factions inside Syria were receptive of the offer. Some armed factions provided the institute with executive power to serve the judiciary. However, the role of these courts retreated fast when ‘Islamic State’ appeared on the scene along with the strengthened role of al-Nusra Front in the middle of 2013. Both ‘Islamic State’ and al-Nusra Front rejected cooperation with any party that proposed implementation of law in Syria.

Criticism to the Higher Judiciary Institute

Legalists and jurists criticized the institute on a number of issues. The most prominent of which is that the institute worked to qualify judges in a very short time that does not exceed 10 days. Also, the institute accepted holders of academic degrees other that law degrees to be granted entrance to the training course. Jurists consider that giving legitimacy to those unspecialized trainees to work in judiciary profession is problematic. Alongside these criticisms, legalists denied any degree given from one state to another regarding judges’ qualification.

Concerning this issue, Judge Anwar Mijni, member of Free Independent Syrian Judiciary, said, ‘we were supposed to be given priority as a legal counsel to qualify and appoint judges, but judiciary position is an authority and we do not claim we have that legitimacy. We are founding a nucleus for a judicial authority in the future.’