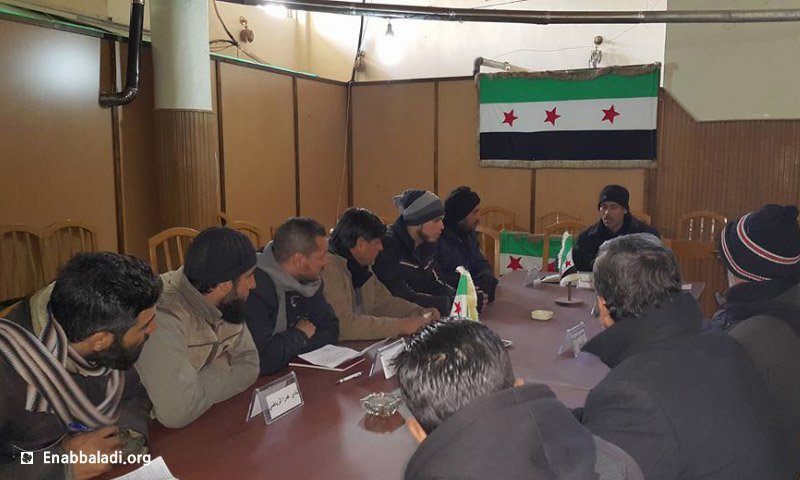 The meeting aimed at unifying sport activities in a unified sport body in sponsorship with Damascus Countryside Governorate Council (a subordinate of Syria Interim Government).

The assembled clubs elected ‘a management committee’ constituted of 7 clubs. The committee will look at other clubs’ experiences and their facilities and staff in order to overcome obstacles and set their own structure and procedures to unify sport activities.

‘Management committee’s role is to end with the formation of an ‘executive committee’ after four months of conducting its first session according to Hasun. He explained that the committee has several missions like visiting all clubs in Eastern Ghouta to observe sport activities and functions of each club. He described the election procedure as positive.

According to member of Damascus Countryside Governorate Council and Chief of Douma Sport Club, engineer Aghyad Othman, it is the second meeting of the type on the level of Eastern Ghouta Office. He considered working to set terms of incorporations for the sports in Eastern Ghouta is very urgent at this point.

Othman said to Enab Baladi, ‘the meeting is a start to form a general sport union in the ‘liberated regions’ to reduce stress and reactivate sports under siege and shelling.’

Misraba (a town in Eastern Ghouta) Sport Club’s Chief, Nihad Rasul said ‘the meeting is a first step to equip the clubs’. He added, the members of the management committee will meet next week to set the procedures and follow-ups.

Unifying sports clubs is the first attempt since the siege three years ago which reflected negatively on human and sport activities in Eastern Ghouta.