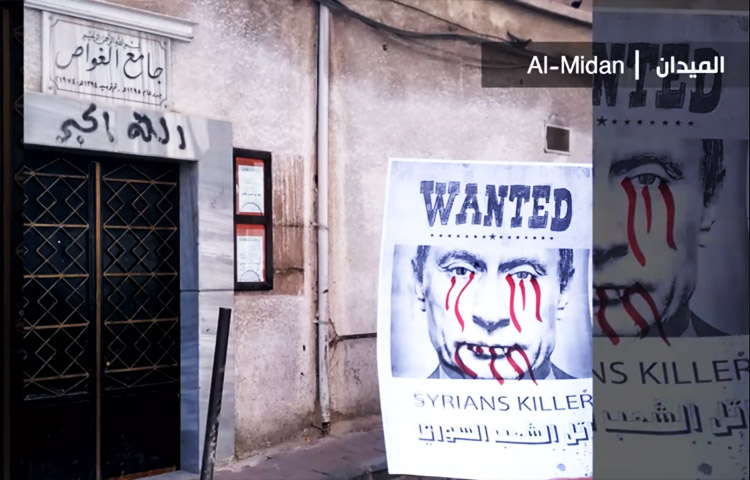 Last Sunday, activists in Damascus launched a campaign called “Russia is a partner in killing the Syrian people .”

The activists distributed pamphlets containing photographs of Vladimir Putin and included a written text saying, “the killer of Syrian People.”

The activists who launched the campaign reported, “objective of the campaign is to send a message to whoever is supporting Russia which has been killing the Syrian people. Also, it is a challenge to the regime in a city which the regime has transformed into a military barrack and deployed its checkpoints and soldiers.”

On Sunday evening, Military aircrafts targeted Douma and caused the killing of more than 40 civilians and tens of wounded. Furthermore, Douma was hit by cluster rockets coinciding with shelling of other areas in Eastern Ghouta.

In contrast, pro-regime areas welcomed the Russian intervention and some described Putin as the “savior”. Regime’s religious advisor, Ahmad Hasun said: “Our Russian brothers and Iranian advisors did not enter Syria without regime’s knowledge. In fact, they came here to defend themselves, too.”